Sanhita Kargupta could not breathe. She was hyperventilating in her bathroom. “There’s no air,” she gasped to her family, who could not understand what was happening to her. She was rushed to the hospital, where a psychiatrist told her she was “over-stressed” and sent her home. She was 28 years old. Eight years later, she began sucking her thumb and hallucinating.

“It was the lowest point in my life,” says Sanhita, now 51, a respected psychotherapist and master-practitioner of neuro-linguistic programming (NLP) based in Kolkata. “To all outward appearances, I was a hugely successful businesswoman, wife and mother. Inside me, I was shattered and in pieces.”

The episode forced the younger Sanhita to take stock of her life and make a radical change. Born in Kolkata, Sanhita did her higher secondary in Mumbai as her father was posted there at the time. Worried about her fondness for modeling – and afraid that his daughter would join the glamour industry – Sanhita’s father took her back to Kolkata to complete her Bachelor’s in English literature there.

“It was a culture shock for me,” she says. “I felt like an animal in a cage. People were so curious about me.” Looking for a way out, the teenager married a man 10 years older than her, and had a baby at 18. “My husband was a drug addict and an alcoholic. I married him to fix him,” Sanhita says in retrospect. “It was a pity marriage.”

Disallowed to study, Sanhita felt stifled, and left the marriage. She began working as a photo-journalist and moved to Nepal, taking her baby along. “People weren’t okay with divorcees at the time, so it was easier to just move away,” she explains. But her mother despaired for her wellbeing, and brought her back to Kolkata, where Sanhita joined the leather-goods industry.

Soon, when her daughter was just three years old, Sanhita had an arranged marriage to a widower with a 12-year-old son. She started her own business in exporting leather goods. Though the business grew exponentially, her marriage began falling apart.

It was only after her breakdown that Sanhita was forced to relook at her life and choices. “I had become codependent but I didn’t know it. No one in India knew what that was,” says Sanhita of the behavioural condition that is characterised by an unhealthy and excessive reliance on other people for approval and a sense of identity.

She first understood her problem after reading family therapist Robin Norwood’s self-help book Women Who Love Too Much. “The book pointed out that many women find themselves repeatedly drawn into unhappy and destructive relationships with men, and then struggle to make these doomed relationships work. I learnt about codependency, and also realised that it’s a problem that plagues women everywhere, not just India,” says Sanhita. 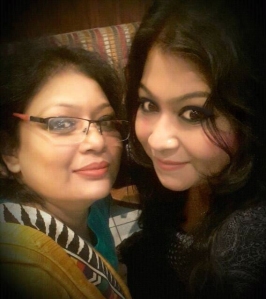 Advised by her psychiatrist to live alone for a while, Sanhita separated from her husband after 17 years, and gave up her business. She studied psychotherapy, psychoanalysis, and transactional analysis. She joined various self-help groups, and went into therapy.

She did her Master’s in psychology, a post-graduate diploma in counselling, and trained herself in John Bradshaw’s inner-child healing, dance therapy, art therapy, NLP tools, automatic writing and various visualisation techniques.

Eventually, she could breathe again. “I was cured,” she says.

But now there was so much work to do.

“The psychiatrists I went to had no clue about codependency or the ‘wounded inner child’. These disorders manifest in so many areas in our lives, but clients need long-term help and support. So mental-health specialists are not keen to take them up,” she explains. Besides, the patients themselves are often in denial, which makes diagnosis and help close to impossible.

Sanhita began doing one-to-one counseling sessions using psychotherapeutic modalities, and now has a client base around the world. Supremely knowledgeable and passionate about her subject, she has begun conducting workshops on inner-child healing, explaining the theory and designing techniques to heal wounds of the past that lead to behavioural issues later in life.

“I’ve suffered a lot due to the wounded inner child in me, and no doubt I’ve hurt my own daughter too in my ignorance while raising her,” says Sanhita regretfully. “We cannot change the past but we can change ourselves for the future,” she adds, explaining why she is so careful around her grand-daughter. “I don’t want people to make the same mistakes I did.”

Sanhita will be conducting short workshops on ‘inner-child healing’ in Delhi in September, Kathmandu in October, Mumbai in November and Kolkata in December. For details, write to Sanhita at psychotherapist.sanhita@gmail.com or call 9830299398.

2 comments on “She Hit Rock Bottom, Then Realised the Only Way Out Was to Heal”