Born and brought up in Lucknow, the city of Nawabs, the current executive director of the Delhi-NCR Chapter of The Indus Entrepreneurs (TiE), Geetika Dayal had entrepreneurship thrust upon her at an early age. She was in the final year of college when her father passed away and the brunt of managing the day to day running of the business fell on her young shoulders.

“I hadn’t even entered a bank till then,” she recounts. The middle one among three children, Geetika’s elder sister was at that time married and settled in the US, while her younger brother was studying in Delhi. The family coped with the loss and supported each other through the journey. She learnt the ropes as she went along and even took up a job to enhance her know-how of her father’s business. It wasn’t easy but she did it for five years.

A hiatus followed marriage that came with a move to Kolkata, and the subsequent birth of her son. After half a decade of managing and wrapping up her father’s business straight out of college, she thoroughly enjoyed playing homemaker and mother. But after having shifted base to Delhi and with her son off to play school, Geetika felt the need to do more. 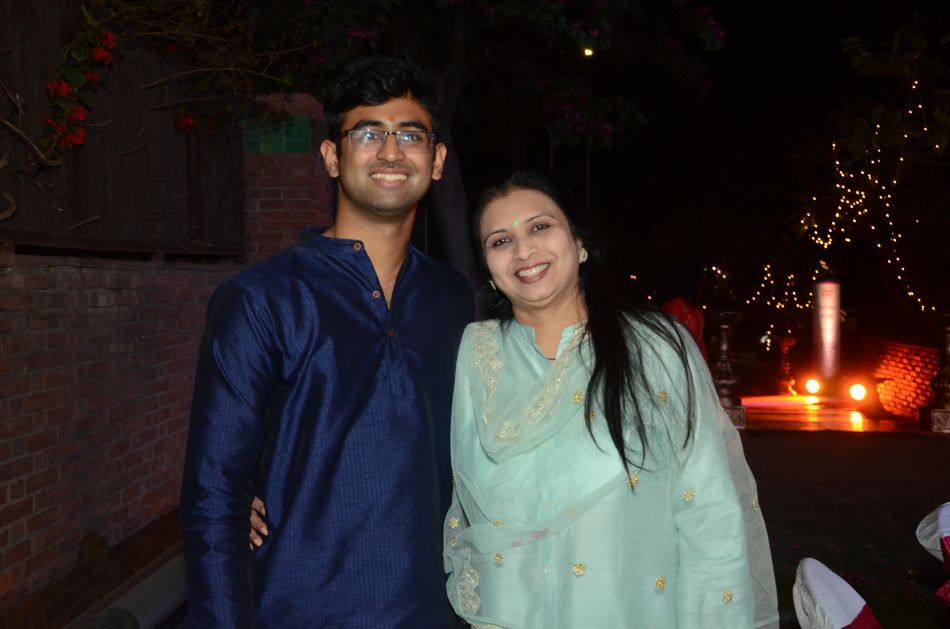 “I decided to look for flexi-time opportunities. That’s when TiE was setting up in Delhi and I was fortunate to be at the right place at the right time,” she narrates. TiE is a global entrepreneurship organization that enables entrepreneurs and investors through mentoring, education, networking, funding and incubation.

“It brought me in contact with wonderful people from whom I learnt a lot,” says Geetika, who is deeply inspired by all those women who have become global brands such as Indra Nooyi, Oprah Winfrey, Estee Lauder, Mary Kay, and Kiran Mazumdar Shaw.

Challenges ahead for women entrepreneurs

Sometimes women entrepreneurs in India have incredible ideas and skills but don’t know how to turn them into tangible, successful ventures.

To such women, Geetika suggests finding a co-founder who has a complimentary but not the same set of skills as yours – sort of like yin and yang. Finding a mentor always helps, as does spending time on research and doing your homework, she says.

Another important aspect of being a successful business woman is not being afraid to ask questions, Geetika adds. If you will fear asking questions, you’ll never expand your knowledge base and stay where you are.

And what if you’re a working mom? Geetika believes that it is possible to be an entrepreneur at any age and stage in your life. She tells us about Nirmala Kandalgaonkar, founder, Vivam Agrotech. Hailing from a small village in Maharashtra, she started her journey from a housewife to an entrepreneur at the age of 50.

“She has helped bring electricity to many homes across villages and empowered not just herself, but several other people making a deep impact in regions that need it most. I salute her innovative and entrepreneurial spirit,” Geetika says.

Inspiration is not far from home, as she also admires her sister, Namita Asthana, who took up the herculean task of setting up a bistro in Houston, USA. She has been running it successfully for almost three years now and has shown exemplary commitment to the concept of farm to table.

“On the personal front, working moms should focus on good health, sleep and building a support network. And on the professional front, focus, time management and planning ahead really help.”

When we asked her about her take on women having it all, she is quick to retort: “What does ‘all’ imply? No one ever has it ‘all’. You always want more or you want something different. As they say, the grass is greener on the other side. As long as you are able to achieve what you want and have all that you need to feel satisfied and accomplished, that is enough. Instead of chasing after ‘all’, be the best at what you do. Once you take the first step, the journey begins.” 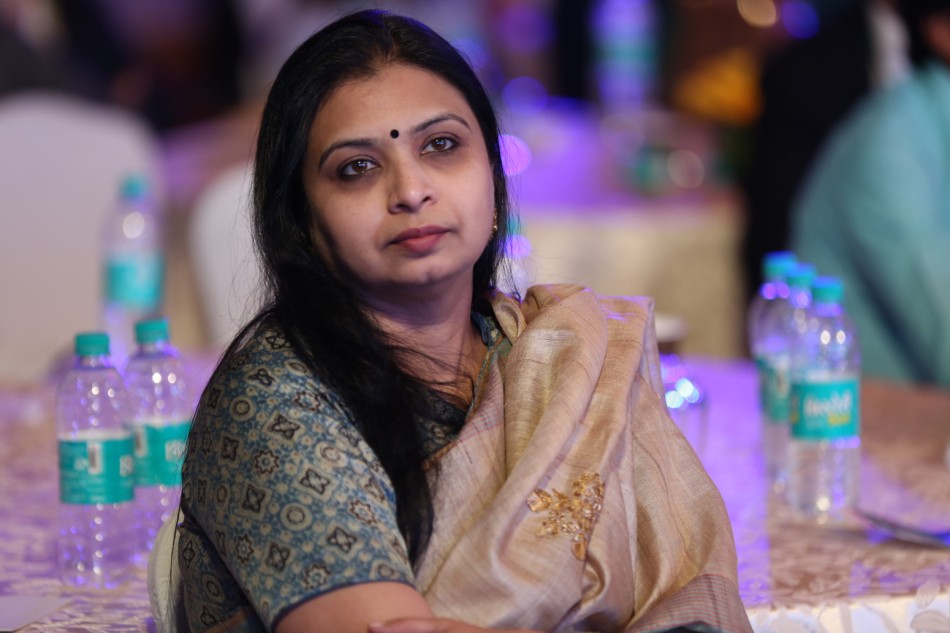 The conversation automatically flows towards millennial entrepreneurs. “This is a generation that has the world at their fingertips at the click of a button. They are more familiar with all things tech, they have access to knowledge, networks and are brimming with ideas. The only word of caution for them would be not to get carried away by seeing only the glamorous side of a startup and not taking into account the hard work and perseverance it takes,” says Geetika.

“Instead of dreams of making a quick buck, they should build sustainable businesses that they would be proud of. We need millennial entrepreneurs in our country and helping make them successful lies at the core of our mission.”

The tide is turning towards emotional intelligence in the business world, and Geetika, too, is an advocate of the same. Women have a lot to offer in that respect.

“Emotional intelligence is an integral part of every sphere of my work – whether it is with regard to my team, our members, partners et cetera. It plays a key role in making our efforts successful, effective and impactful. It brings empathy and awareness to my work which helps in building long-lasting relationships.”

More than any degree or qualification, Geetika says, attitude matters as much as, if not more than, aptitude.

0 comments on ““No One Ever Has It All, Just Be the Best in What You Do” – Startup Mentor Geetika Dayal”

This summer, to help families, Covid warriors, caregivers and patients struggling with loss and grief in India due to the second Covid wave, a group of 11 counsellors and life coaches led by Nasreen Khan came together to launch a free counselling service called Listening Hearts.⁠
Peacebuilder, human-rights defender and anti-nuclear activist, Lalita Ramdas has spent a lifetime fighting for the good cause. The founder of @GreenpeaceIndia and former chairperson of @Greenpeace International, Lalita says she draws her values from the Constitution of India.⁠
Award-winning US-based filmmaker @manjarimakijany shares her inspiration behind the new Netflix release @SkaterGirlFilm and the challenges of building Rajasthan's first skatepark.⁠
After years of struggling with personal issues and understanding her purpose, Australian clinical hypnotherapist Jodi Clarke is now launching an international Health, Weight Loss and Wellness Show for women over 40. ⁠
Raja Parba is a three-day festival of Odisha, India, that falls in mid-June each year and gets celebrated with incredible gusto and galore across the state. ⁠
In episode 4 of ‘The Brown Box’ podcast for eShe, host @Rani.Jeyaraj speaks to travelpreneurs @ritz_goyal and Smitha Murthy about their fondest memories as travellers and why travel is as much about inner journeys as external ones.⁠

The Pandemic Through the Eyes and Reading List of a Bibliophile 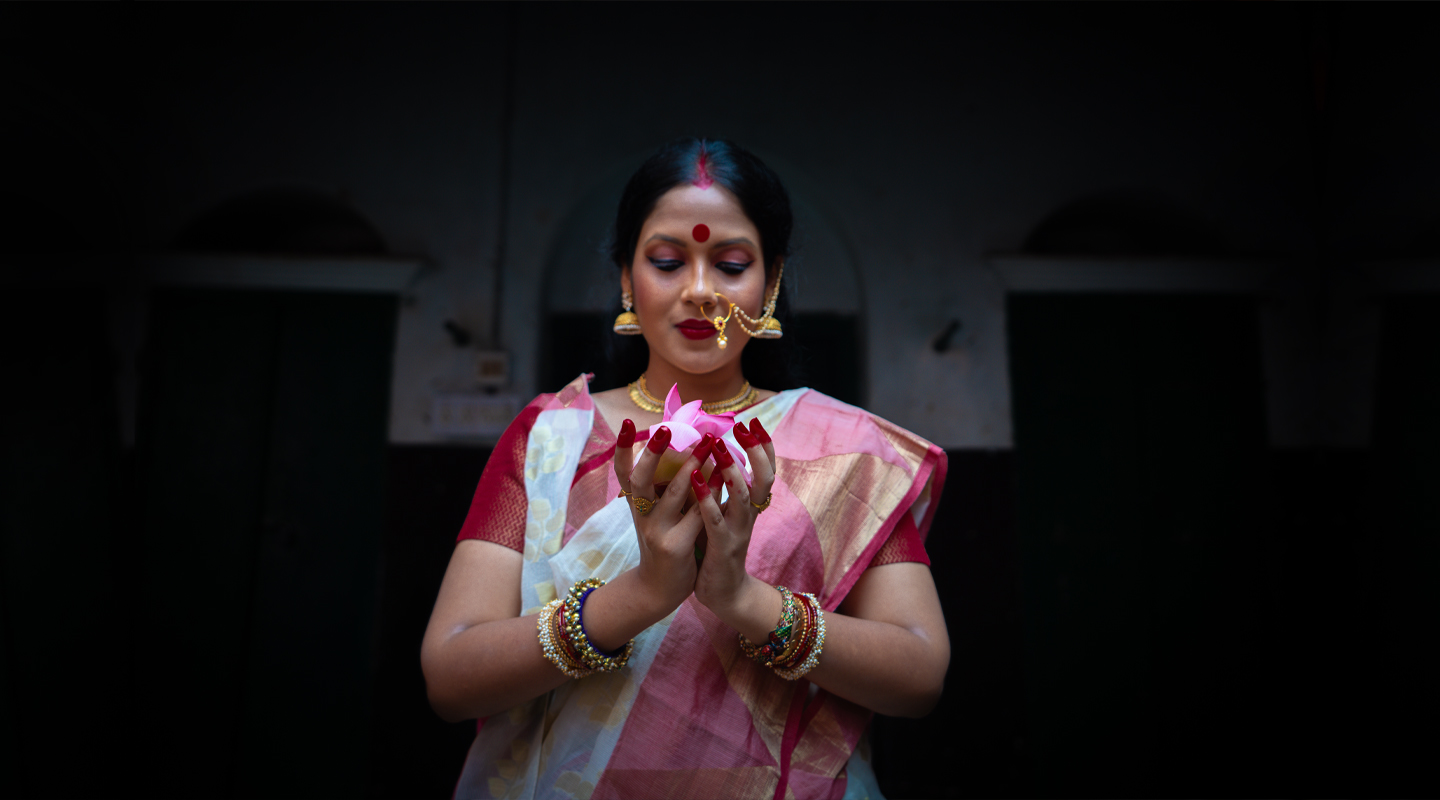