Former UK prime minister Tony Blair’s wife Cherie is her ‘BFF’ – “I am in awe of her intellect”. She hangs out with the who’s who of American politics and culture – Bill and Hillary Clinton, media mogul Oprah Winfrey, human rights activist Kerry Kennedy, actor-activist Whoopi Goldberg… the name-dropping could go on endlessly, really.

But what strikes you immediately about Irish-Indian-American humanitarian Meera Gandhi is her youthful exuberance and do-gooder earnestness. Every now and then while recounting her life’s journey, she breaks off into thoughtful tips on personal growth.

It is certainly a useful quality for a global philanthropist whose special skills include networking with the high and mighty to raise funds for children in India.

Meera’s story begins when her father, who was in the Indian Navy, went to Dublin to train with the UK’s Royal Navy, and fell in love with an Irish woman. Born and brought up in Mumbai, Meera met and worked with Mother Teresa in her teens, an experience that left her forever changed.

She graduated in economics from Delhi University, and went on to do her MBA from Boston University School of Management, followed by an executive education program from Harvard Business School.

She married one of her B-school classmates, settled in the US with him, and had three children in quick succession. 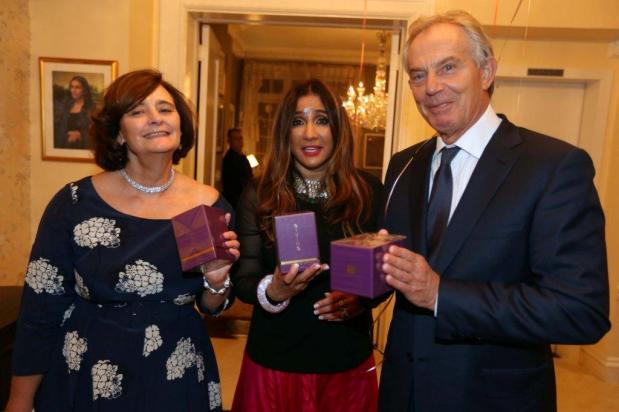 Her initiation into American high society and philanthropy began early. She volunteered at charitable events, and was on the committee that selected notable personalities for receiving the Eleanor Roosevelt Award for Human Rights.

“One day, I got an invitation to 10 Downing Street for cocktails and supper – there was no other detail, no ‘London, UK’, just those words on a red card with two horses on the side,” she recounts with merriment.

It was the beginning of a very ‘special friendship’ with the Blairs, each supporting the other’s charities. “As a young person, you may wonder what your path really is, but I’ve learnt that one just has to take the first step. As Rumi says, when you start walking, the road appears.”

In 2010, Meera founded The Giving Back Foundation, which has adopted New Delhi’s St. Michael’s School, and sponsors its meals and upkeep. It also identifies and sponsors entities and individuals across India, Turkey, Hong Kong, US and UK.

The foundation often conducts workshops on de-stressing and happiness, and Meera also has her own TV show featuring interviews with inspiring personalities.

On Valentine’s Day 2014, Meera had an amicable divorce, a date chosen to endow a humour element, and is on good terms with her ex while she “lives her own life”. 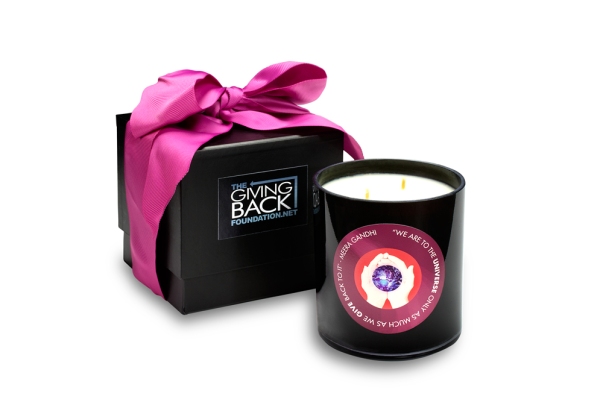 Two years ago, she launched merchandise including The Giving Back Candle, and a curated music CD. She is now out with her latest endeavour: the Giving perfume.

“I began the process 10 years ago, visiting perfume houses in south of France to develop the scent I wanted,” she recalls. Made of 28 essential oils that took six years to perfect, the fragrance comes in special purple-coloured, hand-blown diamond-shaped bottles imported to the US from Normandy.

Priced at $165, with a smaller variant at $25, it was launched in the US last July and has already won an award. It hits the Indian market this month.

“The concept behind Giving is embracing humanity, spending more time being loving and kind,” she explains.

“Every moment is important to me. I live in the now. I believe one should choose one’s words and moments carefully. We get only one opportunity to craft our lives.” Meera is most certainly making the most of hers.