At any given time, Ritu Khandelwal is working on 60 to 70 large-scale interiors projects around India, ranging from schools to hotels to luxury residences, but that doesn’t stop her from setting up design festivals. “The best part about my work is the constant change,” says the Jaipur-based architect, whose reputation for restoring heritage properties precedes her.

Born in Raniganj, West Bengal, which is famous for its coalfields, Ritu’s family moved to Rajasthan when she was three years old, where her father took up stone mining. While studying in a public girls’ school in Jaipur, and encouraged by her talented singer-mother, Ritu enthusiastically took up a multitude of activities – from dancing to painting to drama and sports. But by class 10, she was sure she wanted to be an architect.

She sat for the state pre-engineering exam and, to her surprise, was ranked among the top 100. Contrary to her teachers’ advice, the 18-year-old insisted on signing up for a five-year architecture degree instead of four years of engineering. “You’re mad,” her teachers and peers chided.

Due to her family’s modest means, she joined the then newly opened Malaviya National Institute of Technology in Jaipur and was the first student to register for its B.Arch course. “It was in a bad shape; we had no facilities,” Ritu recalls. Spurred to educate herself, she accompanied her friends to more prestigious colleges, and began doing projects for free for their students as a method of learning from the best. “Being in a bad college ignited the fighting spirit in me,” she explains.

Her passion spurred her college friend Sandeep Khandelwal to take more interest in studies – and in her! Their relationship would culminate in not just a personal partnership – they married seven years later – but also a professional one, as they set up their firm Sthapatya Architectural Design Studio together a year after marriage.

With Sandeep’s love for nature and travel, and Ritu’s affinity for art and culture, the couple chose to highlight Indian crafts and design traditions in their work. Over the next two decades, they restored architectural marvels such as the 230-year old Alila Fort in Bishangarh and the Shahpura Haveli in Jaipur, and worked with hospitality clients especially those who wanted to convert ancient mansions or palaces into modern-day hotels while keeping the region’s traditional architecture intact.

They also made a name for themselves doing up old havelis, besides schools, colleges and institutions, and for the innovative use of stone. “We tend to use a lot of Rajasthani fabric and craft,” says Ritu, who is mother to a 21-year-old daughter and an 11-year-old son. Even so, despite the accolades, she felt there wasn’t enough interaction between the design and craft communities in India, at least at a commercial platform. So she set out to fix it.

Along with Shalini Agarwal, who is a well-known name in Jaipur’s exhibition circuit, she set up NineDotSquares, a unique design festival that brings designers and craftspersons together. Given Ritu’s love for music, it included a Sufi night as well. “Poets are gods to me,” she says passionately, explaining her choice of entertainment over rock bands. “When it begins, I just go sit in the crowd and forget myself.”

Ritu’s love for work overshadows her interest in fame. Always hesitant to “show off” her work to people, the self-effacing perfectionist often feels, “This isn’t enough. What’s there to show?” Despite all the acclaim, she is rather detached on the inside: “I run after my passion. If I am not feted it wouldn’t bother me, but it does bother me if I am not able to do justice to my work.”

It’s a philosophy that the legendary Rancho from the blockbuster Bollywood film 3 Idiots would have approved of: “Pursue excellence, and success will pursue you.”

First published in the February issue of eShe magazine. Read it for free here. 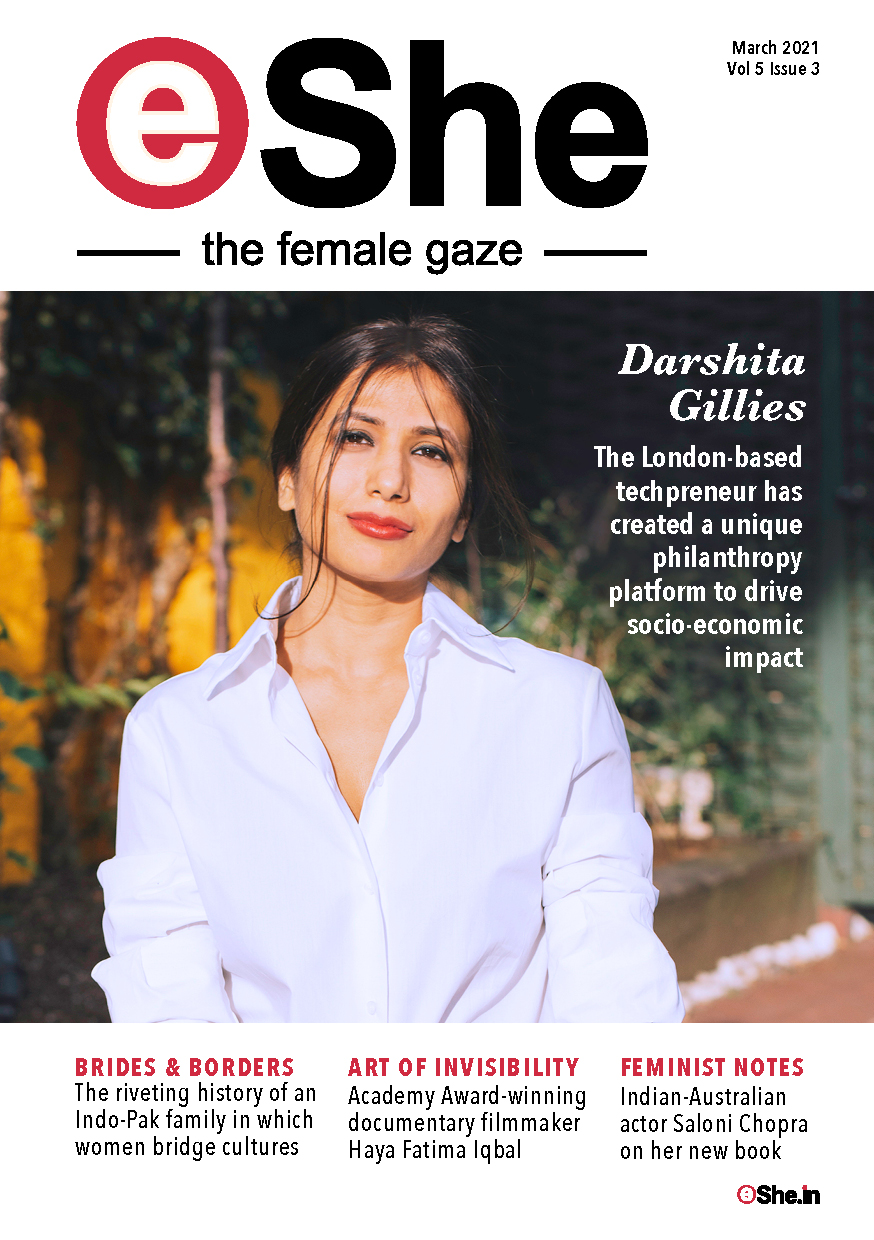 London-based entrepreneur and philanthropist Darshita Gillies is using technology to connect impact investors with those doing good in the world.⁠
This is our IMPACT ISSUE, and we've featured women creating impact all over the world! On the cover is London techpreneur and philanthropist @darshigillies, and inside you'll find Delhi social engineer @smitabharti_, New York actor-director Dr @LakshmiDevy, Karachi documentary filmmaker @highyafatimaiqbal and Mumbai-Melbourne actor-writer @SaloniChopraOfficial. ⁠
In her essay "Sacrifice, Revenge, Villainy: The Problematic Depiction of Women with Disabilities in Mythology" on eShe.in today, Delhi University student @ruchika.399 argues that women with disabilities get a raw deal in the Mahabharata and Ramayana, whether it’s a queen like Gandhari, a princess like Surpnakha or a maidservant like Manthara.⁠
In December 2018, @Salini_Vineeth quit her 10-year career as an engineer working in multinational corporations and took to full-time writing. In the process, she learnt quite a few things.⁠
Recipient of the prestigious Nari Shakti Award 2016 for her pioneering work in the field of health and nutrition, Dr Nandita Shah is the founder-director of @sharanindia, which was founded in 2005 with the vision of helping people connect to animals and nature in order to heal themselves and the planet. ⁠
It was a grand launch! 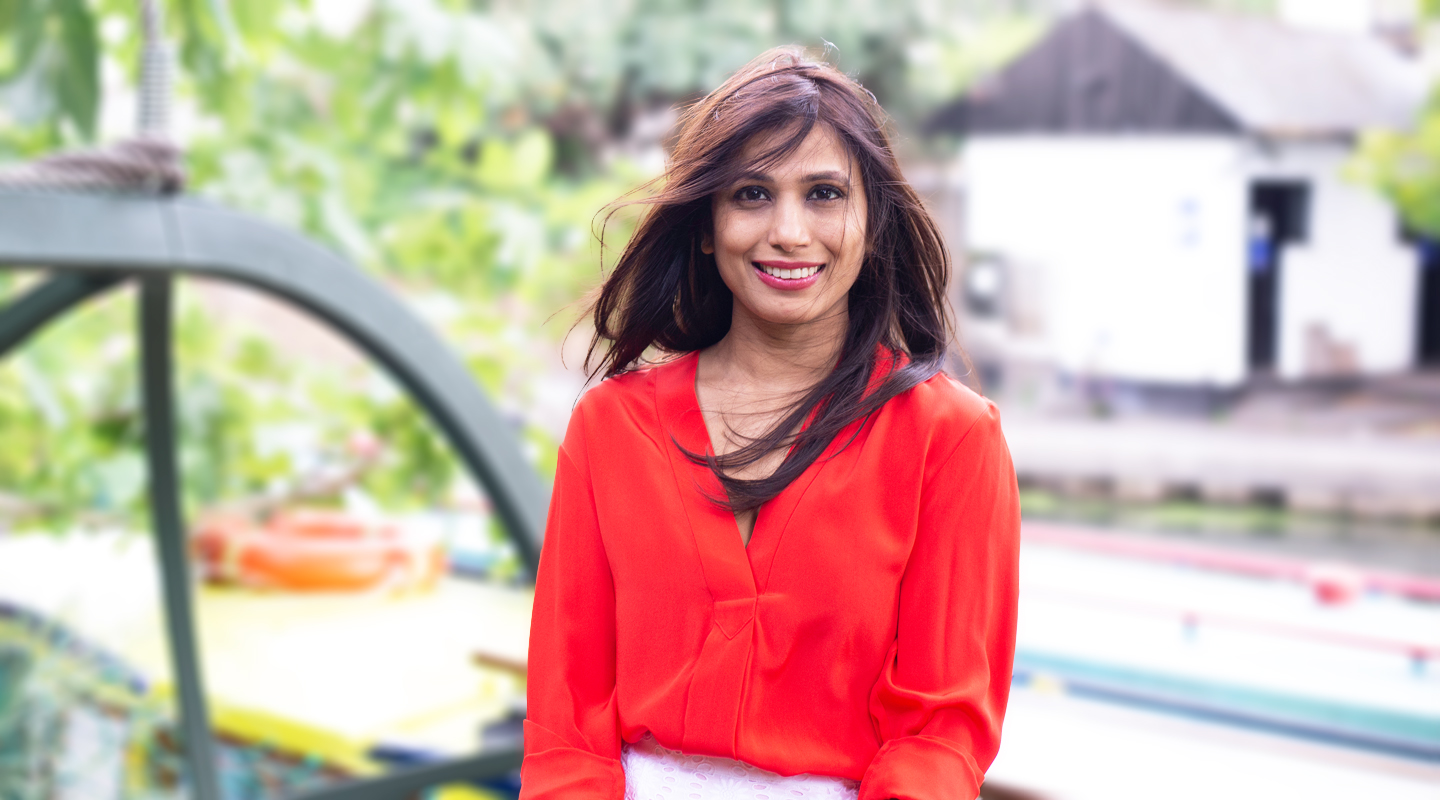 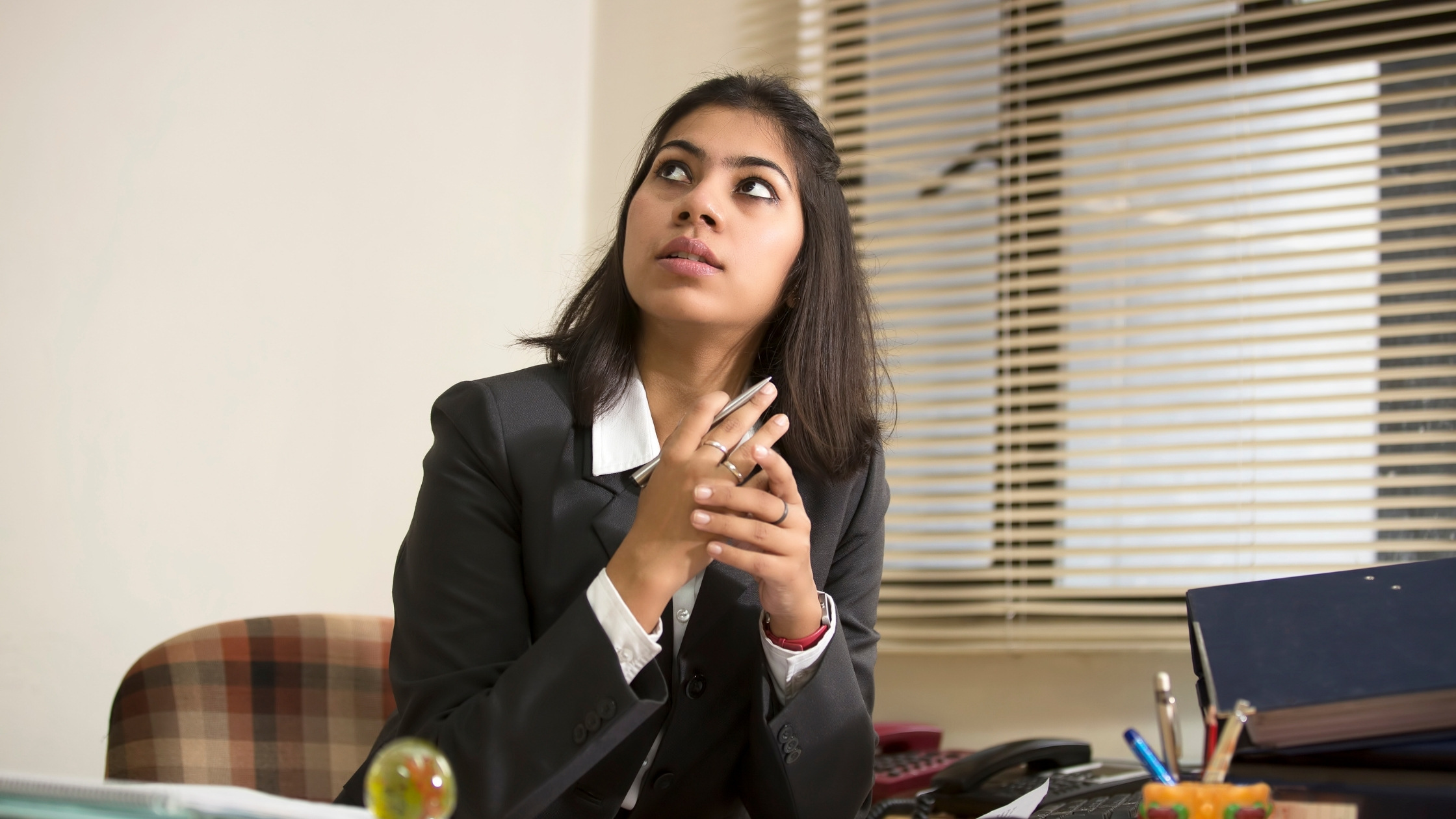 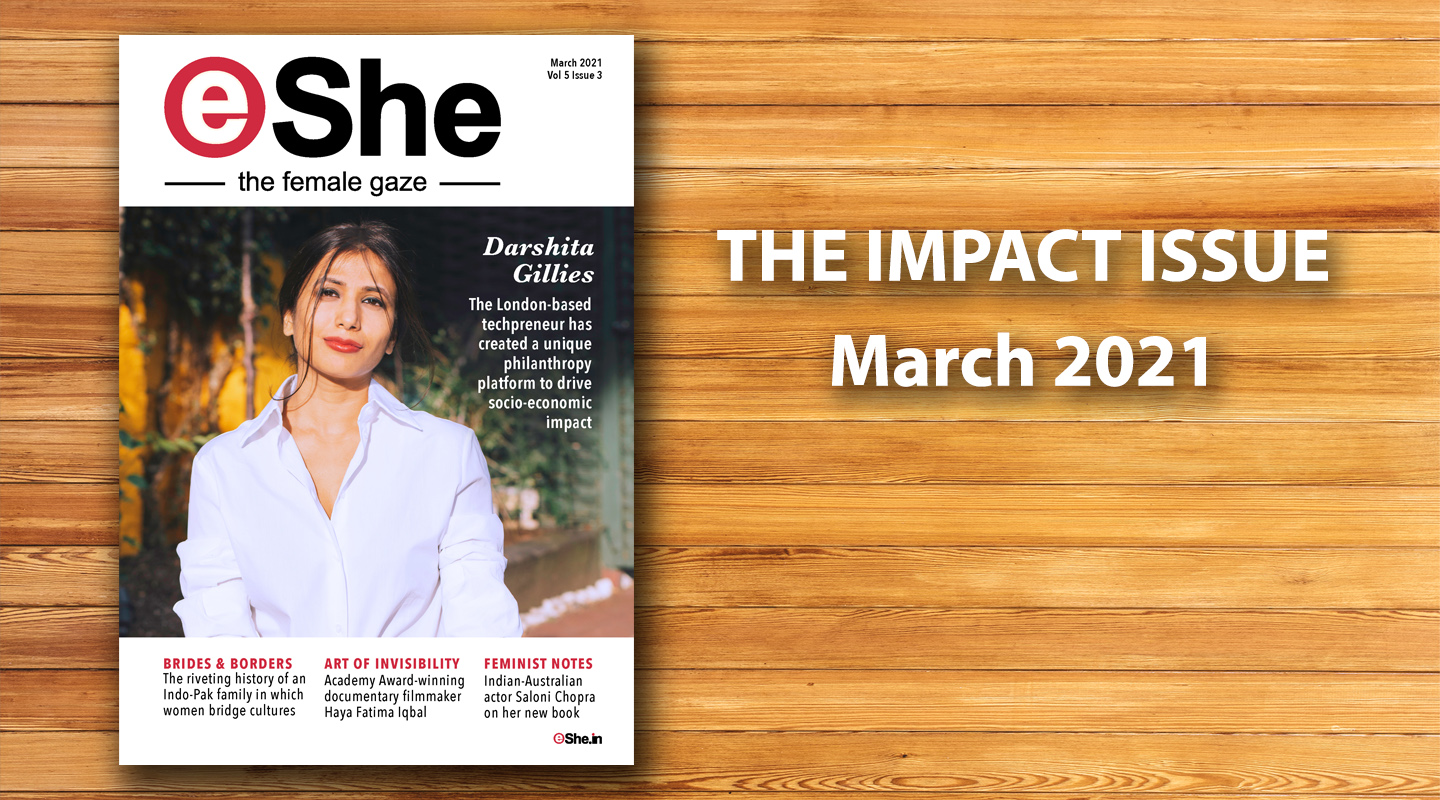 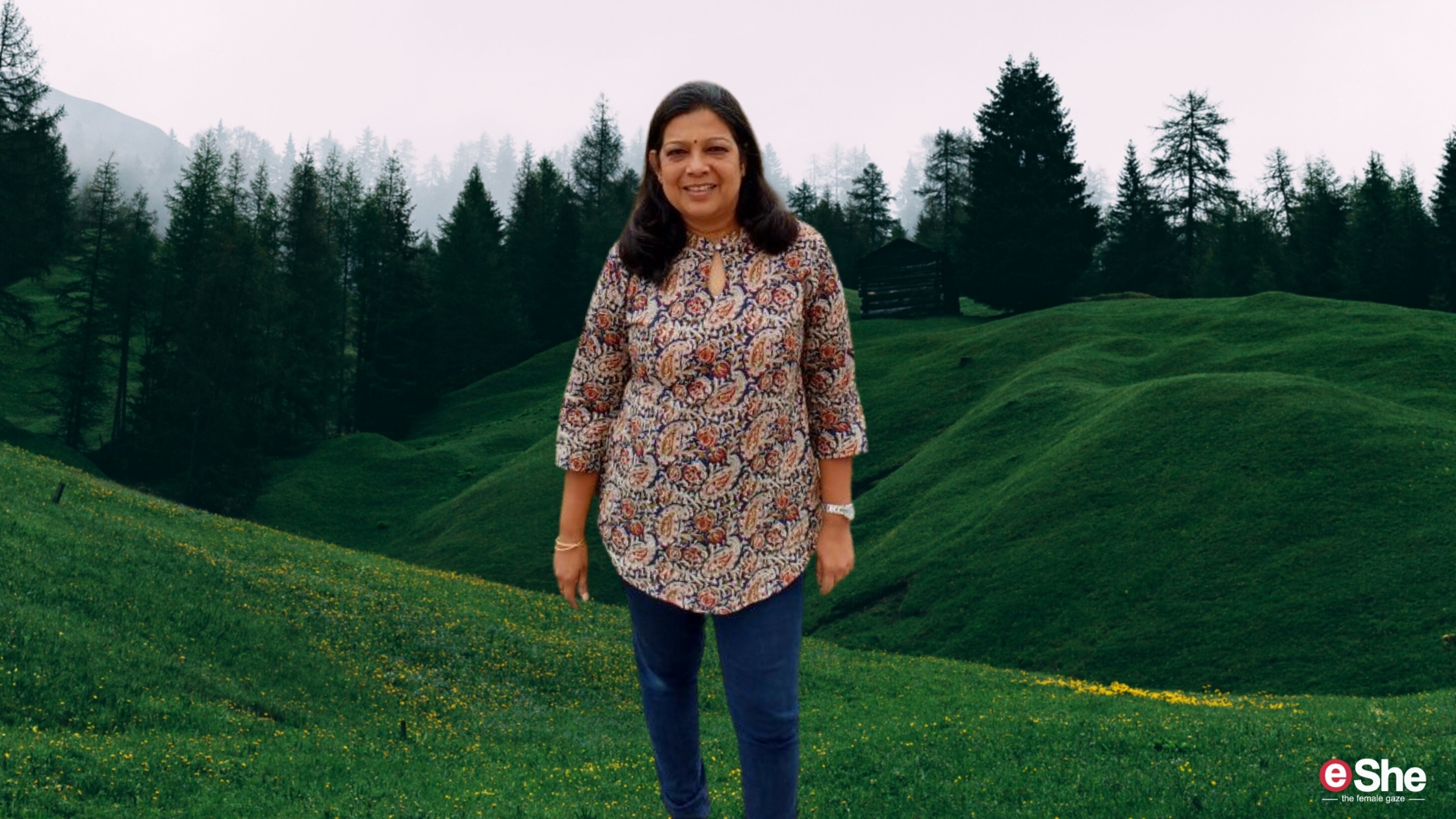