Shashaa Tirupati was a pre-med student in Canada when she heard AR Rahman’s songs Tere bin besuadi and Jaage hain der tak. “I just went crazy,” recalls the 29-year-old songstress. She dropped out of medical school and travelled to India: “All I knew is that I wanted to work with this man.”

As destiny would have it, she would go on to sing close to 35 songs in three years with the musical genius, including a duet with him in Sridevi-starrer Mom. That’s not counting scores of other numbers, including the hit single The Humma Song, now a party anthem, and the melodious Kanha from Shubh Mangal Savdhan, which releases this month.

Born in Srinagar to Kashmiri parents, Shashaa had a nomadic childhood but music was a steady part of it. Around the time of her birth, Kashmir was embroiled in strife – the separatist movement was at its prime in the late 1980s, and her family decided to migrate to Canada.

Shashaa and her siblings moved with their parents to Chandigarh, Allahabad, Delhi and finally Vancouver, where her father began his own yoga instruction academy and her mother took up a job in administration services.

But Shashaa’s roots in India stayed very much intact. From the age of nine, she stayed with her grandparents whenever her parents weren’t in India. Along with them, she travelled back and forth to meet her parents in Canada, studying in both countries. “It was quite a mess,” she laughs, trying to chart a timeline. 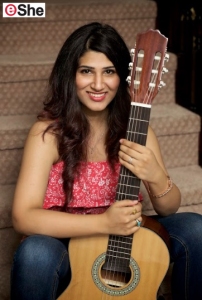 Her father was adamant that she train in Hindustani vocals from Allahabad, and she studied under Kamala Bose and later under Girija Devi. “I know two thousand old songs because of my parents,” says Shashaa, adding that her dad continues to be her biggest critic, playing and pausing songs by the maestros to illustrate to her the nuances of breathing in at the right spots. “He tells me bluntly if I messed up a song, or was out of tune, or took a breath at the wrong time,” says Shashaa, who is asthmatic though she never let that come in the way of her singing.

All through her childhood, the child prodigy won singing competitions in both India and Canada, and appeared on radio shows. She learnt to play the guitar, keyboards and harmonium, and also plays the African kazoo.

After completing her 12th from India – which she had to again repeat in Canada since she was underage – and armed with a senior diploma in music, she won undergraduate pre-med scholarships worth $24000. Three semesters later, however, Rahman happened.

Shashaa moved to India to make a career in music almost 10 years ago, and in the meantime, did her MBA in marketing. Though she didn’t have any major connections in the Indian film industry, she found herself appearing on various reality TV shows such as Sa Re Ga Ma Pa, Idea Rocks India, Junoon and IPL Rockstars. 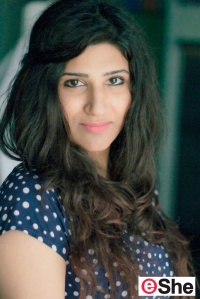 Then, one day in 2010, a nasty remark left her bruised, personally and professionally.

“Someone on a reality TV show said I sucked, that I have a bad voice,” she recalls. “I am an emotional Capricorn; I took it to heart, and stopped singing for three years.” Shashaa took up other behind-the-scenes work in the music world, such as composition.

After much cajoling by her friends, however, she decided to take part in Coke Studio 3 in 2013, in which AR Rahman was slated to appear. And it changed her life.

She was noticed by her idol on the show, after which she resumed singing, and went on to make a prolific career in Tamil, Kannada, Hindi and Telugu films as a playback singer and voiceover artist. She also sang in Bengali, Arabic, Konkani and Malayalam, and appeared on MTV Unplugged.

“At one point, I used to speak 10 languages, though I lost touch with many of them,” laughs the effervescent young woman, who never found it difficult to adapt to various Indian languages despite her Kashmiri ancestry and Canadian upbringing. 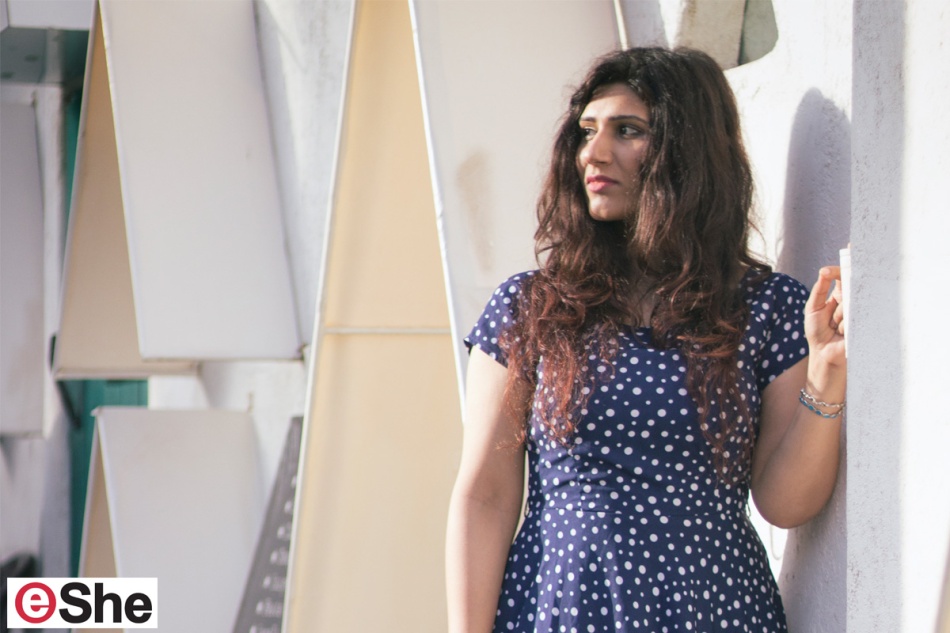 Back in Canada, her family cheers her on. “My two younger brothers are my biggest fans,” she says, narrating stories of how they share her song links with all their friends. She continues to live on two continents. “Vancouver is home, but I get sick of being there for too long. I need the pulse and energy of Mumbai. I can’t sit in one place all the time,” she says.

It wasn’t always easy though – Shashaa initially struggled to pay her bills, living off her savings during the long months of wait between assignments. “I once had just Rs 100 in my pocket to last me several days. Yes, it could be that bad,” she admits.

She doesn’t regret dropping out of medical school. “The kind of respect you get in this industry … it was enough reason.” She shares an incident when a fan mailed her a suicidal note. “I didn’t know how to respond. But I could relate to the sense of hopelessness she was going through. I told her I’d been through it as well. But at that time, if I had gone ahead with my suicidal intentions, I would never be where I am now. I told her time changes things. She shouldn’t give up; she should keep herself busy and occupied.”

Even today, the fan has kept in touch with Shashaa – she has now joined dance classes and listens to Shashaa’s songs to stay sane. “Going through bad times enables you to help others going through the same,” says the singing sensation. “I don’t regret any part of my life or my decisions. I am still healing people – not through medicine but with music.”

0 comments on “Shashaa Tirupati Left Med School for AR Rahman! This Is Her Bollywood Journey” 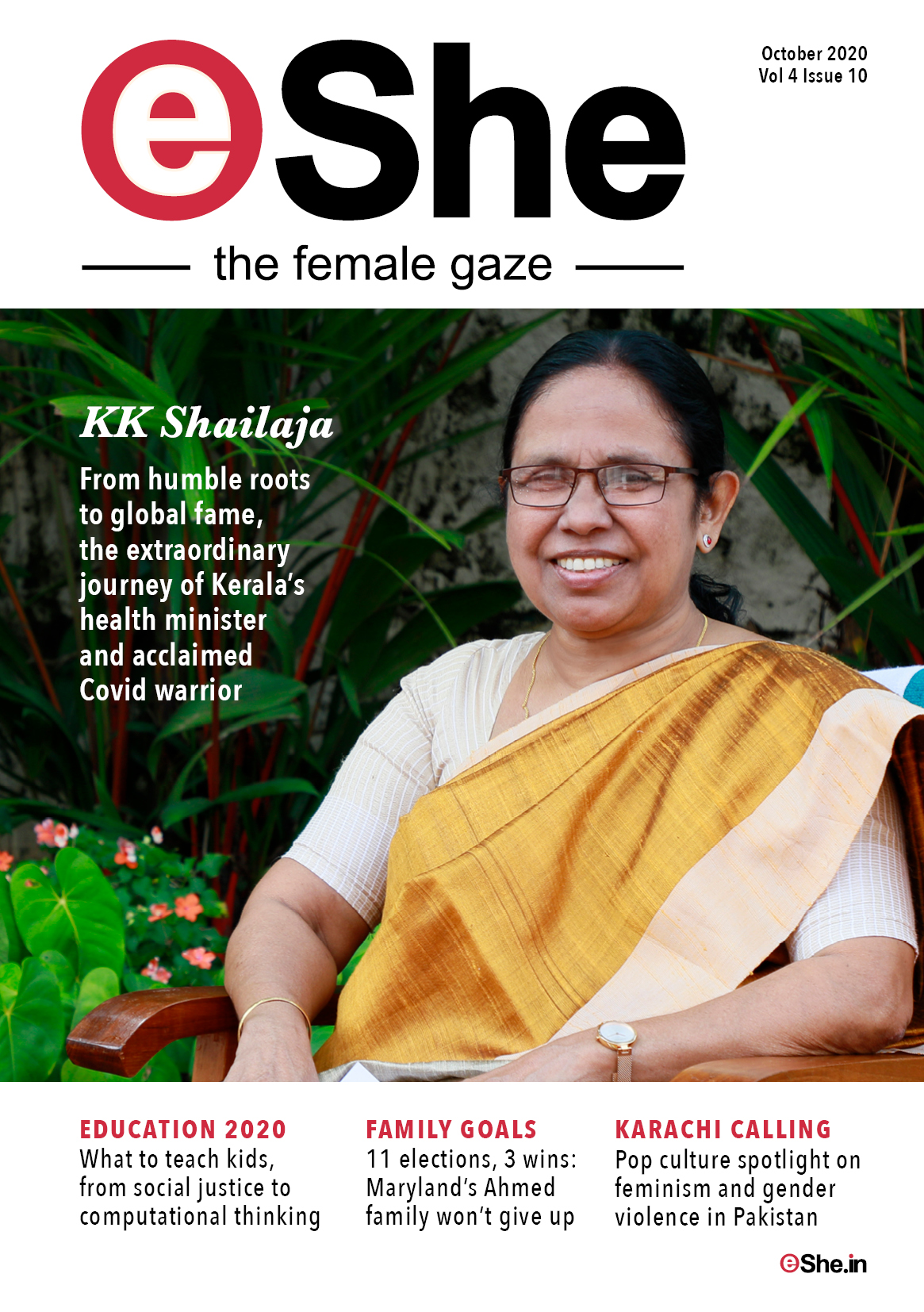