It was on a Shatabdi train to Jalandhar from Delhi that I met Promila for the first time. She would be my roommate at a spiritual retreat we were both heading to in Bir, Himachal Pradesh.

I was a retired college dean with my last posting in Bikaner, she was a businessman’s wife from Delhi. I had osteoarthritis and was overweight. She was fit, with years of yoga and Pilates behind her. We didn’t have much in common except our age, 61, and the fact that we were both grandmothers.

She told me that, even more than the workshop we had signed up for, the main attraction for her was the paragliding that Bir is famous for. She hadn’t told her family about it – they would be scandalised – but it was non-negotiable for her.

I marvelled at her resolve. Later, when the paragliding instructor came to our hotel to count the number of participants in our group, I raised my hand.

He was skeptical and asked my weight. “Just 92 kilos,” I said. He appeared even more doubtful, so I added, “I used to run when I was younger,” and demonstrated a wobbly jog.

My fellow retreat-members broke into delighted claps and laughter. “You’re amazing!” said one. “Your enthusiasm is so inspiring!” said another. So I insisted, and finally, the instructor broke into a smile, and said, “You are old in age but young at heart.”

Instantly, four more women in their 30s and 40s signed up. “If you can do it, so can we!” they said. Finally, our contingent of 11 aspiring paragliders tumbled into jeeps for the journey up the hill to Billing, where dozens of paragliding operators cater to thousands of adventure seekers every year, boosted by the Paragliding World Cup held there in 2015.

I have always been adventurous.

Born into a family of doctors and brought up in Rampur, I completed my B.Sc from GB Pant University of Agriculture and Technology in Pantnagar, and at 22, went off all alone on a pilgrimage to Vaishno Devi. After doing my M.Sc from MS University in Baroda, I got my first job at Rajasthan Agricultural University.

There, I fell in love with a Rajput from Rajasthan, and married him much to the angst of his family. He was a good man, a strong and supportive partner. We both completed our doctorates while in service, and had two children. We travelled all across middle India for work, and eventually landed up in Bikaner.

He had his first heart attack in 2000, and retired from service in 2010. A year later, just before I was promoted to the position of dean of the college of home science, he died. I lived alone until my retirement last year, and then decided to move to Faridabad to live with my son.

Loneliness is a strange beast. It uncovers old wounds and bestows new longings.

It took some courage for me to sign up for this spiritual workshop in Bir with complete strangers. My children encouraged me; they figured it would give me an opportunity to meet new people and find a new purpose in my life.

But paragliding was not really on the agenda.

On the drive up to Billing, the cab driver insisted I was making a mistake, that I should have considered my age and health. He punctured my confidence somewhat, but Promila and the others cheered me up. I decided not to let him ruin my day.

Even so, as we put on our harnesses at the top of the hill, looking down thousands of feet at the green Kangra valley below, I had a moment of doubt.

My guide hitched up the wings, and commanded me to run downhill – “Don’t sit unless I tell you,” he shouted above the strong mountain wind.

Other guides held my gear tightly – I was a high-risk client for them because of my weight and arthritic limp. My heart wavered; I ran a few steps and sat back before the instruction came.

“It’s okay, it’s okay!” my guide called from behind me. They lifted me up and walked me a little further downhill. I asked him his name. “Vasudev,” he replied. Lord Krishna.

I let out a sigh of surrender. “If Vasudev is with me, I need nothing else,” I told him, and steeled myself. I would fly today, even if I died trying.

We took off the second time without a hitch.

It was dusk. The air was cold, and the wind in my face was exhilarating. My stomach lurched as we swerved close over pines down the slopes, the Buddhist monasteries of Bir sitting sagely thousands of feet below us. We flew for over 20 minutes, landing into the orange sun amidst the cheers of my teammates.

I told my children about it. My grandson showed my paragliding pictures to his friends. “That’s my nani,” he said proudly.

First published in the July 2017 issue of eShe. Buy the copy here.

Ex-cofounder of Mobikwik, UX designer @Sunali.Aggarwal has recently launched India's only homegrown dating app for the LGBTQ+ community called #AYA or As You Are.⁠
Puerto Rico-born and Miami-based spiritual writer and author of three bestselling books, @SharonMKoenig’s book #SeasonsOfTheSoul (@PanMacmillanIndia) has recently hit Indian shelves.⁠
Silicon Valley software engineer and talk-show host @TheRealNitashaSyed is out to shatter stereotypes about Pakistanis in the Western world, armed with a cup of chai.⁠
Audiologist and speech therapist @DevangiDalal is using technology to transform the lives of thousands of hearing-impaired children in India.⁠
Ayelet Baron has been described as a force of nature when it comes to envisioning a more humane world. A former corporate honcho who has worked in global boardrooms in Silicon Valley, London and Singapore, she touched the pinnacle of her career as chief strategy and innovation officer at Cisco, Canada.⁠
Access to finance, ease of payment collection, and long-term solutions for profitability and sustainability are major concerns facing Indian businesses in the fourth industrial revolution. ⁠ 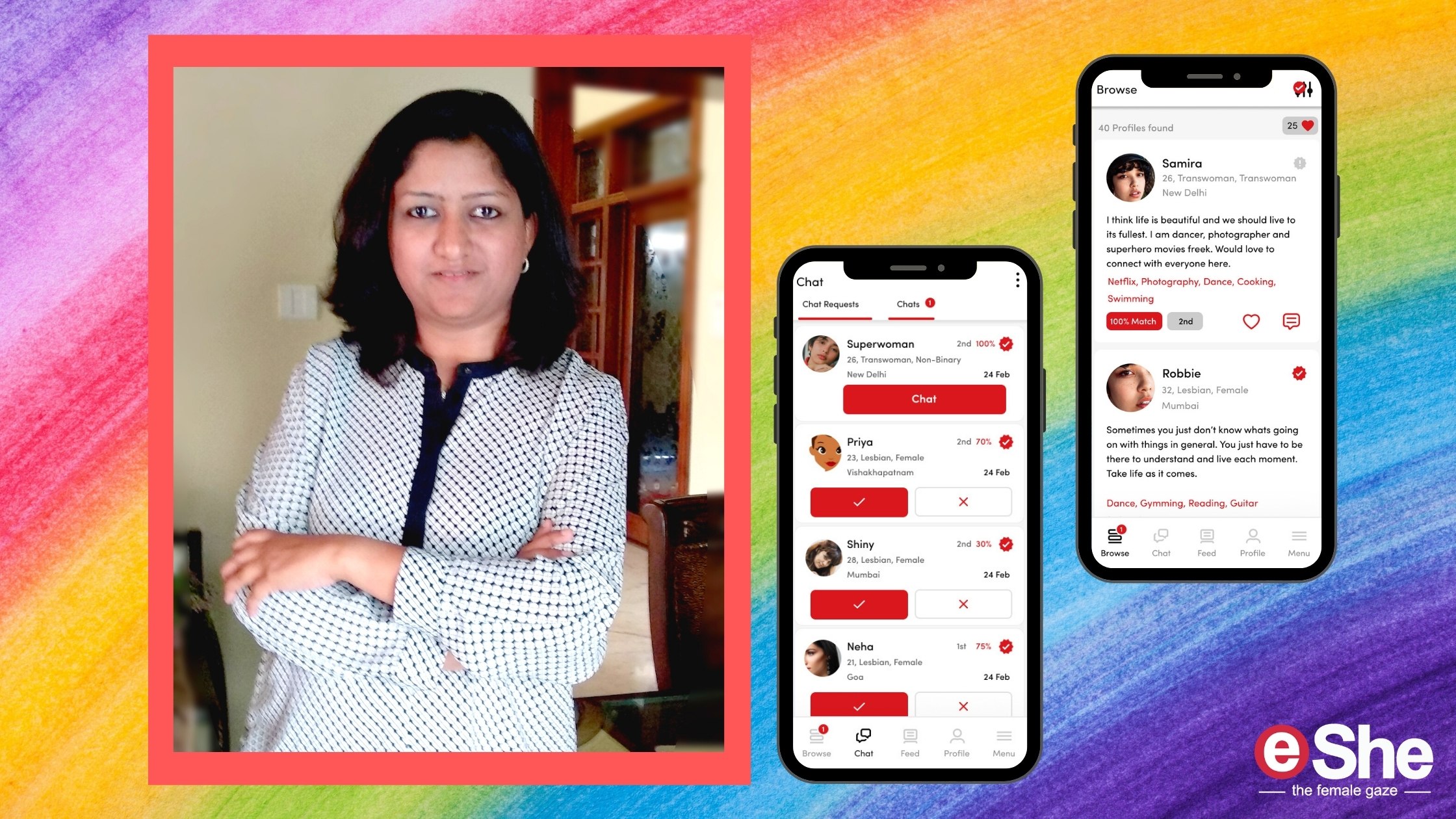 ‘We Love Ourselves by Paying Attention to the Quality of Our Thoughts, Words, and Actions” – Sharon M Koenig

This Indian Artist Has Taken Dravidian Art to Australian Shores