When she was addressing large crowds during the election campaigns or when she stood so elegantly when her husband got elected as the president, Michelle Obama looked like she completely owned the stage.

But behind this powerful personality was an ordinary woman who never thought she’d be America’s First Lady. In fact, she never wanted all of this. All she ever wanted was a happy family in a house that had a fleet of stairs inside! A house with 132 rooms spread over six floors was never in her dreams. “Having grown up black and on the South Side, I had little faith in politics,” she writes in her memoir, Becoming (Penguin Random House).

Although she had tremendous confidence in her husband’s abilities, she was always reluctant for him to join politics. As dedicated, experienced lawyers who worked with various non-profits, she believed one did not have to be join politics to affect changes in society. Plus, she wanted him to be around her and their babies. Also, she never thought a black man could ever become POTUS (President of the United States).

And so she only agreed to support him initially thinking that was the best way to get her husband’s silly idea “out of the way”.

As they went along on the journey, America’s response surprised her. Fully involved with her husband in campaigns, she still kept her feet on the ground. “I’d prepared the girls for this next part of the night, explaining that whether Dad won or lost, we were going to have a big noisy celebration in a park,” she writes about the election results’ night.

And when the unimaginable happened, she appeared as calm as a dove. But inside, she was still that ordinary woman who couldn’t believe Stevie Wonder, her childhood pop idol, was addressing her by her first name. She was thrilled to meet Beyonce (“real life Beyonce,” she writes) and Oprah Winfrey, later becoming great friends with both. She was nervous about the new role and life. She was worried about her daughters. Yet she wanted to make an impact with her new designation as FLOTUS (First Lady of the United States), which she would go on to hold from 2009 to 2017.

Becoming is not about how Barack Obama became the 44th US president. It is not merely a story of how an ordinary person with no background in politics created history. It is not just an ordinary black woman’s extraordinary story. It’s much more than that.

It is, in my opinion, many books packed into one. Here’s why you should read it. 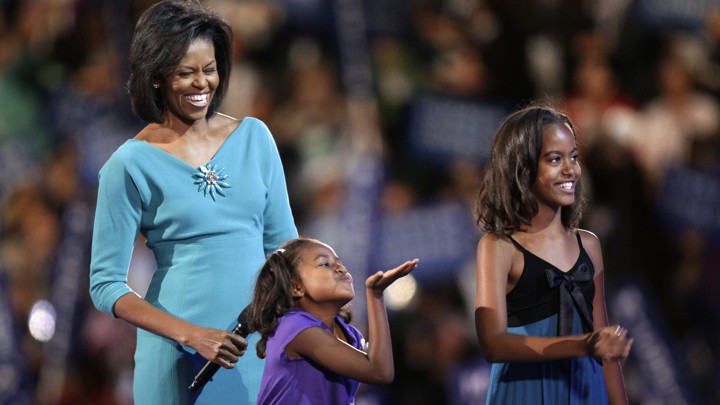 The book is divided into three parts. In the first part, Michelle talks about how her childhood shaped her personality. Talking about her mother’s role, she writes: “She loved us consistently, Craig and me, but we were not over-managed. Her goal was to push us out into the world. ‘I’m not raising babies,’ she’d tell us. ‘I’m raising adults.’ She and my dad offered guidelines rather than rules. It meant that as teenagers we’d never have a curfew. Instead, they’d ask, ‘What’s a reasonable time for you to be home?’ and then trust us to stick to our word.” There are brilliant parenting gems like these in the book.

Tips on a Successful Relationship

Working at a law firm, Michelle was once asked to mentor a new joinee with a strange name. The entire office was talking about this handsome-looking guy with “exceptional credentials”. But Michelle was unimpressed. This strangely named boy Barack managed to put her off even before meeting her by arriving fashionably late at work. And then when she took him out for lunch, as was the practice for summer associates to make them comfortable, he “appallingly, at the end of lunch lit a cigarette, which would have been enough to snuff any interest, if I’d had any to begin with.”

However, his candour and smartness soon won her over. They became great friends at work, talking for hours whenever they could. How this wonderful friendship turned into romance and finally led to their marriage is beautifully described.

While all was well, their relationship became shaky when Barack decided to join politics. So much so that they had to see a counselor. The problems in their marriage are something most women would relate to.

Their chemistry together – out there for everyone to see in interviews, pictures, and videos – is the stuff of relationship goals. It all seems flawless. But Michelle’s honesty about the everyday troubles in their marriage makes this book a must-read for everyone.

Michelle talks candidly about the pros and cons of being a woman in a man’s world. Most women I know would relate to the frustration she felt when her life changed in the process of becoming a mother — and after that — while nothing seemed to have changed for her husband. “It was maybe then that I felt a first flicker of resentment involving politics and Barack’s unshakable commitment to the work. Or maybe I was just feeling the acute burden of being female… I sensed already that the sacrifices would be more mine than his. In the weeks to come, he’d go about his regular business while I went in for daily ultrasounds… None of this was his fault, but it wasn’t equal, either, and for any woman who lives by the mantra that equality is important, this can be a little confusing,” she writes. She expresses her grief about not being able to conceive naturally and then going for IVF treatment.

My favourite part of the book is when, later, she describes the pride she felt in being able to produce a life and experience the process knowing that a man can never feel that.

Another thing I love is how she talks about the importance of the circle of girl pals in every woman’s life. She narrates how strong women in her life have supported and impacted her. She talks about taking time to meet her circle whenever she could and how that helped her, especially in the new phase of motherhood. This is something all independent, free-spirited women would agree to.

Michelle was almost sure her husband didn’t stand a chance to be POTUS but supported him anyway because he aspired to it. In the end, the story leaves you with hope that anything is possible. “There are portraits of me and Barack now hanging in the National Portrait Gallery in Washington, a fact that humbles us both. I doubt that anyone looking at our childhoods, our circumstances, would ever have predicted we’d land in those halls… If we belong, then so, too, can many others,” she writes.

Her candidness makes this book a treasure. You can relate to her on so many levels, so much so that – by the end – you feel that you really know her and are probably friends with Michelle Obama.

1 comment on “4 Reasons Why ‘Becoming’ by Michelle Obama Is a Powerful, Important Read”