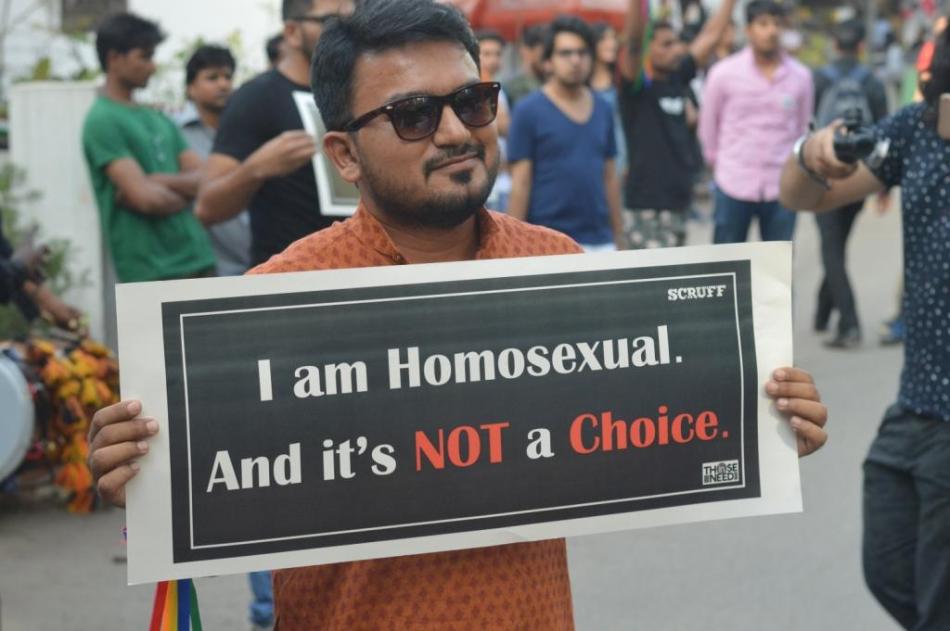 Given India’s current socio-political scenario, it’s heartening to read of mavericks and change-seekers who dare to stand up for their cause, and who have the courage to follow their vision of a more inclusive society.

One such group of people came together and presented an LGBTQ flashmob last Saturday, April 8th, in one of New Delhi’s busiest shopping districts, Hauz Khas Village. Frequented by young urban professionals, tourists, college students, artists and social butterflies alike, the neighbourhood is known for its vibrant night life and ‘boho’ feel.

The event was organised by ‘Those in Need’, a non-profit that works for the welfare of minorities, and sponsored by SCRUFF, a dating app for GBTQ people. Originally targeting gay men, SCRUFF is now an inclusive platform that also serves as a travelling guide and social network.

The event was meant to shatter stereotypes around the community with the help of powerful messages and an even more powerful dance. It started with a freeze mob in which the participants stood at different locations carrying placards against social stereotypes. Some of the messages said:

“I am homosexual. And it’s not a choice.”

“I am homosexual. I am not attracted to everyone of the same sex.”

“I am queer. And I am monogamous.”

“I am homosexual. Me getting intimate doesn’t cause earthquakes.”

Some of the quirkiest ones said, “I am queer. Yoga can’t cure me.” It was a covert reference to yoga guru Baba Ramdev who has offered to ‘cure’ homosexuality with his exercises. 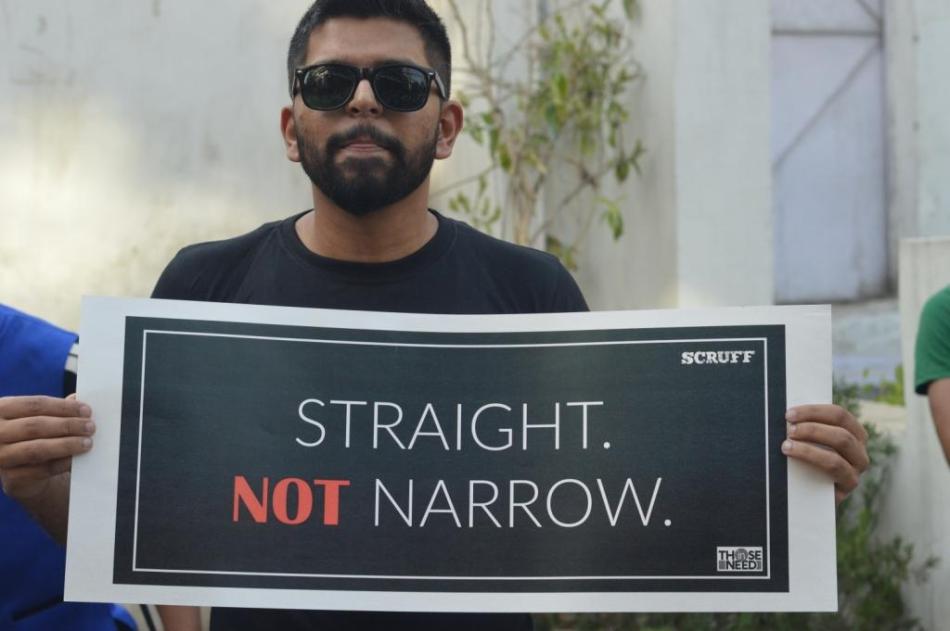 Even ‘straight’ allies joined hands with the community with placards like: “I am straight. Not narrow.” 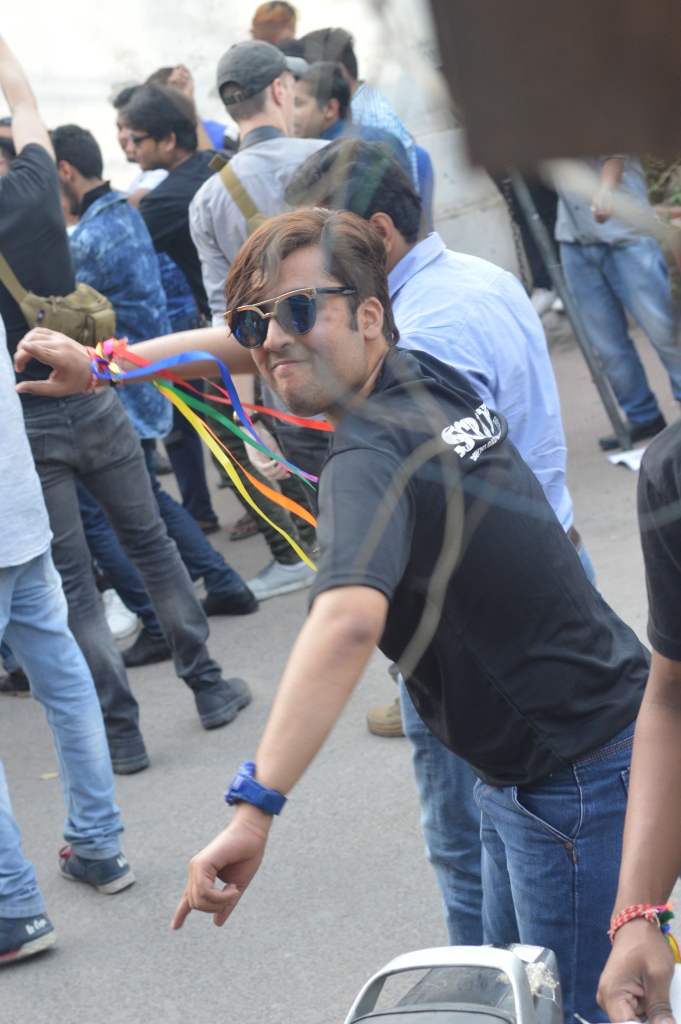 The event ended with the participants holding up a large banner saying: “We are here. We are queer. We are not a stereotype.”

After the dance, participants interacted with the audience and talked about how society is going through a slow but positive change. Some participants shared how their parents have accepted them the way they are. 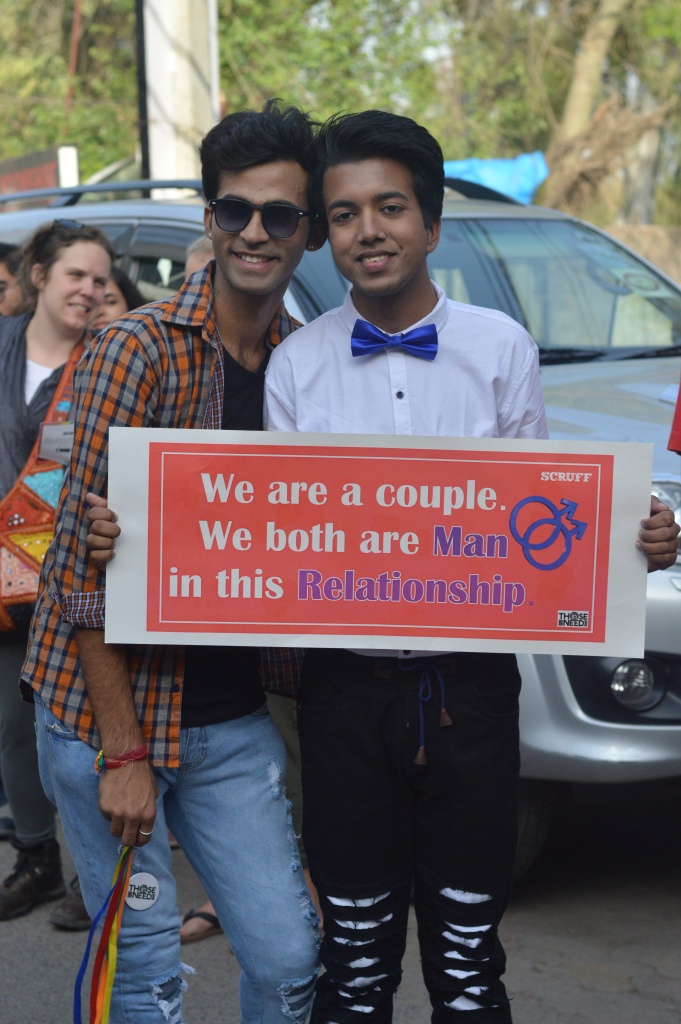 The participants were fearless and confident while answering questions about general myths and stereotypes regarding the LGBTQ community. The crowd buzzed with excitement and a sense of shared happiness to be part of such an event in the heart of Delhi. Here’s to more such open-minded experiments!