I believed that patriarchy was harmful only to women until I heard Kamla Bhasin speak on the TV show Satyamev Jayate on toxic masculinity. It was only by listening to her that I was made aware of how harmful patriarchy is to men.

I met Kamlaji for the first time in 2019 at the flag-off ceremony of Aaghaz-e-Dosti Yatra, an annual peace pilgrimage made by peace activists from Rajghat in Delhi to the Indo-Pak border to light candles on the midnight of August 14-15 to commemorate the joint Independence days of India and Pakistan.

It was so inspiring for us to meet and spend time with this dynamic founder of Sangat, a South Asian Feminist Network, and the co-founder of the feminist resource group Jagori. She was so full of life, and so active, enthusiastic, tireless at peace events, putting even all of us youngsters to shame with her energy. It is difficult to imagine her silent and gone.

Since today morning, social media has been ringing out with the words “Rest in Power” as people spelled out their aakhri salaam (final goodbye) to Kamla Bhasin, South Asia’s strongest voice against inequality, injustice and violence.

The news was broken by her friend and colleague Kavita Srivastava, who had worked alongside Kamla in Sangat for One Billion Rising. Kavita wrote on Twitter: “Kamla Bhasin, our dear friend, passed away around 3am today 25th Sept. This is a big setback for the women’s movement in India and the South Asian region. She celebrated life whatever the adversity. Kamla you will always live in our hearts. In Sisterhood, which is in deep grief.”

On her last evening, Kamla, a cancer patient, was present at the Pakistan India People’s Forum for Peace and Democracy (PIPFPD)’s national committee meeting. An avid peacebuilder, she believed that it was women who suffered disproportionately in war and conflict.

Messages of remembrance poured into peace community groups not just from India but also Pakistan, Nepal and Bangladesh. Referring to her indomitable spirit, Salima Hashmi, Pakistani painter artist, former dean of National College of Arts, and daughter of the legendary poet Faiz Ahmed Faiz said: “She will continue to be with us – her laugh, her spirit, her ability to inspire and give us all courage – onwards with Kamla by our side!”

Baela Raza Jamil, CEO of Idara-e-Taleem-o-Aagahi Center for Education and Consciousness and a public policy specialist, completely adored Kamla’s work and influence: “An inspiration for millions, or billions even! What a living legacy, so many stories to empower with! So loved by all in Pakistan! Satrangi Larkiyan! Pratham Books! The ultimate South Asian inside out! She can never be missing in action ever. She lives through the generations she ignited! Long live Kamla ji.” Baela affirmed her intention to keep Kamla’s legacy alive by compiling all her songs.

Kanak Mani Dixit, a Nepali publisher, editor, writer, and founder of the magazine Himal Southasian, said: “The world of South Asian activism will miss the spirited presence of friend Kamla Bhasin, including the scores of young South Asian women she brought together, challenged and mentored over years and years.”

“Our dearest friend, our comrade, most beautiful human being, Kamla Bhasin left this world at 2.45 am. She was diagnosed with cancer three months to this day. Having touched so many lives in such a positive way, Kamla continues to live on in us and among us. Rise in Power, Kamla,” wrote Khushi Kabir, a Bangladeshi social activist, feminist, and environmentalist.

Khushi is also a member of Sangat, and the Bangladeshi coordinator of One Billion Rising. She told eShe how Kamla Bhasin’s Sangat was instrumental in healing her from the wounds of the 1971 liberation war, and helping her forge friendships with Pakistani sisters.

Kamla was loved for her poetry and songs in her circle. Veterinary scientist Sagari R Ramdas, daughter of peacebuilders Lalita and Admiral Laxminarayan Ramdas, spoke about Kamla’s influence on them growing up. She wrote:

You were part of our growing up to becoming who we are today. Our teenage school years during the last part of the 70s through to the early 80s, was the excitement and deep learning for us, being with all of you in the next protest, rally, meeting, Shah-Bano, the Mathura Rape Case, the anti-Sati march, the Om-Swaha anti-dowry performances in every basti of Delhi (which I longed to be a part of in 1978, and finally got to in another play you wrote in 1987), calling out patriarchy where it was, and for what it was.

And above all the songs. We learnt to walk this road, through your songs – and we sang them all. From ‘Thod thod ke bandhano’ (which many years later we put into Telugu and is so loved by everyone in our movement), to ‘Husband kehta hai’, and we continue to sing, and dance our protest, embracing today the power of the intersectional and rainbowed struggles that we are today, which liberate us all, towards the just and peaceful world , which was your life’s desire. Miss you and in song, Sagari.”

Kavita Nandini Ramdas, the president and CEO of the Nathan Cummings Foundation and the eldest daughter of Lalita and Admiral Laxminarayan Ramdas, wrote a poem in her memory too:

She sang us songs. Songs for women silenced too long.
Songs for the weak, who were always the strong.
Songs for resistance, for courage, for unity.
Songs for justice, peace, and solidarity.

Instead her songs made us see the beating hearts in you and me.
They raised us up. They gave us hope.
They made us laugh. To us they spoke.
Of a vision of another world. The world just around the river bend.
Across the Indus. Beyond the Himalayas. A stone’s throw from Calcutta.
A boat ride on the backwaters.
A kabab house in Lahore.
The sunrise on a distant shore.

She sang songs that left us wanting more.
Now she is no more.
Kamla Bhasin left our earth, this home.
But like the songbird that she was
Her humming, her clapping, her heartbeat, her drumming, her energy, her spirit, her twinkling eyes, her spiky white hair, her passion, and her kindness are everywhere.

Dilli’s streets reverberate with her chants, “Hum Bharat ki Nari hain, Phul Nahin, Chingari hain!”
(We are the women of India. We are not flowers but sparks of change)
The sisters across our artificial and militarized borders – they hear Kammo singing – in Pakistan, Nepal, Sri Lanka, Bangladesh, Bhutan, the beat goes on.

Kammo wherever you are…
now you are truly that star twinkling up over Bhaimala…
one tryst we never kept…
that gathering at Lara.

She shared a message too: “Rest In Peace, darling Kammo. Rest in the Power of Love. Thanks for sharing your love of the world and of its diverse people with us. We carry it forward.”

I interviewed Kamlaji in April 2021 for the #BaatTohKaro series of Aaghaz-e-Dosti, where she talked about the need for India-Pakistan peace, and enlightened us about how war affects people not directly involved by living/serving on the border: “It is this constant talk of warmongering that affects each and everyone’s psyche whether you are at the border or not. War and violence become acceptable parts of society. This mindset spills the violence into our personal lives, and to society in general,” she educated us.

Every month, the South Asia Peace Action Network (Sapan), a coalition of peacebuilding organisations, prepares an ‘In Memoriam’ presentation to honour all the late mentors in South Asia who have aspired for open borders and peace in the region. As a volunteer at Sapan, I find it so difficult to digest that we shall have to add Kamla Bhasin, a founding member, to this list, this month around.

Kamla Bhasin was cremated at 5 pm IST at the electric crematorium at Lodhi Road on Saturday, September 25, 2021. She is survived by lakhs of her sisters in South Asia, and her numerous songs of freedom that shall continue to echo and reverberate in the skies of the entire South Asia, even though her voice will not be heard anymore.

Pragya Narang is a communications consultant, peace activist, researcher and writer. She is a founding member of South Asia Peace Action Network and tweets at @pragyanarang

2 comments on ““She lives through the generations she ignited!” Tributes for Kamla Bhasin from around the world” 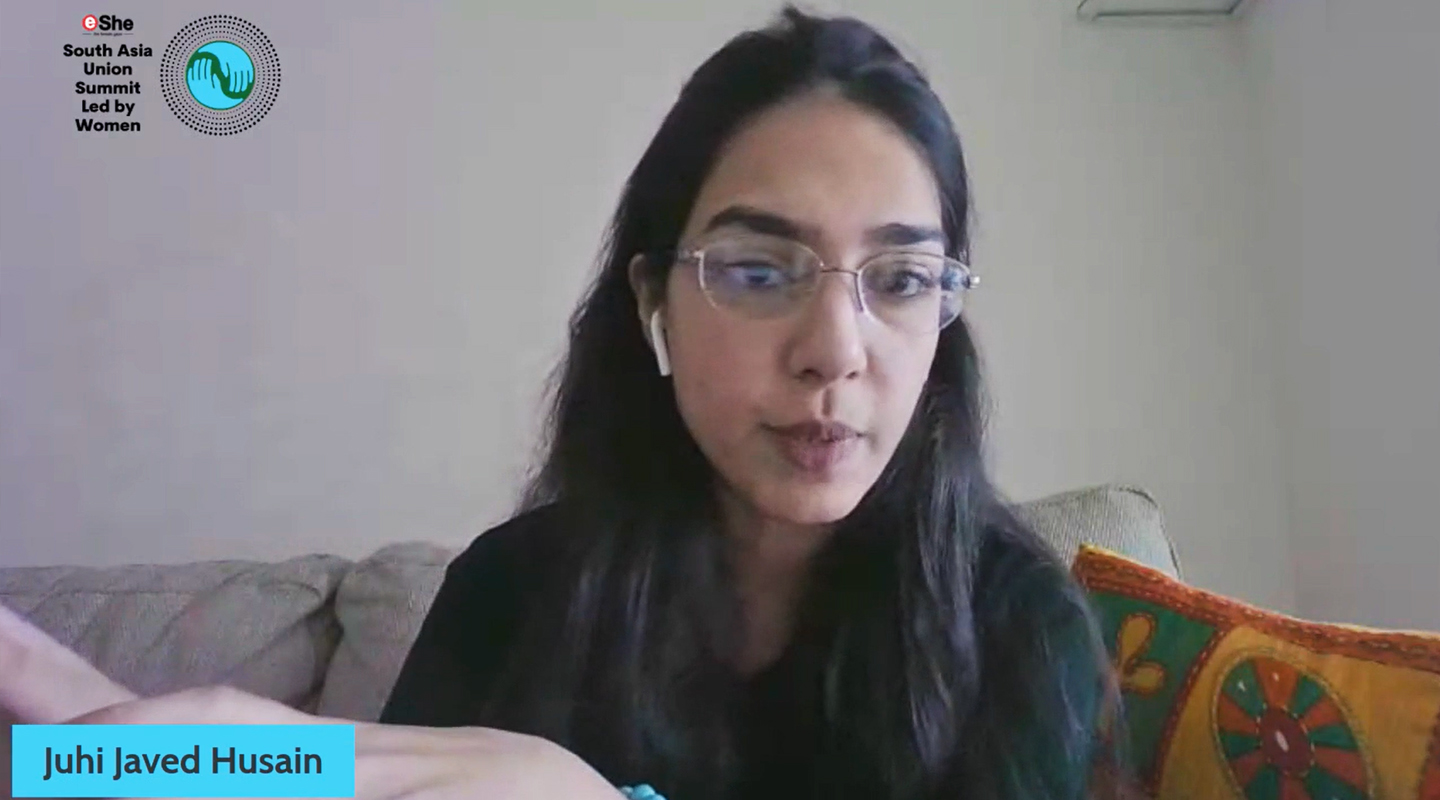 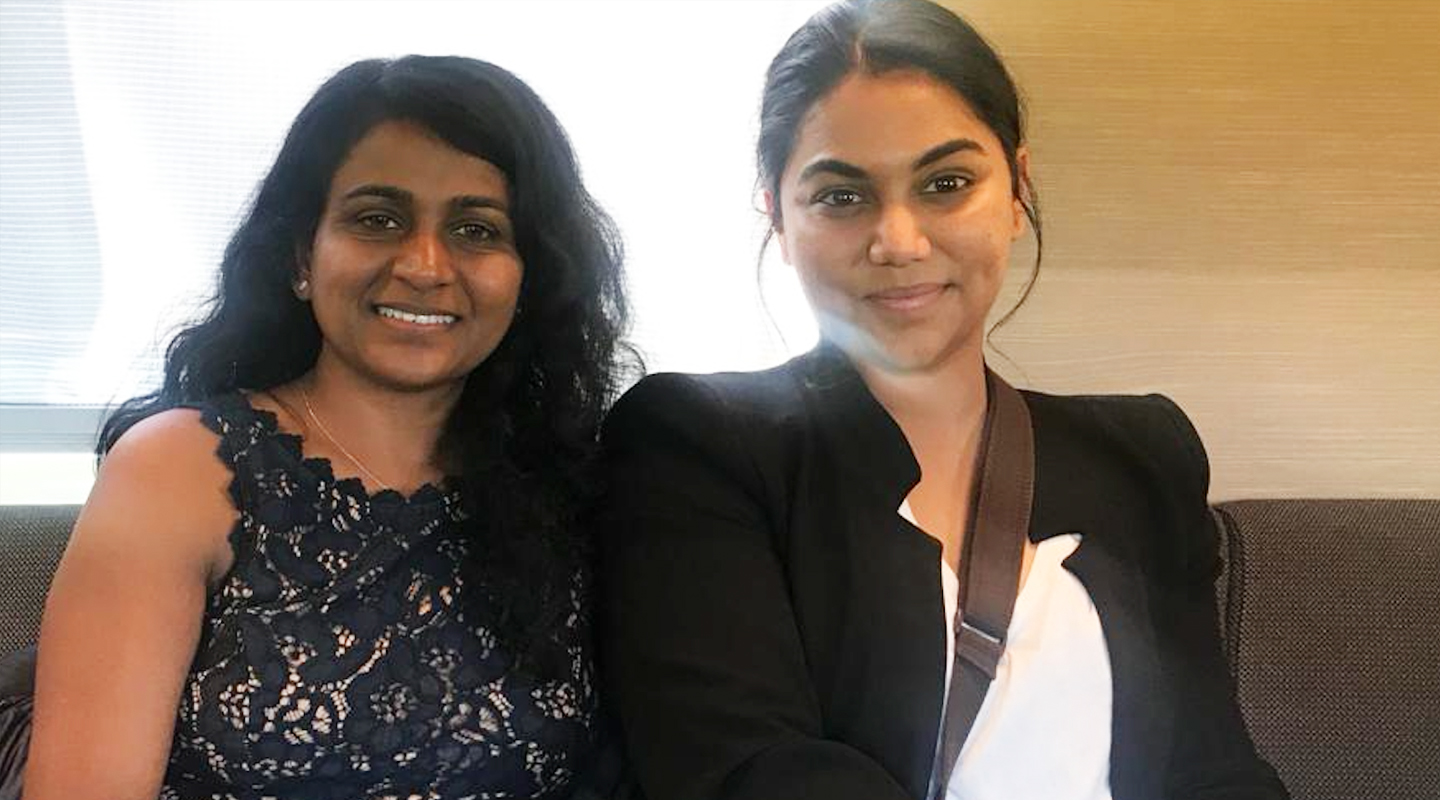