The legends and stories in Indian epics such as Mahabharata and Ramayana have codified the South Asian region’s value systems over the centuries. And so, it is deeply disappointing that this treasure trove of mythology falls short when it comes to a very important aspect of human life – disability.

Further, when it comes to female characters with disability, their representation is unidimensional, sexist and one that caters to the upper-class male gaze and patriarchal world view.

Let us take the characters of Gandhari, Surpnakha and Manthara. Not only are they doubly marginalised for being female and disabled, there is hardly any critical insight into the reason and implications of their disabilities. Instead, their negative depiction and stories have only given birth to various different types of biases and prejudices that are prevalent to this day.

In these three cases, we encounter three different kinds of disabilities: Gandhari, who chose to be disabled, Surpnakha, who was made disabled, and Manthara, who was born disabled. These differences are significant in the way they communicate the notion of disability to readers.

Let’s first look at Gandhari from Mahabharata, who chose to wear a blindfold all her life since her husband was blind. As Joyojeet Pal says in his essay ‘The Portrayal of Disability in Indian Cinema: An Attempt at Categorization’, her self-abnegation “emerges as an act of therapeutic righteousness”.

Gandhari’s act has variously been interpreted as a rebellion against her arranged marriage to the blind prince Dhritrashtra, or it can be seen as a proof of Gandhari’s reverence for her husband, because her sightedness would have otherwise given her power over him, both in the matters of the royal court and in their interpersonal relationship.

The angle of power thus brings to mind that maybe the “righteousness” was not as therapeutic as it was forced.

Though Gandhari’s sacrifice elevated her status and gave her supernatural powers, it is hard to imagine a man going through similar rigorous self-abnegation for his wife.

However, Surpnakha’s physical description has nothing to do with what happened to her. She was a woman trying to express her sexuality but was punished. Her nose was amputated, which not only disabled her but also desexualized her, rendering her ‘unattractive’ for life.

It’s a classic example of how bold women have been marginalised and how female sexuality has been repressed in our epics. This narrative of Surpnakha has often discouraged women from expressing their sexuality for fear of punishment coinciding with the fear of being rendered disabled.

It’s not too far-fetched to relate this mythological misogyny and cruelty to modern-day acid attacks on young women in the Subcontinent. Such attacks always aim to scar the woman’s face and leave her disfigured for life in revenge for having had the ‘audacity’ to spurn a man’s advances or stand up to someone in authority.

If the intersection of Surpnakha’s sexuality and disfigurement did not set a bad enough precedent, there is an insidious generalisation of disabled people as ‘asexual beings’ in mainstream cinema and other popular cultural texts and movies. This generalisation is not only damaging but is also more prevalent for disabled women than disabled men.

That is why a film like Shonali Bose’s Margarita with a Straw (2014), depicting a girl with cerebral palsy expressing her sexuality, was shocking for many Indians even if it was critically acclaimed and won awards worldwide.

Popular narratives ignore how Surpnakha was a victim of injustice. As the story goes, she married for love, but became a widow when her brother Ravana killed her husband.

To compensate, Ravana allowed her to find herself a new husband and so she began to roam the forests of South India in search for one. When she spotted the exiled prince Rama, she desired him but he sent her to his brother Lakshmana, who sent her right back to Rama. Realising that the two princes were playing with her, she attacked Rama’s wife Sita, which is when Lakshmana chopped her nose off.

The tenets of Kshatriyas do not allow men to harm women. In this case, Rama and Lakshmana both fail their Kshatriya dharma, but there are hardly any discussions on this topic because it was Surpnakha who ‘stepped out of line’. Victim blaming and shaming truly goes back to the epics.

Now let us look at the character of Manthara in the Ramayana. She is described as the “evil hunchbacked maidservant” of King Dashrath’s wife Kaikeyi. According to the story, she is the one who instigates Kaikeyi to manipulate her husband into banishing her stepson (and Dashrath’s heir to the throne) Rama into exile so that her own biological son Bharat can be king.

In Manthara’s case, her disability is tied to maliciousness and villainy, just as it is for the hunchback Shakuni in the Mahabharata. Though it was Dashrath who exiled Rama, and Kaikeyi who convinced him to do so, it is Manthara who is blamed for all the events that took place. This stereotyping of her character as a disabled person also intersects with her lower social status as a servant.

All three characters play important roles in the epics; however, their disabilities become their defining feature and the reasons and implications are pushed back in the favour of able-bodied narratives that are popularly known.

Women with disabilities are one of the weakest sections of society even today, and perhaps such depictions in our mythology have something to do with it. Our epics were originally written for upper-class men and it is their interpretations that have been passed down centuries and have shaped the opinions of countless generations.

But today we can certainly question those interpretations and analyze how they have caused damage and created inequitable societies.

While modern, inclusive societies worldwide have made space for the physically challenged in public spaces, literature, pop culture, art and technology, India and the Subcontinent continue to assign regressive values to disability and deny the rights, dignity and desires of those with special needs.

Mythology is meant to be didactic; however, its lessons have been grossly misinterpreted and it is high time we move forward and change the perceptions about disability to make it more acceptable and ‘normal’ in our society.

Ruchika Verma is a literature student at the University of Delhi and a content writer. She is the author of the short story ‘An Autumn Leaf’ in the anthology Everything Changed After That: 25 Women, 25 Stories (Embassy Books). Buy it on Amazon.

4 comments on “Sacrifice, Revenge, Villainy: The Problematic Depiction of Women with Disabilities in Mythology” 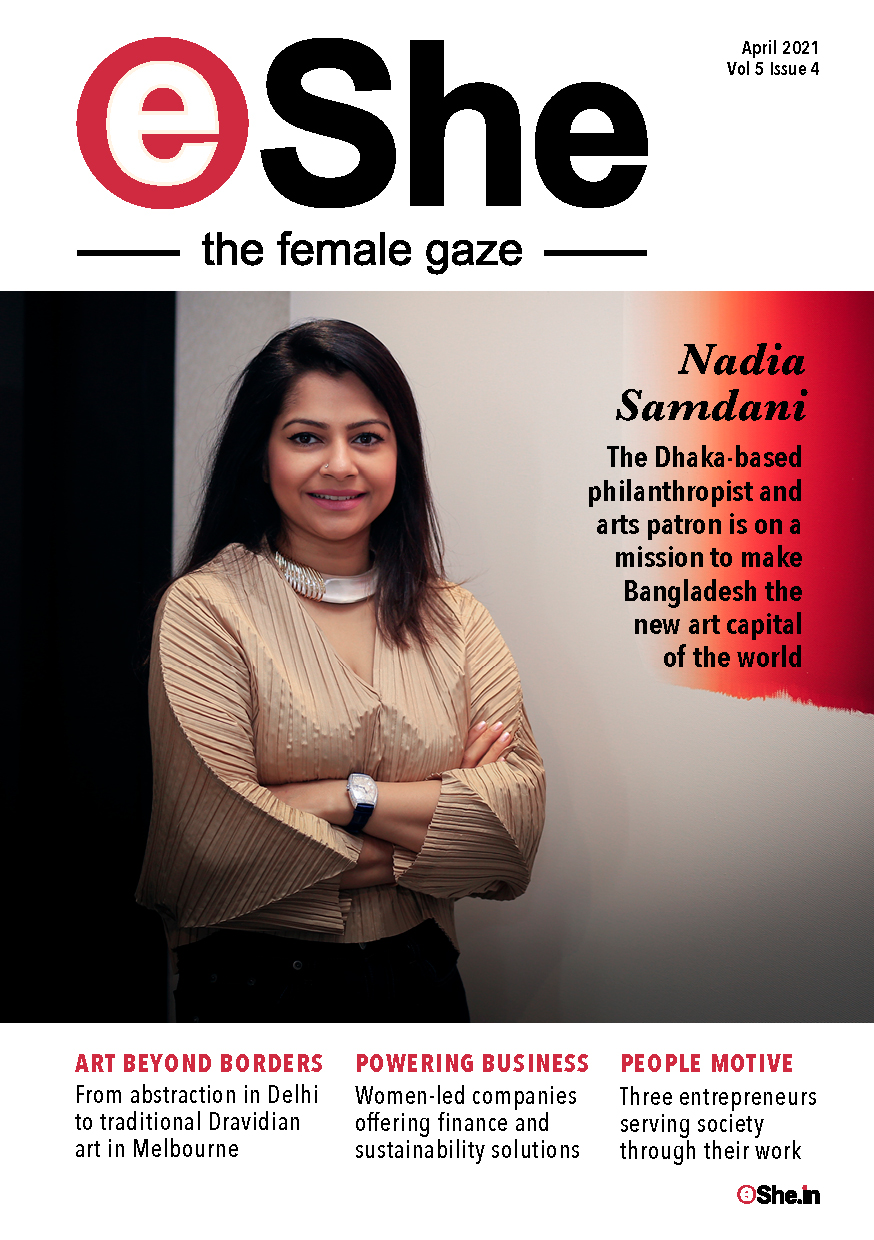 Essayist, novelist, and professor of media and politics at @SeattleU, Dr @SonoraJha1's new book 'How to Raise a Feminist Son: A Memoir and Manifesto' (@PenguinRandomHouse @penguinindia) follows her personal struggles and triumphs as a single mother and an immigrant raising an American feminist son.⁠
The most powerful woman in the world of Bangladeshi art, @NadiaSamdani is driven by an overarching vision to promote her country and its artists. ⁠
Our April issue is here and it is all about women filling the gaps in society and creating value. ⁠
Today, April 6th, is 'Plan Your Epitaph' Day. ⁠
#QuoteoftheDay⁠
Happy 60th birthday to @SusanBoyleMusic. ⁠ 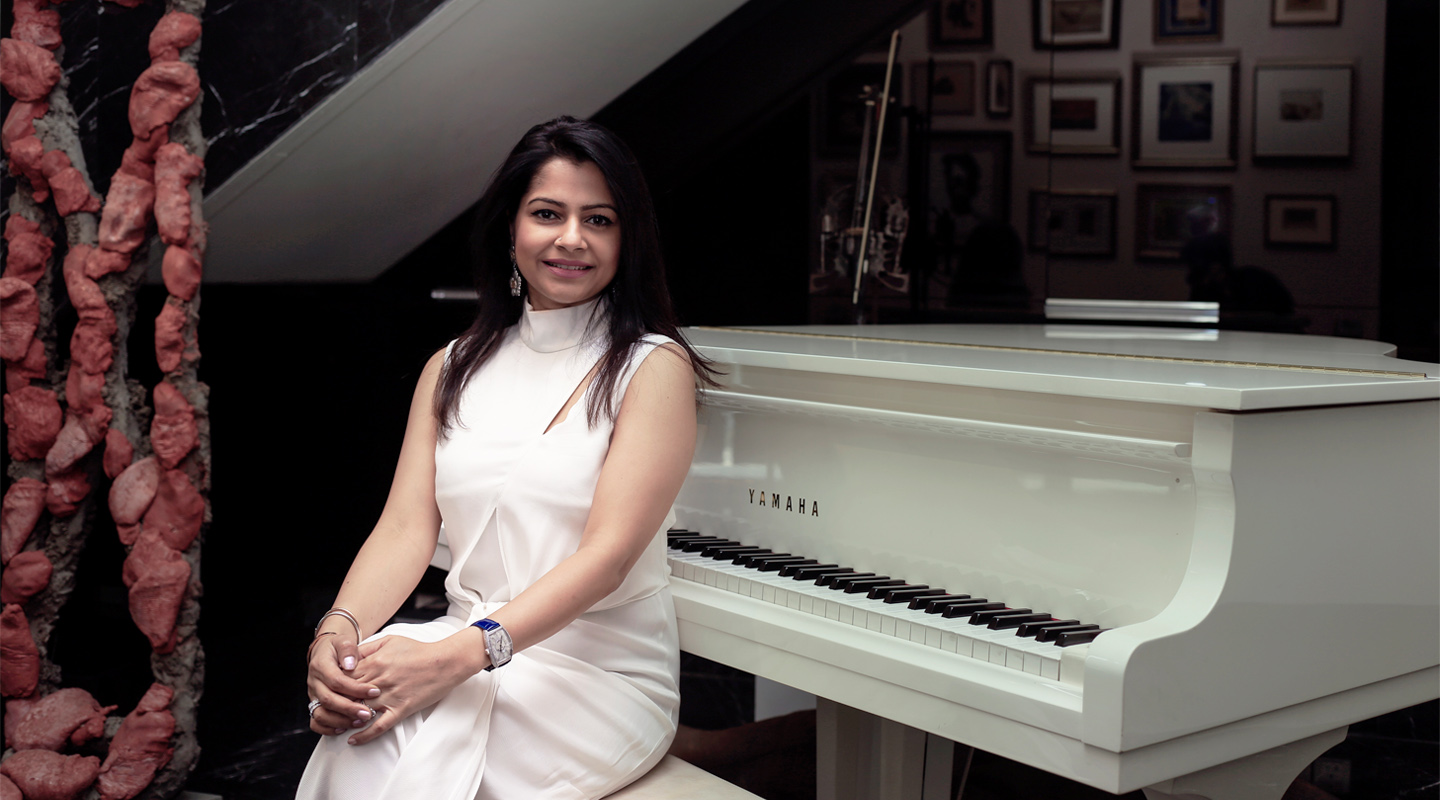 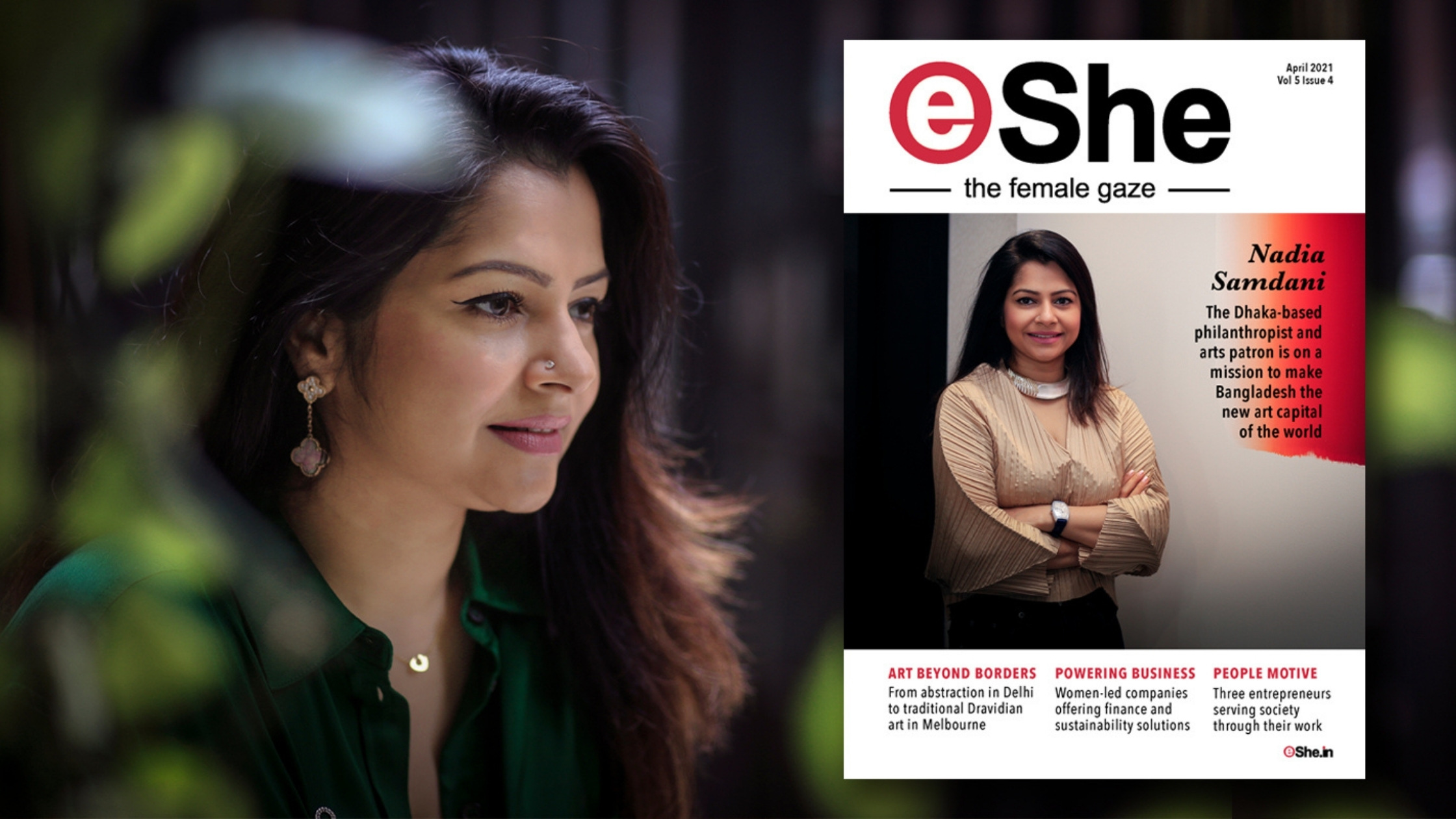 A God’s Feisty Bride Who Held the Fort: New Novel on Rukmini Revisits a Historical Heroine 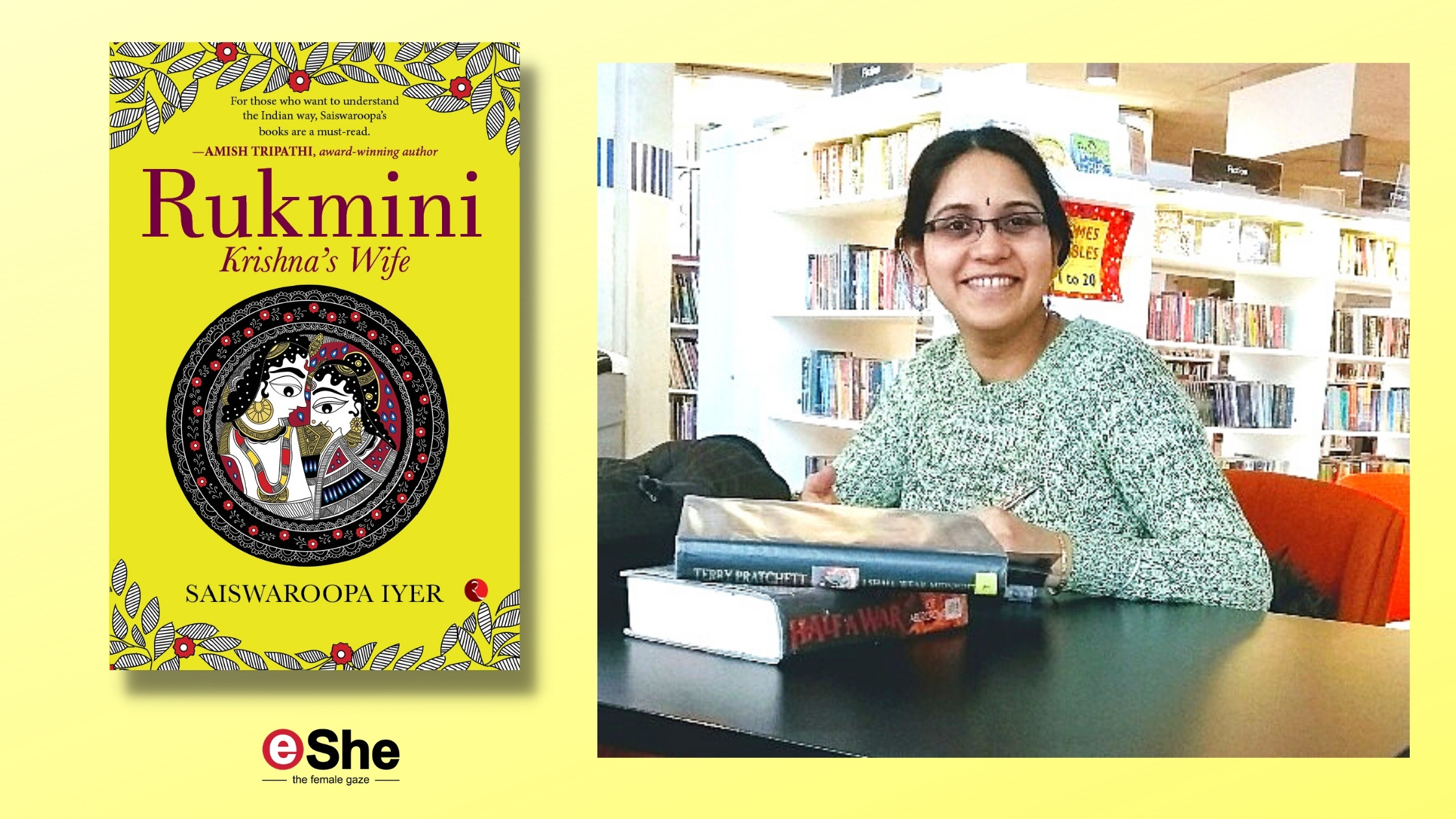 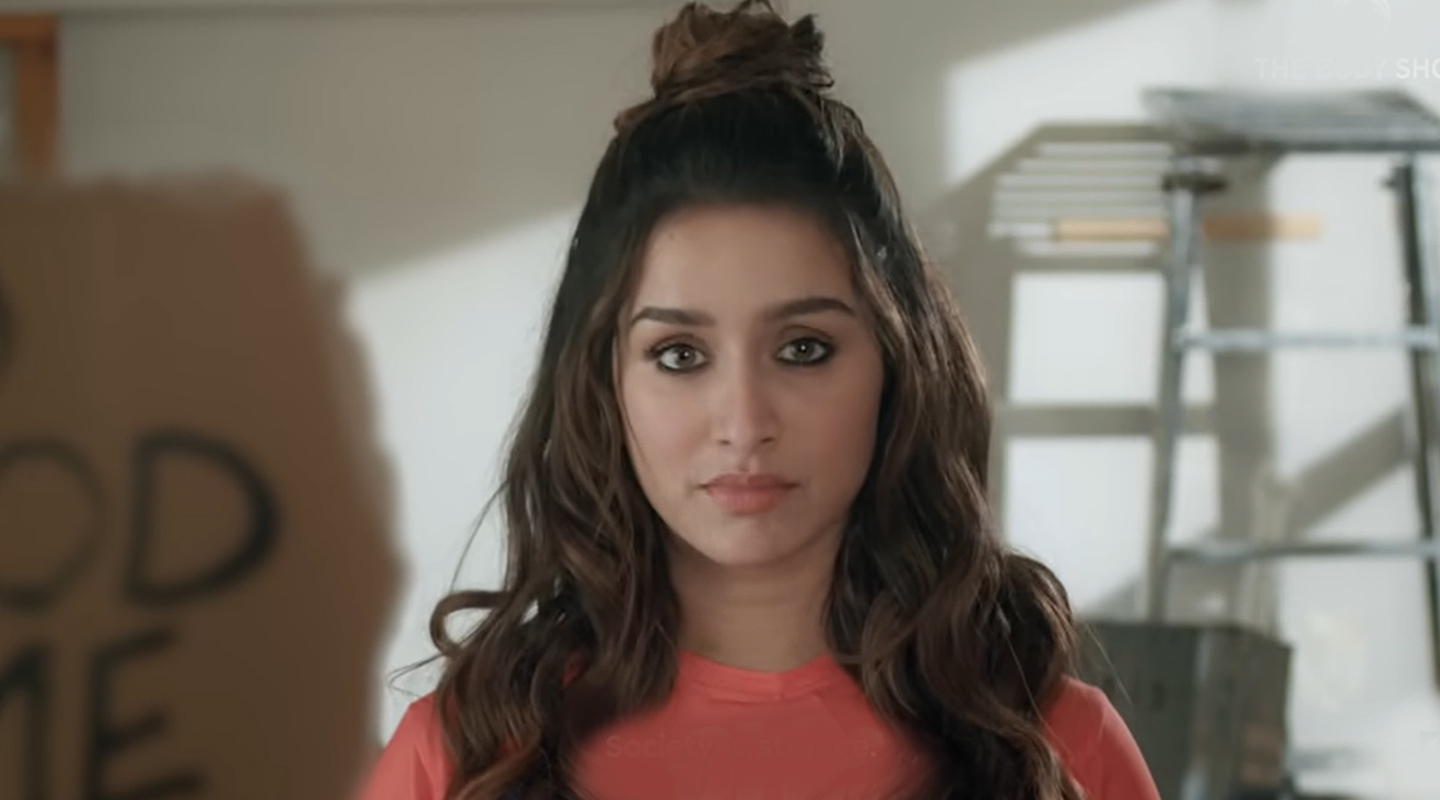