What are Indian women poets writing about? What are the subjects that consume them? We hunt for five of India’s best-known poetesses and ask them to share a significant piece from their oeuvre.

Writer, teacher, activist and potter Aditi Rao (in lead photo) has authored two poetry collections, and is the winner of several awards and fellowships. In 2013, she published a prose-poem called ‘Dear Mr Yadav, I Too Am an Indian Woman’ in The Feminist Wire as a response to Indian politician Lalu Prasad Yadav’s comments on the Delhi Slut Walk.

Her writing reflects the time she spent in India, Argentina, Mexico and the US, where she did her Bachelor’s in liberal arts from Soka University of America and MFA in creative writing from Sarah Lawrence College, New York.

Aditi now spends her time between Delhi and Shimla, and teaches creative and academic writing. She frequently organises intensive courses and writing retreats across the country. The 34-year-old also runs a youth programme using the arts for social change. Passionate about pottery, Aditi exhibits and sells her stoneware ceramic work created at her home studio in Delhi.

Aditi’s poems dwell on the female experience – the griefs, wounds and exhilaration that women have been conditioned to suppress – thus allowing a catharsis to take place on the page. ‘Girltalk’ is part of her latest anthology of poems A Kind of Freedom Song, which has been hailed for its “astounding vulnerability”. 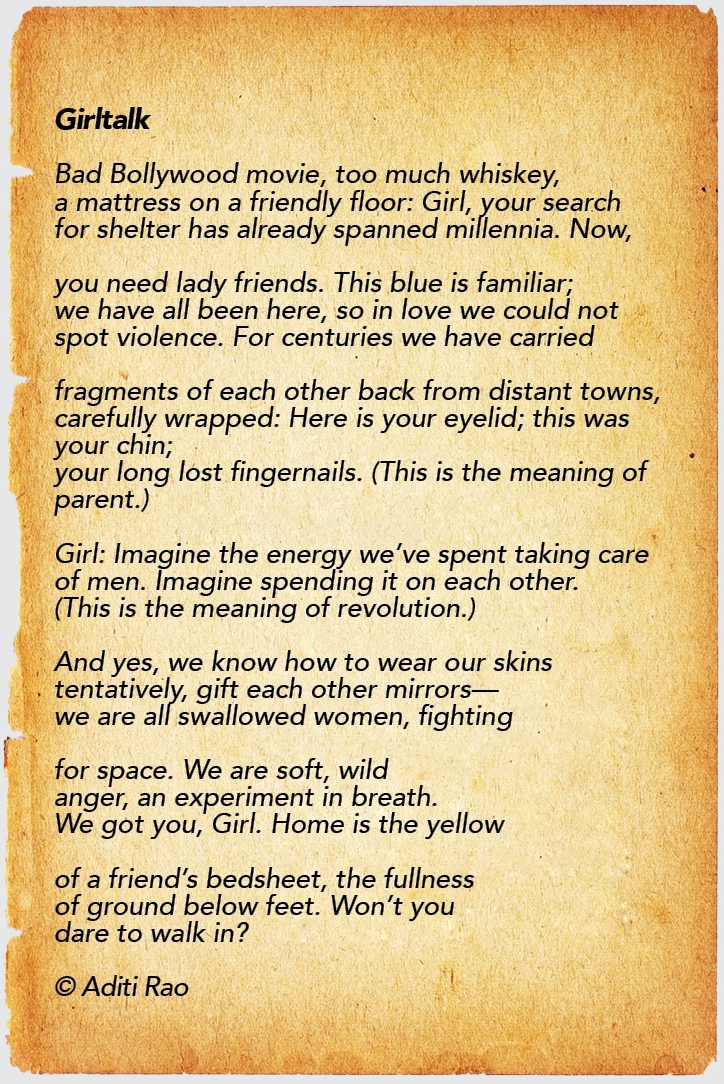 French-Indian poet and dance producer and curator Karthika Nair hails from Kerala. The daughter of an army officer, the 47-year-old spent her childhood travelling extensively across the country. 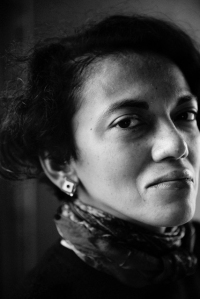 Due to a rare genetic condition, she was often hospitalised in childhood, and spent much time reading. Later, she moved to France to pursue a Master’s degree in art management, and worked in Paris for various institutions thereafter.

Karthika has published both poetry and prose as well as written scripts for dance productions. Her work has been published in anthologies worldwide, including Granta. She is the author of Bearings (2009), a poetry collection; DESH (2013), a dance diary; and The Honey Hunter/ Le Tigre de Miel (2013), a children’s book illustrated by Joëlle Jolivet. 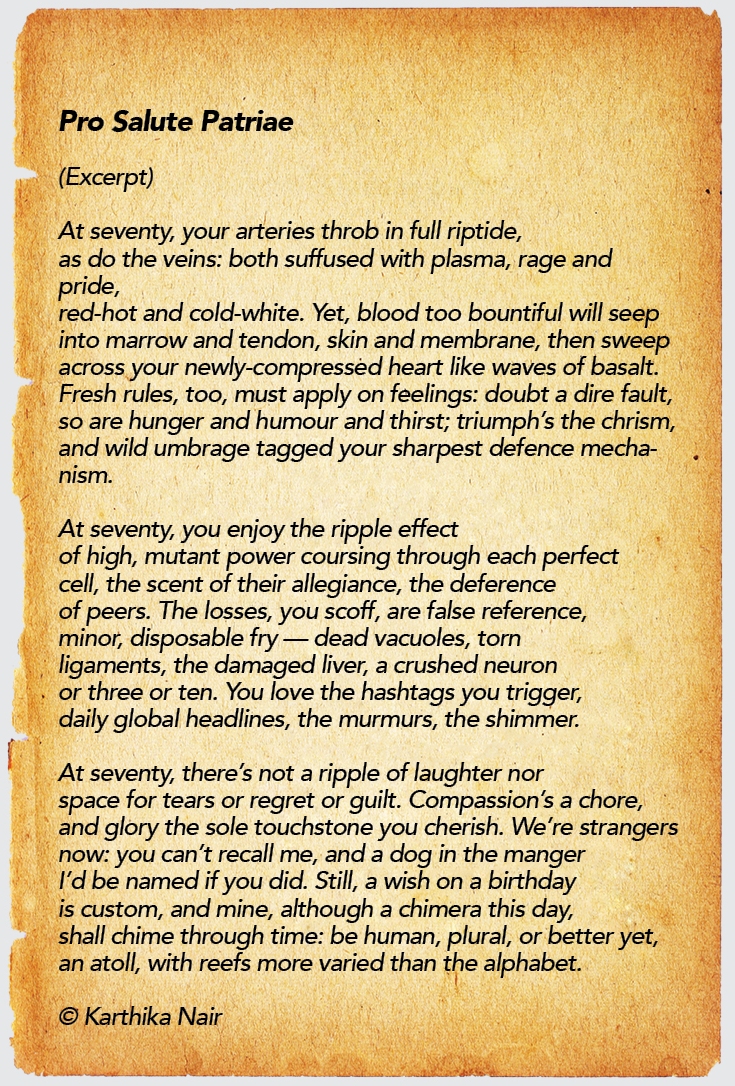 Sohini Basak grew up in Barrackpore and studied literature and creative writing at the universities of Delhi, Warwick, and East Anglia, where she was awarded the Malcolm Bradbury Continuation Grant for Poetry. Two years ago, she received a Toto Funds the Arts prize for her poetry.

Currently based in Delhi, where she works as an editor, Sohini’s personal writing hovers between recollection and review – of experiences she has had or imagined or read about. 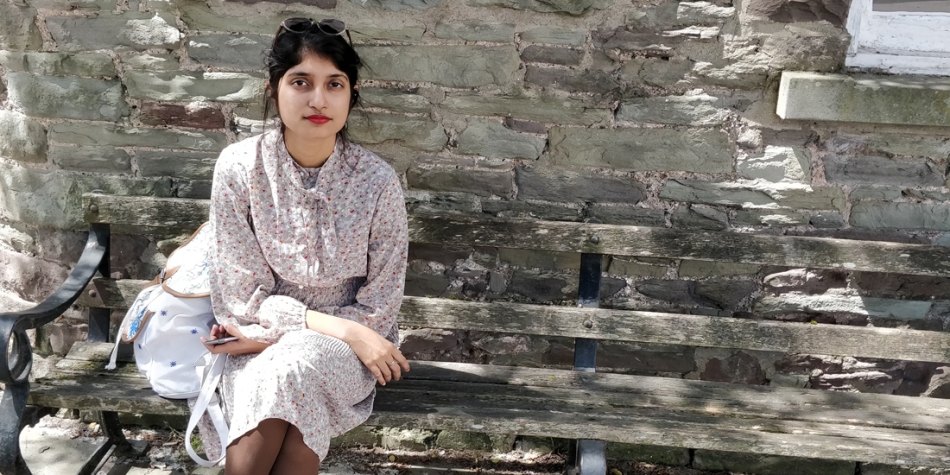 Her debut collection of poems, We Live in the Newness of Small Differences (Eyewear Publishing, 2018), fuses reality, dream and folklore and range from Bangla children’s classics to contemporary writers and ecological events.

Praised as an “imaginative debut”, it also won her the inaugural Beverly Manuscript Prize. ‘If You Look Long Enough’ is one of the poems in the book. 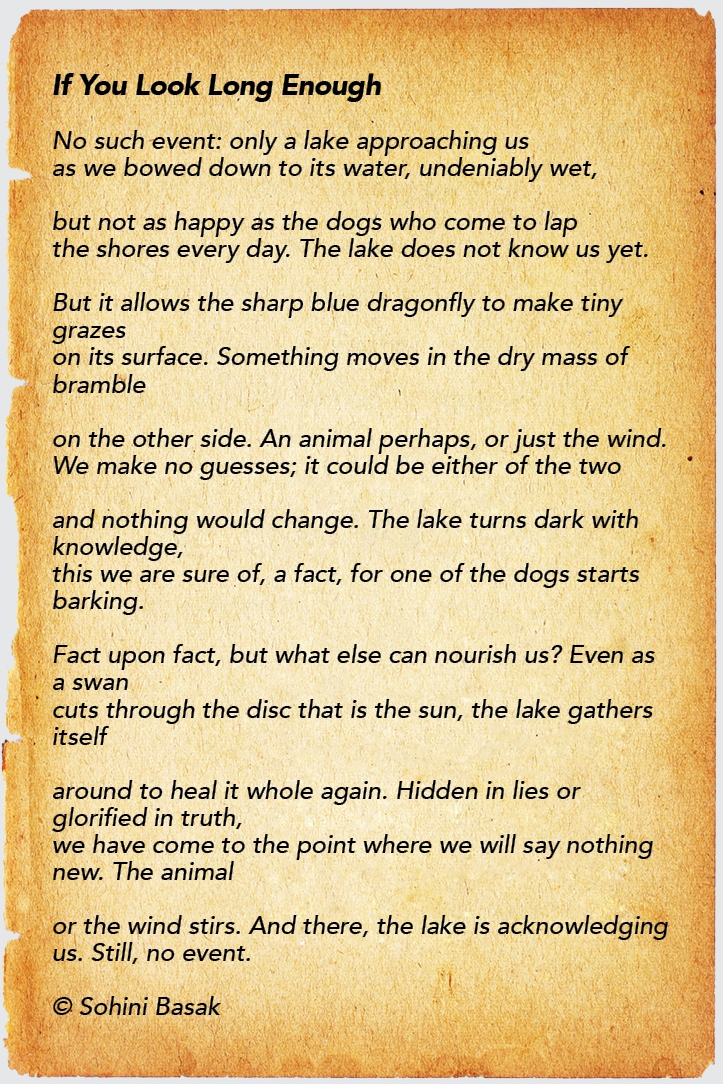 Born in Kalyan to Goan parents, award-winning poet Rochelle Potkar moved to Mumbai in 1998. She began writing at 27, after giving up her corporate job. Some of the common themes in her poems include relationships, feminism, sexuality, love, romance, motherhood and womanhood.

An alumna of Iowa’s International Writing Program (2015) and Charles Wallace Writer’s fellowship (2017), Rochelle is the author of The Arithmetic of Breasts and Other Stories, Four Degrees of Separation and Paper Asylum. Her poem ‘Skirt’ was made into a poetry film by Philippa Collie Cousins for the Visible Poetry Project. 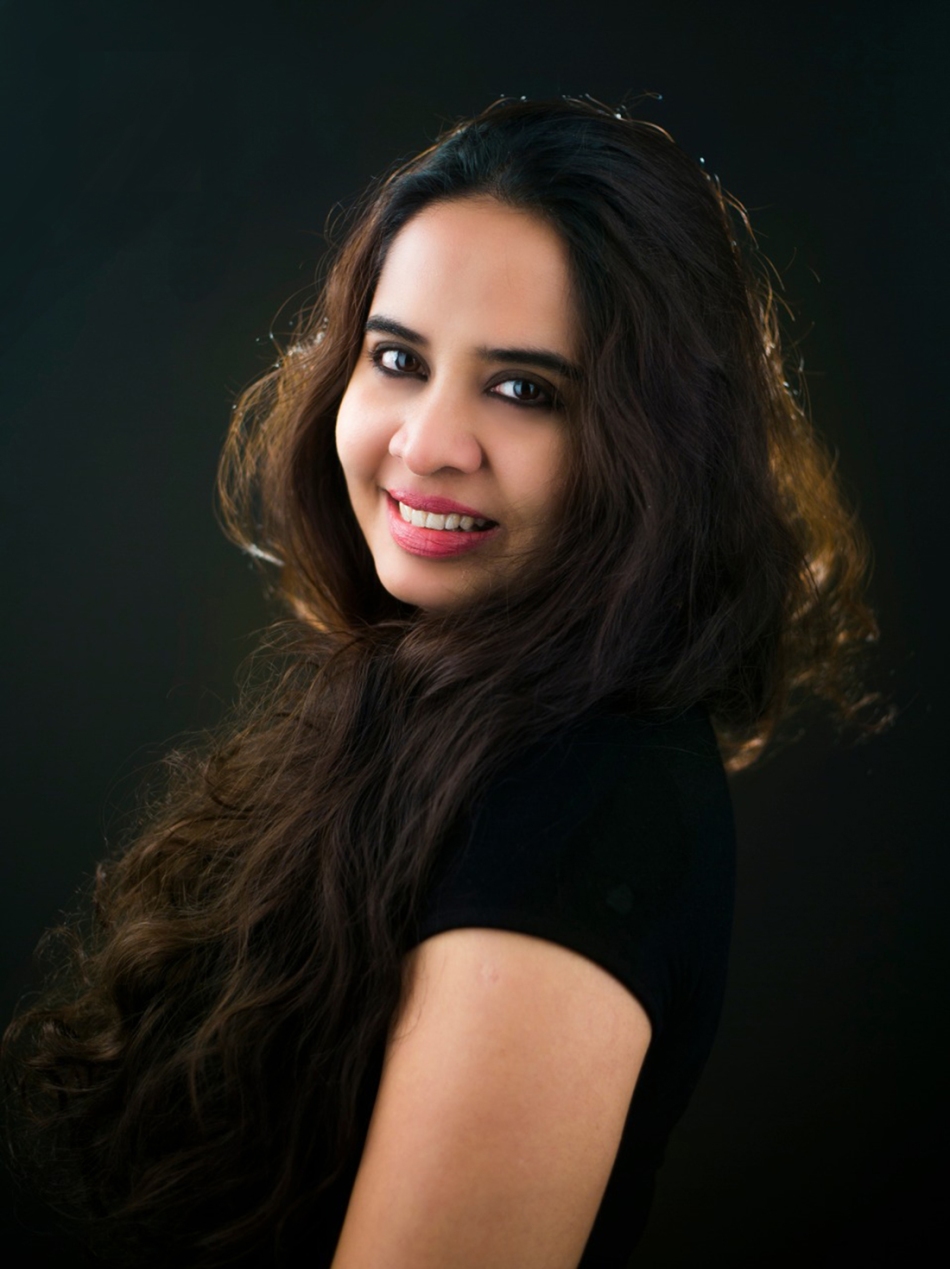 Rochelle has read her poetry in India, Bali, Iowa, Stirling, Glasgow, Hong Kong, Ukraine, Hungary and the Gold Coast. She also conducts creative (flash fiction, poetry and haibun) workshops in colleges and libraries. Besides the written word, she has also debuted in a character role in the Tamil feature-length film, Taramani, directed by award-winning director Ram. 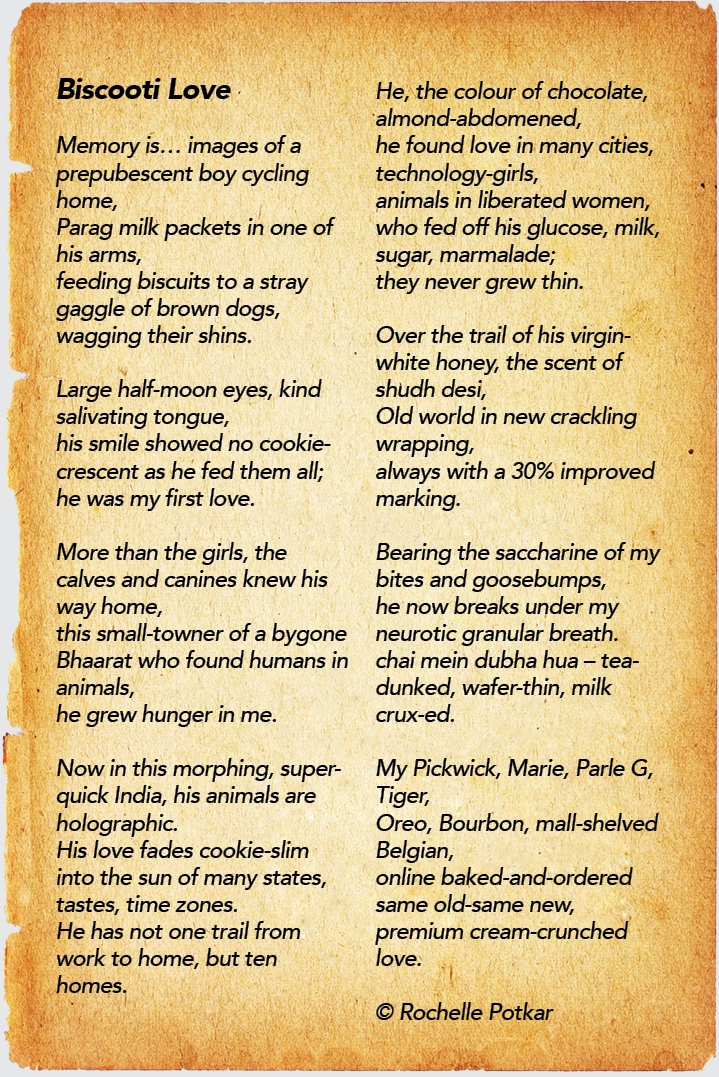 One of India’s greatest living poetesses, Arundhathi Subramaniam brings together a writer’s mastery and a mystic’s inspiration to her art. She is eShe’s cover personality in the July 2019 issue. Read her interview here.

Arundhathi is the winner of several prestigious awards, including the the Zee Women’s Award for Literature and the International Piero Bigongiari Prize in Italy, and fellowships such as Charles Wallace, Visiting Arts and Homi Bhabha.

Her poem ‘Home’ was part of her anthology Where I Live: New and Selected Poems
(Bloodaxe Books UK, 2010) and has been widely acclaimed in international forums. 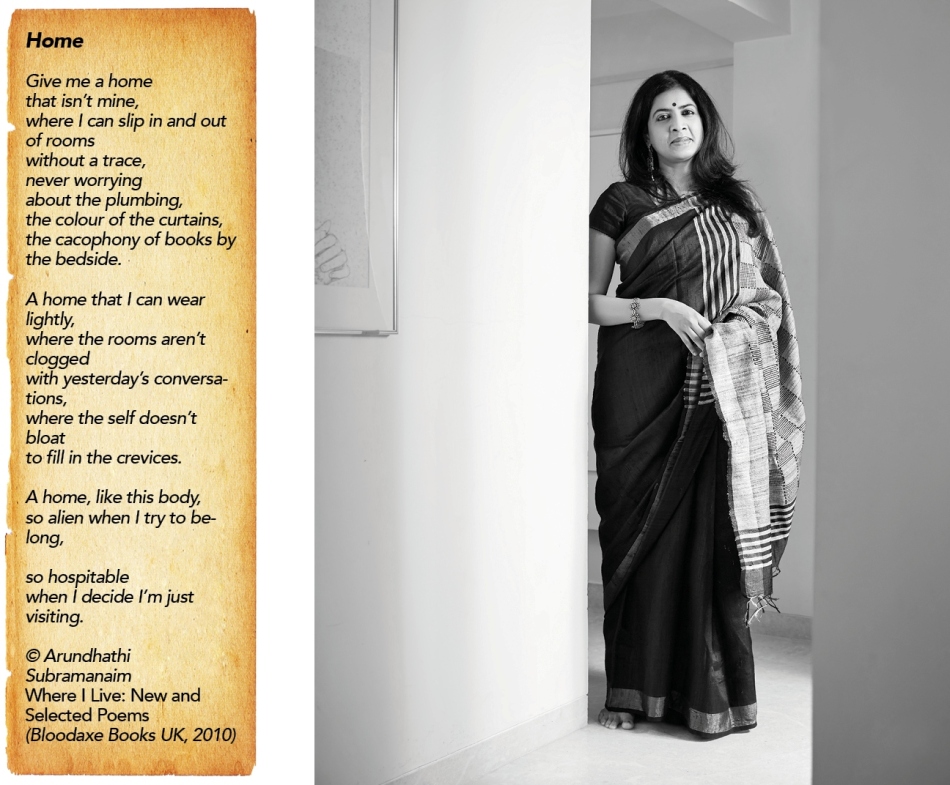 #eSheTV speaks to software engineer Amita Deshpande @amita_ecosocial of social enterprise @recharkha_ecosocial about her efforts in creating useful lifestyle products out of plastic waste.
One of South Korea’s most widely read and acclaimed novelists with 17 books to her credit, Kyung-sook Shin's new novel 'Violets' is a mesmerising depiction of urban loneliness, misogyny and rejection.
“If you remove a person from their comfort zone, they will learn anything!"
In the latest episode of eShe TV, we speak to multimedia artist, actor and singer Deborah Claire Procter @debcprocter, who was born in Cardiff, Wales, and is now based in Buenos Aires, Argentina. She has made performances for theatres and galleries around the world and has won various awards and fellowships.
"I do not remember the first time I made myself throw up, or the first time I went on a 90-minute run… I do not remember when going without four hours of eating became eight, which became 12, 16, 24. It is not a problem until you convince yourself it is a problem. Until you look in the mirror and you see just a shell of a woman, just a bag of bones."
Pune mother Ritu Goyal Harish wanted to support her bisexual daughter in her journey towards self-realisation, happiness and personal freedom. But it hasn’t been easy, she shares. 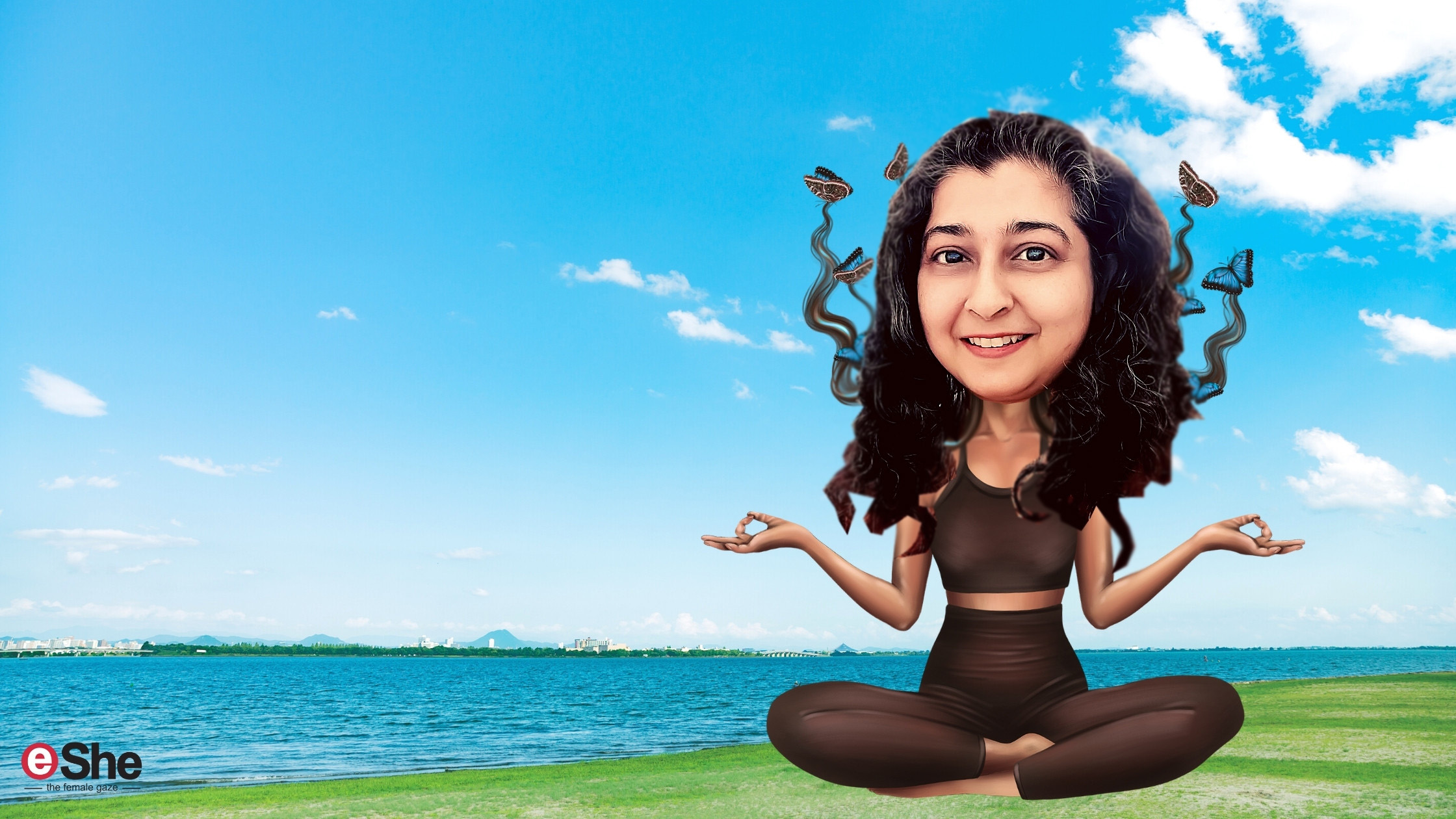 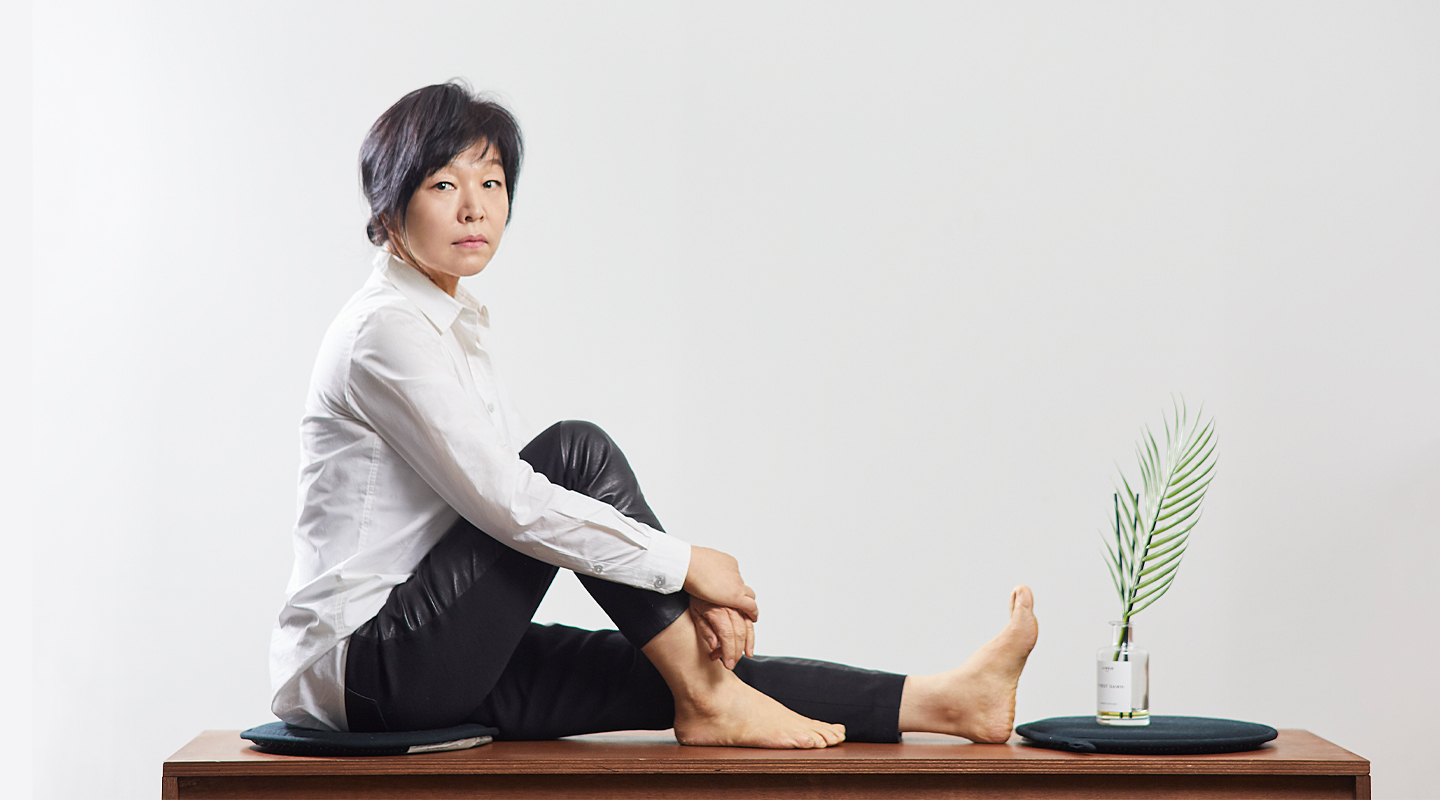 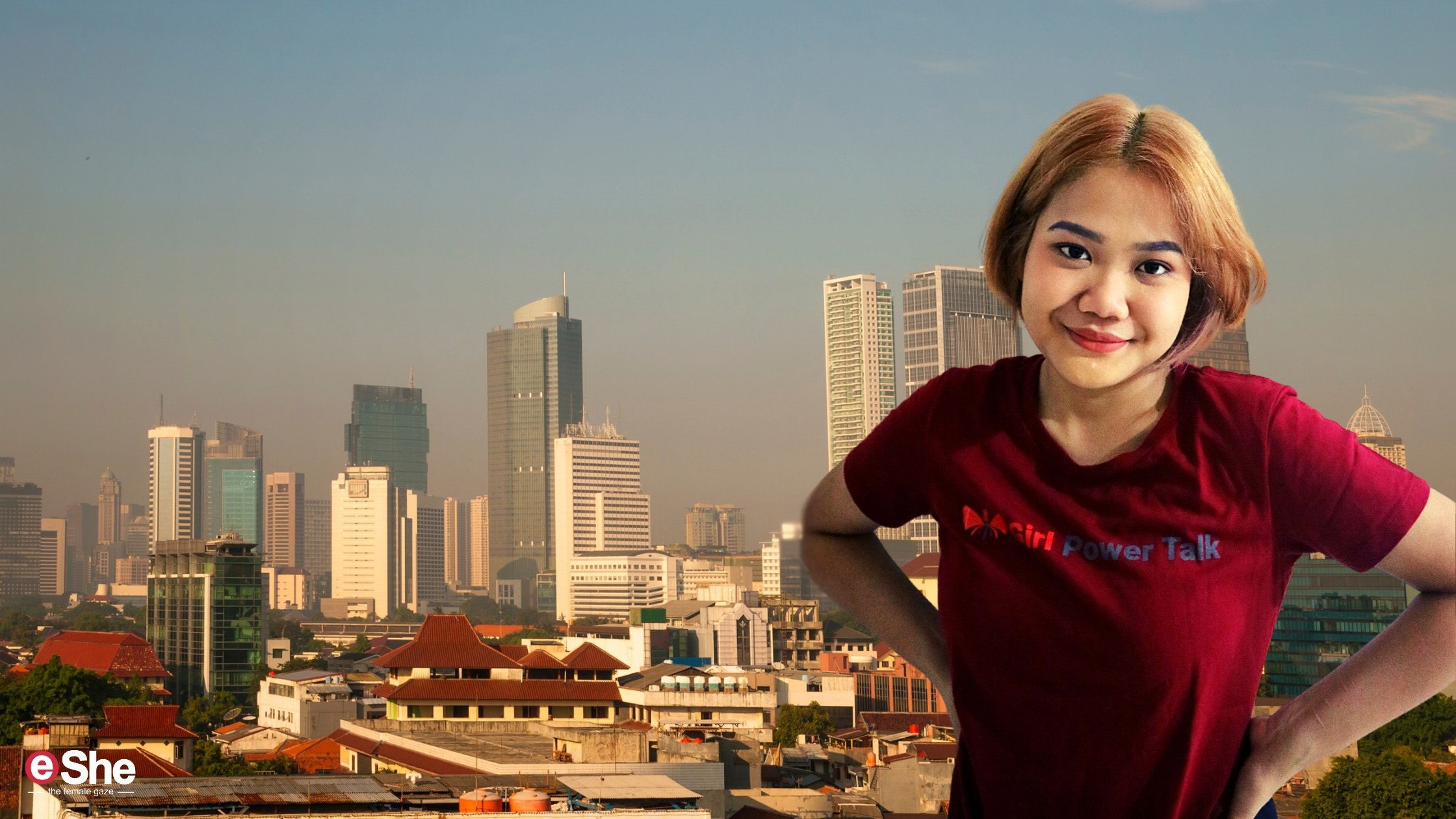 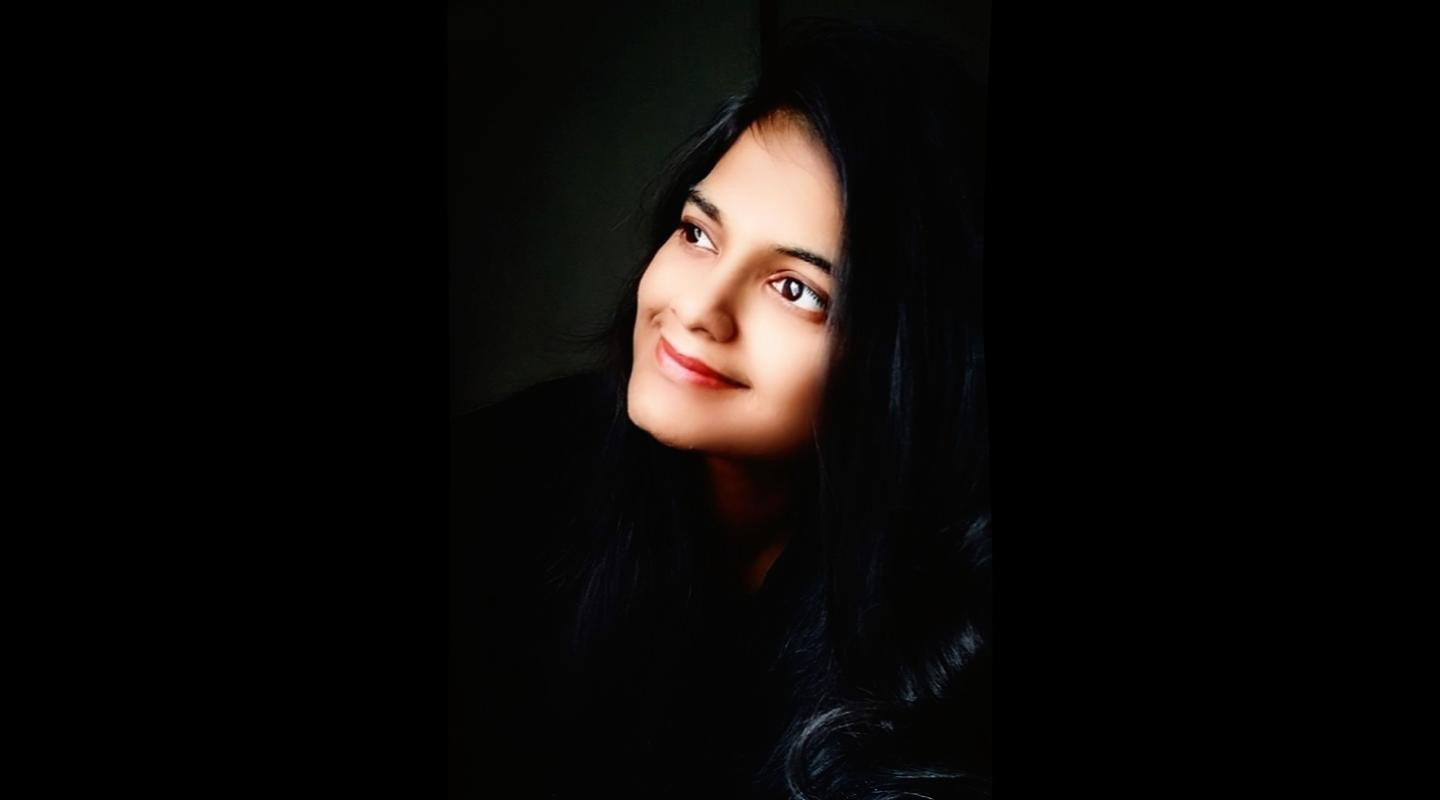