Simone Bhan Ahuja’s sojourn into innovation began with a love of chaat – and a bout of typhoid.   Several years ago, the Indian-origin, Minneapolis-based dental surgeon was leaving Delhi for the US and searching for her beloved bhelpuri. “The vendor that I usually visited wasn’t there so I went to another vendor. Big mistake – or was it?” she muses. She was sick even on the plane to the US, and ultimately learnt that she had typhoid.

“It’s so rare where I live that it took 10 days for doctors to figure out what was wrong with me. During that time I became very ill and perhaps even hallucinogenic with spiking fevers at night and I thought I might not recover,” narrates the author and the founder of Blood Orange, a US-based marketing and strategy advisory boutique.

When she finally got better, it was clear to Simone that she needed to leave dentistry and follow her heart: investigating innovation. 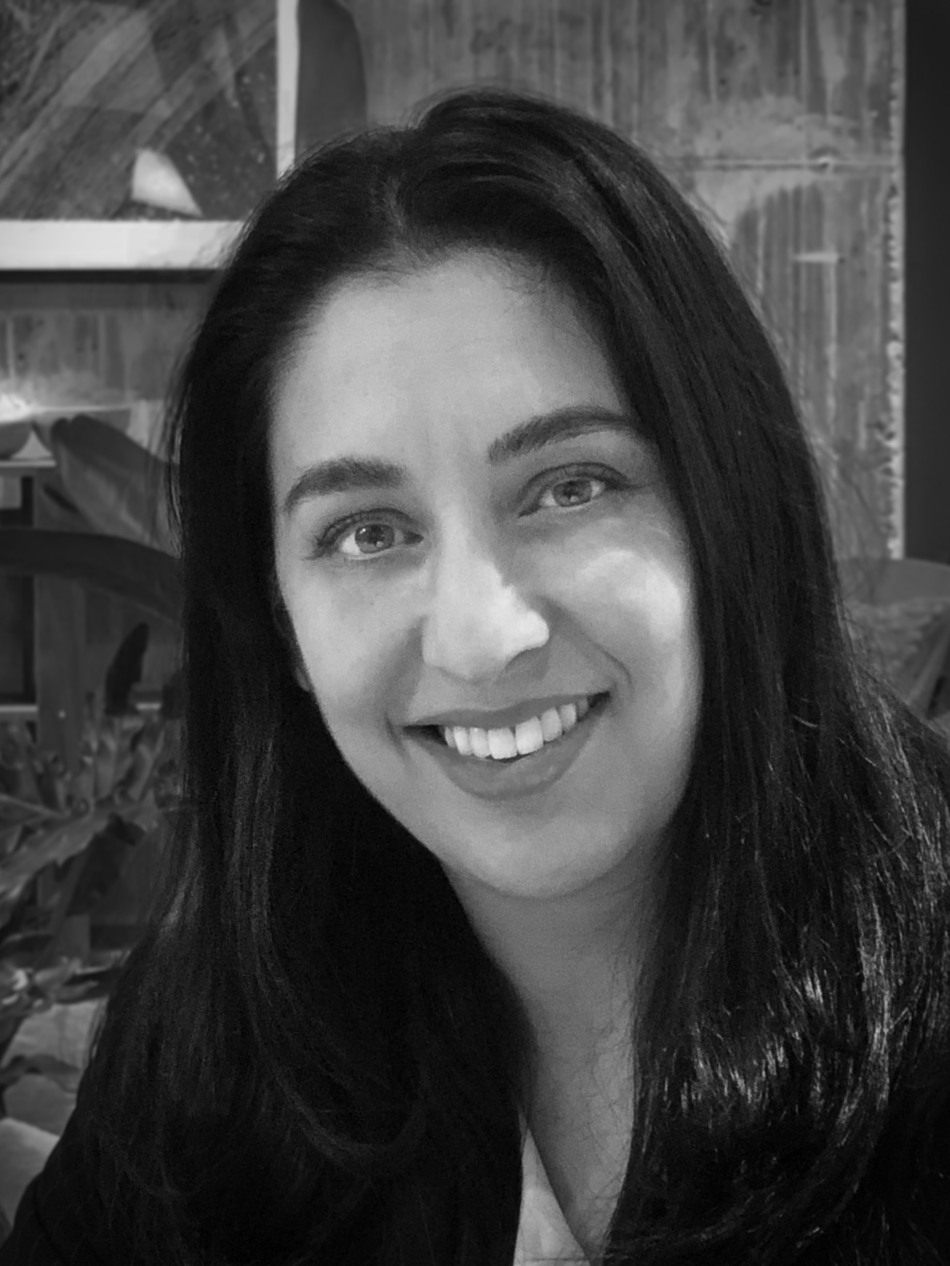 A few years later, she co-authored the best-selling book Jugaad Innovation: Think Frugal, Be Flexible, Generate Breakthrough Growth (2012) along with Jaideep Prabhu and Navi Radjou, and changed the way the world’s top corporate houses looked at innovation and growth. It was called “the most comprehensive book yet on the subject” of frugal innovation by The Economist.

Last month, Simone – who is consultant to the Centre for India & Global Business at Judge Business School, University of Cambridge – released her second book Jugaad 3.0: Hacking the Corporation to Make it Fast, Fluid and Frugal (Penguin Random House). The book is titled Disrupt It Yourself in the US, and was released simultaneously. 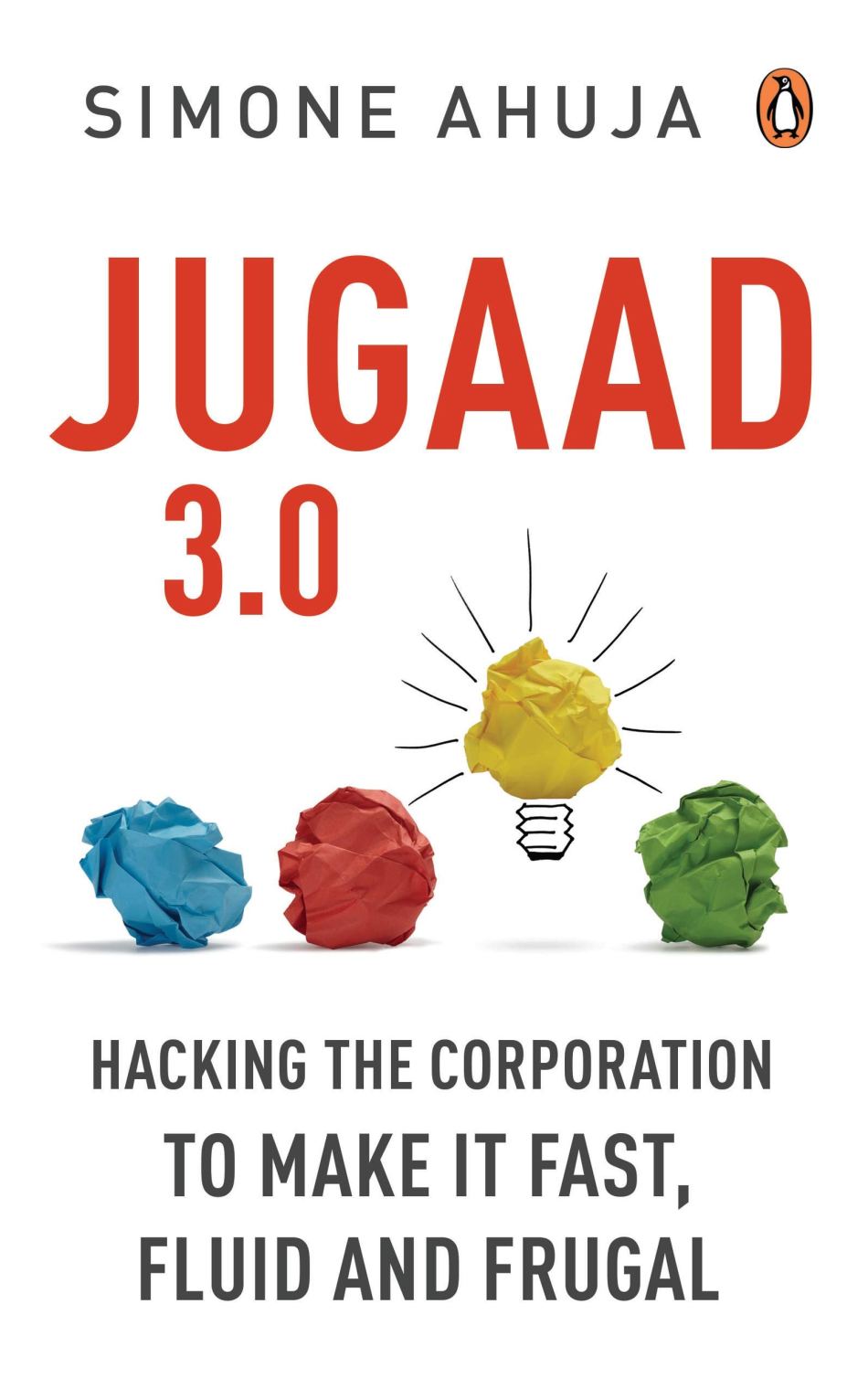 Raised in the northwestern American state of Minnesota, Simone’s mother was a physician and Simone always had a desire to help others. “Dentistry was on my radar since in the US, dentists have more autonomy in terms of running their clinics, but are still squarely in healthcare,” she tells eShe.

Simone practised full time in private practice for just a year before going part time and “pursuing interests that were closer to my heart and more enriching for my mind” such as improvisational and traditional theatre and filmmaking. An associate Fellow for the Asia Society in New York City, Simone still holds on to her license to provide part-time dental care in community clinics to those who can’t afford private practice.

Though Simone’s family was primarily based in the US, London and Canada, she had one strong remaining root of her family in India: “My bhuaji (father’s sister), who along with her husband and daughters, gave me my love for India,” says Simone, adding that ‘jugaad’ was a brand new phenomenon to her when she visited India initially.

“I learned about it as I was studying innovation in India – particularly among grassroots entrepreneurs and how they solve problems even if they are severely resource constrained,” she recalls. “It was really the contrast in problem-solving approaches between my teams – one US-based and one India-based – that helped me understand what jugaad is – and why it’s so valuable.”

While Simone found her US team very talented, she felt they were also generally more rigid and linear in their problem-solving approach. Her India team that was on the ground with her conducting research, on the other hand, demonstrated firsthand how a flexible and resourceful mindset leads to more and often better solutions.

Though the term ‘jugaad’ hasn’t always been used in a positive context in India, one could argue that Simone has somehow managed to give it a swish new makeover. “I relish debating the meaning and value of the word jugaad with those in India and elsewhere. It’s a polarising word – and one that I hope is eventually re-contextualized in the way that I mean it – like ‘hacking’,” she says.

It was while directing the television series Indique: Big Ideas from Emerging India that the seeds of Jugaad Innovation were sown. “The on-the-ground, ethnographic research that I did in India led to that first book by way of a blog on the Harvard Business Review online. A US-based literary agent spotted the blog about jugaad and asked if my co-authors and I were interested in writing a book about the subject,” she narrates.

Later, sharing those lessons with large corporations in the US helped her realise that ideas and a flexible mindset are valuable in a large organisation – but only insofar as you can execute them. “That’s what led me to write my new book, Jugaad 3.0.” In the book, she shares her observations after years of studying firsthand the power of the creativity, frugal improvisation and the low-resource/high-value approach of jugaad in certain situations. “This kind of thinking gives those who have it a tremendous advantage in problem solving,” says Simone.

In Jugaad 3.0, one of Simone’s case studies is a woman, Balanda Atis, who comes up with a new kind of foundation colour for her cosmetics company that suits darker skin tones. Simone says that for larger, formal organizations, “If the idea is to create more avenues for innovation, it cannot be treated as an actively for the elite.  Democratising progress is a growing trend in societies around the globe, and a key tenet of disruptive innovation.”

Simone also believes that empowering women all over the world – and certainly in developing economies – is going to be fundamental to driving big, breakthrough innovations, as well as important, smaller scale innovation.

“This is for three reasons,” she says. “One, when women are involved in problem-solving, research shows that they bring more empathy, which can lead to better solutions finding, and better problem definition – in other words, insuring that we are solving the right problem rather than making assumptions. Two, research also shows us that public companies that are more ethnically and gender-diverse perform significantly better than others. Three, women can be more collaborative, which can lead to partnering and co-design – both are fundamental to better solutions finding for problems of all sizes.”

She cites the example of a frugal innovator who is helping to shatter tremendous barriers in maternal and child health: Zubaida Bai, founder of Ayzh. Zubaida was raised in Chennai and the first person in her family to attend university. She went on to earn a Master’s in engineering. “Zubaida herself developed an infection after giving birth due to unsanitary conditions, which created many health issues for her over a long period of time,” narrates Simone. “After having this experience, she was inspired to help rural women who needed access to safer births, and created a high-value, low-cost Clean Birth Kit in a purse that helps insure a safe and sanitary delivery.”

In between the two books and all the research, Simone became a mother twice. She now lives in Minneapolis with her partner Hari, four-year-old son Niko and a baby daughter Zara, who was born just days before Jugaad 3.0 was launched in India (“Two births in two months!” exclaims Simone). Between her business and her babies, she certainly has her hands full: “Eventually, I’ll get back to hobbies (and hopefully sleep),” quips Simone, adding that she enjoys reading, yoga, and traveling around the world. On her nightstand are books like Changing Your Mind by Michael Pollan, Antifragile by Nassim Nicholas Taleb, The Mother of All Jobs by Christine Armstrong, Awakening Intuition by Dr Mona Lisa Schulz and the biography of Elon Musk, but Simone hastens to add, “I’ve read exactly none of these in the last four weeks!”

For someone who can spot patterns in events and delve into deep research with a scientific temperament and a compassionate worldview, it is just a matter of time that Simone will be back with another eye-opening concept. After all, raising two little children as a working mother is itself a lesson in jugaad innovation!

“2 Things Work in India’s Favour – Its Democratic Spirit, and the Little Remaining Spine of Its Civil Society”

“Peace Shouldn’t Be Defined by Just Absence of War, But by Absence of Trauma” – Gurmehar Kaur 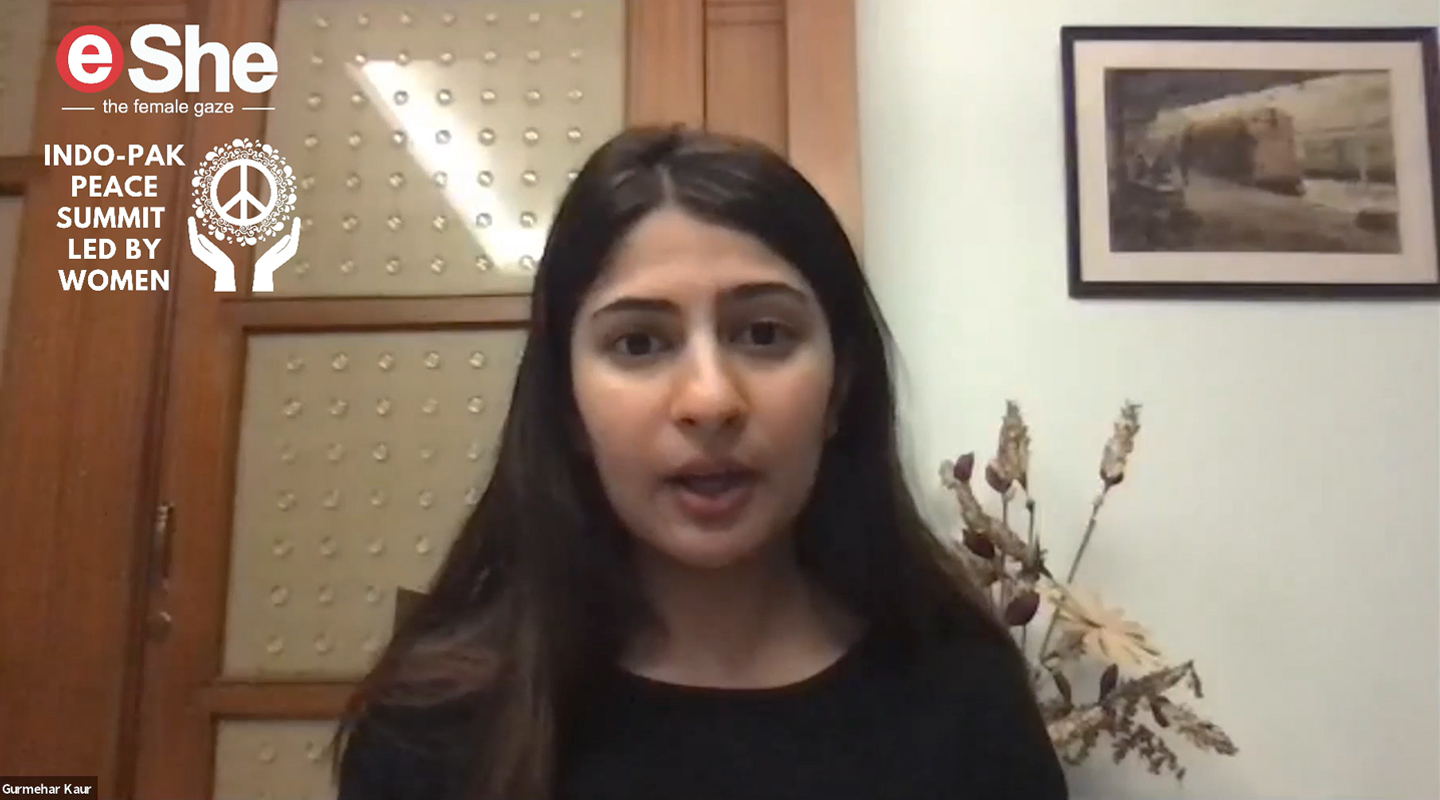 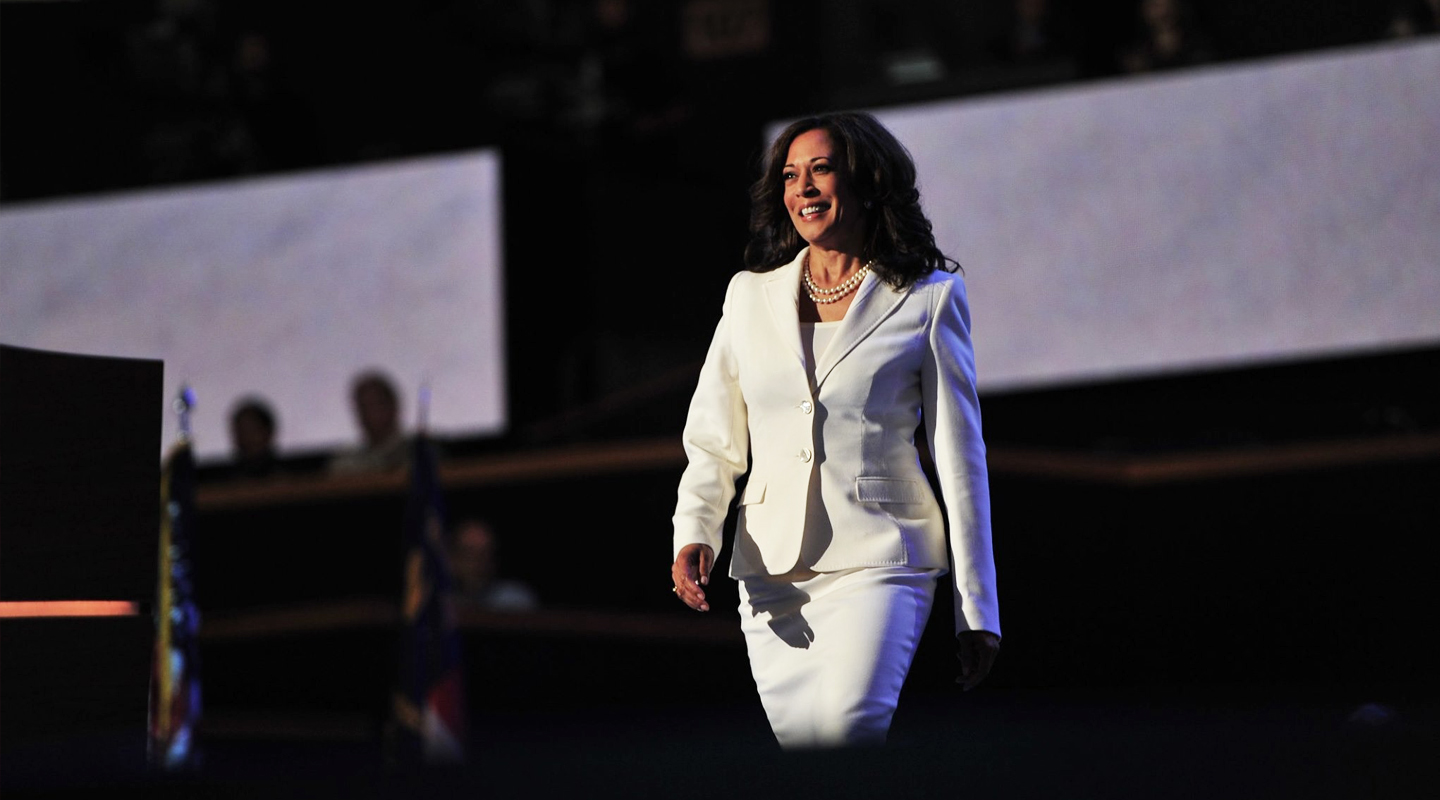 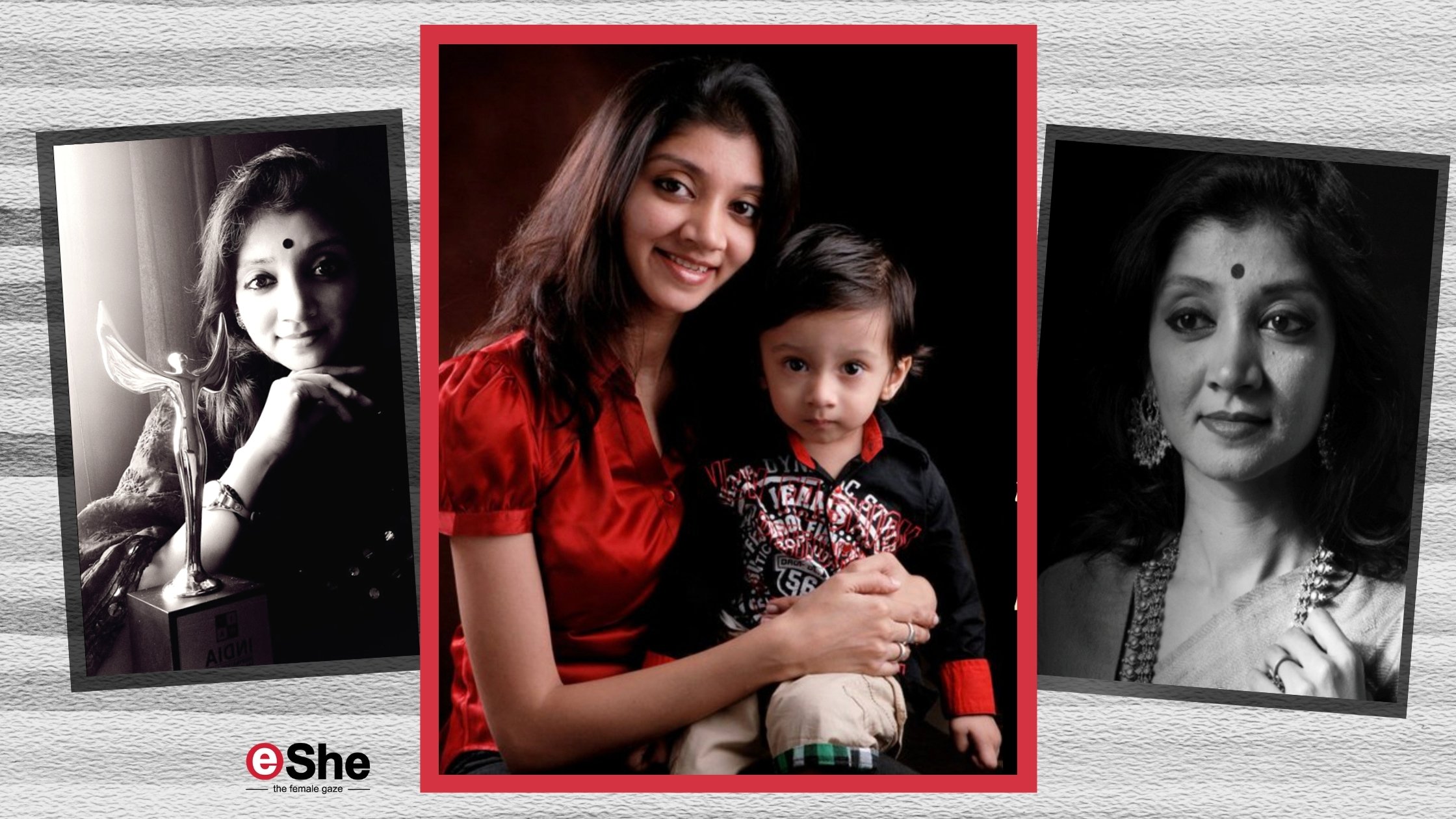