A new web television show that premiered this month on Amazon Prime has captured urban India’s imagination, and for good reason. Made in Heaven follows the life complications and work dramas of a pair of wedding planners (played by Sobhita Dhulipala and Arjun Mathur), one of whom is a woman in an ‘imperfect marriage’ and the other a gay man.

The show is extraordinarily true to life, sensitive in its characterization, and detailed in ways so far unexplored by other filmmakers, so we were keen to speak to the makers of the series, who are mostly women. Created by Zoya Akhtar and Reema Katgi, the show has nine episodes directed by four different directors.

We spoke to Nitya Mehra, who has directed Baar Baar Dekho as well as worked on films such as Life of Pi and Namesake. She is the executive producer of the show as well as director of three of the episodes.

We also spoke to Alankrita Shrivastava, the award-winning director of Lipstick Under My Burkha who has co-written the series and directed two of them.

eShe: Unlike regular movies and TV shows on the theme of weddings that are kept ‘safe’ for family viewing, Made in Heaven is unabashed about sex, extramarital relationships and uncomfortable bedroom truths. As a director, what were the challenges you faced in putting across these nuances to the audience?

Nitya Mehra (NM): Of course, it has to be unabashed because that’s life. The show is a kind of mirror to society and like all writers and directors, we are constantly influenced by life and its realities, its magic and everything that surrounds us. As a society, we generally tend to self-censor, not speak about certain issues or truths but luckily as makers we didn’t have any such issues.

I learn the craft of filmmaking each day that I work and the challenge is not about how we can speak about certain topics but what best will tell the story, what best frame will set the right mood. It’s not about the subject because we already signed that off on paper. It’s about how to get the best performances and how to use cinematic grammar to create the mood you want to.

How did you involve the cast and team in your cinematic vision, down to the smallest details?

NM: We did workshops with the cast. I love actors because mostly they give a director all that they have and so it was interesting for me to set a playground for them to act within, but kind of curate that playground. Give them certain boundaries and pull them back in every time it felt inauthentic.

Why did you decide to have a gay co-lead character?

Alankrita Shrivastava (AS): When I came on board to write the show, Zoya Akhtar and Reema Kagti had already worked out the idea of the show and that it will have two main protagonists as the wedding planners. With that we began building the two characters and their journeys, their personalities, who they were, why they were, what did they want, where they came from…

I think we were interested in Karan as a character as a whole. His sexuality was one part of it. And we did want to explore what it’s like being gay in a country that criminalises homosexuality, and how – even if you are in a place of relative privilege – you can still find yourself to be an outsider because of your sexual orientation.  When we started writing the show towards the end of 21016, the law had not changed.

When you made Made in Heaven, were you consciously trying to break the ‘wedding movie’ stereotype in portraying the interpersonal dynamics of family members in a traditional wedding?

NM: I don’t think the writers or me ever sat down and said let’s not do or write something because some other movie may have done it. Zoya, Reema and Alankrita were quite clear as to the story and characters we wanted to create. If then there are similarities, it doesn’t really matter. I don’t think anyone was trying to consciously break the ‘wedding movie’ stereotype; we were just trying to tell stories about these multiple families from our own perspective, with observations and topics that interested us.

The show depicts that while India’s affluent class may have become modern, many hypocritical mindsets and attitudes still remain the same. Tell us more about this.

NM: I don’t think being liberal or modern so to speak has anything to do with the affluent class or rich versus poor. In India, you constantly find that tradition jostles with modern aspirations and that is what we took inspiration from. Made In Heaven chronicles the lives of Tara and Karan, two ambitious wedding planners in Delhi as they work to bag all the big weddings. Therefore it is mostly set within affluent families that can afford big wedding planners. India is a potent blend of old and new, and yes the supposedly liberal fabric of the upper crust is sometimes a farce.

We as a society are obsessed with the institution of marriage and therefore weddings as well. Weddings, no matter what social or economic strata you come from, are the time families showcase who they are. It’s a sort of showmanship. Very rarely is it about the couple. Mostly it is about the parents and who all they have to cater to. I think we believe from the time a child is born that he or she is eventually to get married and so money is saved for this. Parents believe their duty will finally be relieved once they get their children married. Obviously with beliefs like that, weddings have to be one of the biggest businesses in India.

The series takes on the issue of how IPC Section 377 affected the daily lives of LGBTQ people – why did you decide to include such a theme and anecdote in the movie?

We wrote and shot Made in Heaven when Section 377 had not yet been scrapped. To have a lead protagonist who is gay and living in the capital city of a country that considers homosexuality a crime, and NOT delve into how that affects people who are gay in our country, would have made no sense. It had to be dealt with. We often think we live in a cocoon and nothing can affect us – but sometimes things leap up at you and you have to decide if you have the courage to stand by what you believe in or not.

We wanted to chronicle that journey for Karan. How does he find courage eventually? And why? As Nitya said, the show is about putting a mirror to society; it offers a critique of Indian society. So that comment had to reflect in Karan’s track.

MIH has been hailed for a nuanced sensitive portrayal of LGBTQ persons and interpersonal relationships. What was your thought process on that?

NM: I think the first thing you do is not look at your character as a ‘gay’ character. Karan is first a person whose character you create, and his sexual orientation happens to be homosexual. The show portrays the journey of a homosexual man in this context and deals sensitively with many issues – acceptance by family and possibly even by oneself, the stigma of homosexuality, amongst others. 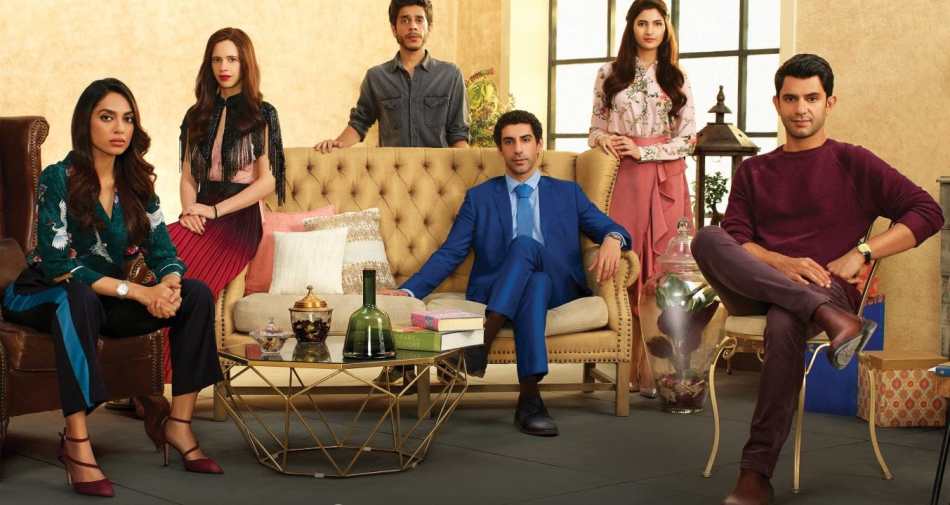 AS: I think Made in Heaven was written with humanity and empathy for all its characters. There was nothing ‘sensational’ about Karan’s sexuality for us. So that translated. The attempt was for the portrayal to be normal, empathetic, nuanced and sensitive. We wrote and shot the series with that sensitivity. And I think it was an inherent sensitivity in all of us. We knew we were going to do it this way.

And I do think that the show has a very strong and clear female gaze, with the creators, writers and directors being largely women. And the female gaze is far more sensitive and empathetic.

Patriarchy punishes not just women but also men who do not conform. And that awareness also makes one’s writing more sensitive. I think we were not functioning in the hetero-normative male hemisphere where most storytelling comes from.

0 comments on ““Weddings Are a Sort of Showmanship”: The Directors of ‘Made in Heaven’ on the Female Gaze in Action”