It was 1973 and I had just boarded a six-hour flight from Nairobi to Bombay by myself, having left behind four small children, a busy husband and my mother-in-law whose skeptical voice accompanied me: “Stop this talk. You have a family. This path isn’t for someone who has responsibilities.”

But I was in love, a kind of love I had never experienced before. I was 29, and its pull was irresistible.

He was called Bhagwan (later Osho) and I had read his books for the first time a few months earlier. I’d stayed up all night reading them, and my mother-in-law had asked me why. “This man is dangerous,” I had said, my eyes wide. “Either I have been living my entire life upside down, or he is upside down. But whatever it is, from now on, I can neither live with him nor without him.”

And so the junoon (madness) began, destined to pull my entire family into the vortex of a seeker’s journey.

For all six hours of the flight, I was ‘talking’ to him. What would I write to my mother-in-law after meeting such a man? What should I ask him? What does divinity look like in human form? The thoughts bubbled in my head. As the airplane landed and city lights came into view, my eyes sought out the light of his home.

Half a day later, I arrived at his doorstep.

I was led to his room, where he sat alone in a corner. As I approached him with tears in my eyes, he said lovingly, “So you have come, Rashma. Have you come today? Have you come alone?”

I fell crying at his feet.

“What was all that you were talking to me in the flight?”

It has been 45 years. The devotion is still alive. And it has encased my family too in its fold.

First published in the July 2018 issue of eShe magazine. 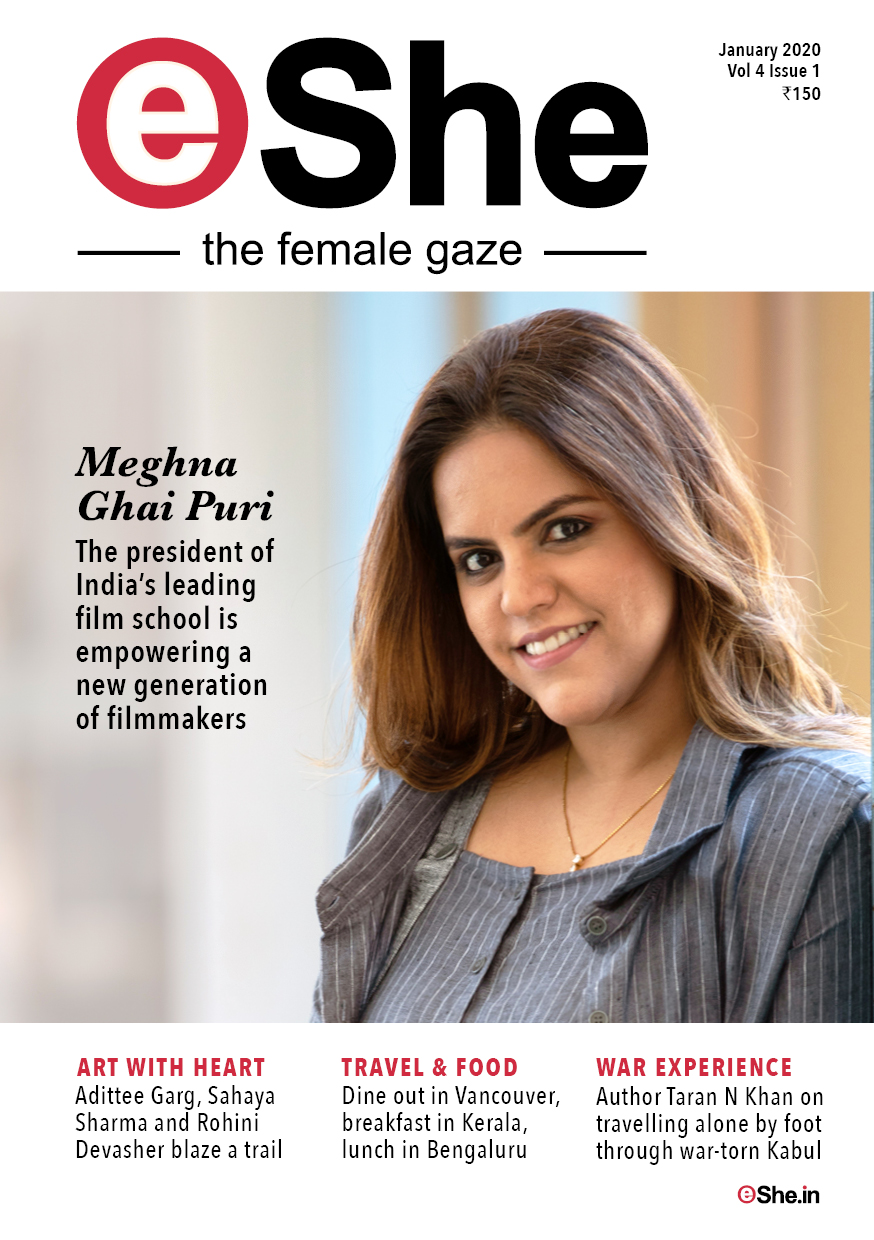 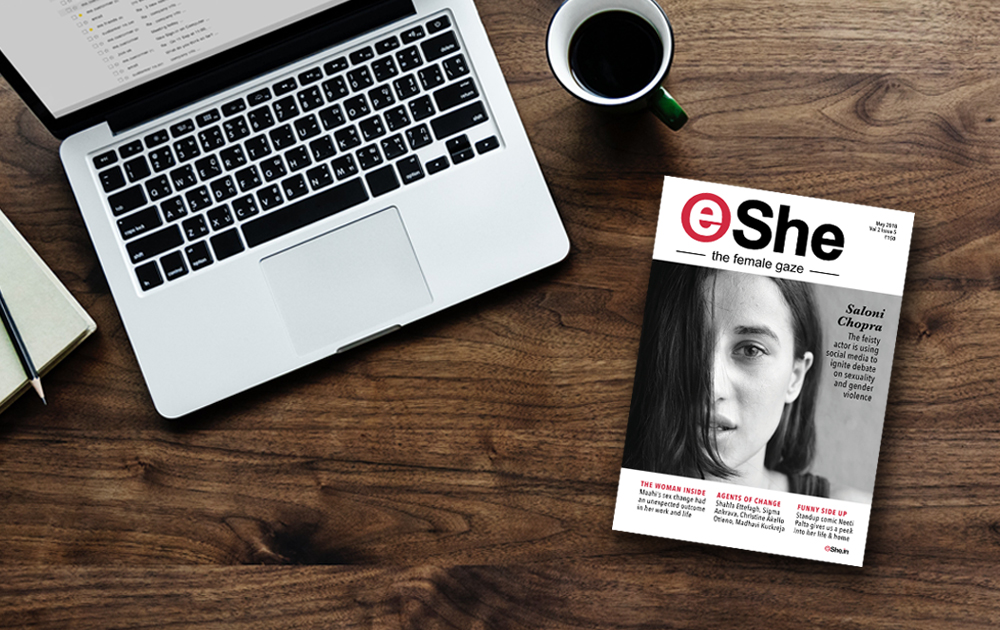 Happy Birthday #VirginiaWoolf! Born this day in 1882, the English novelist and essayist Virginia Woolf wrote some of world's pioneering feminist works. She is ranked among the most important modernist writers of the 20th century. #QOTD #feminism #thoughtfortheday #menandwomen #writer #eshe #eshemagazine #Womensmagazine #womensviews #womensvoices #Quoteoftheday #empowerwomen #womenempowerment #britishauthors #novelist #mrsdalloway #womenwhowrite
A new report by #Oxfam says, "Economic inequality is out of control. The richest 22 men in the world own more wealth than all the women in Africa. This great divide is based on a flawed and sexist economic system that values the wealth of the privileged few, mostly men, more than the billions of hours of the most essential work – the unpaid and underpaid care work done primarily by women and girls around the world." #genderequality . . . #whyweneedfeminism #girls #equality #sexism #feminism #eshe #eshemagazine #qotd #fact #unpaid #Womensmagazine #womenoftheworld #equalworld #letsdothis #fair #blackandwhite #numbersdontlie
#eSheNews Two South Korean YouTubers – Jung Se-young, a teacher, and Baeck Ha-na, an accountant – who vow to stay single have gained celebrity status for their SOLOdarity channel with over 37,000 followers in its first year. The 30-somethings dish out advice to women on why they should stay single, as well as touching on other feminist topics that challenge South Korean women’s traditional backseat role. They compare marriage to slavery for women and criticise the tradition of fathers giving away brides as offensive. The pair’s “No Marriage” movement has tapped into burgeoning feminism in South Korea and has created an uproar. #southkorea #womenoftheworld #eshemagazine #eshe #womensviews #feminism #womensvoices #womensmagazine #southkoreablog #youtuber #womenswire #womensnews #asia #inspiringquotes #Quoteoftheday #patriarchy #smashthepatriarchy
Nirmika Singh, one of the few female lyricists in India, was roped in for the anthem of the conclusion to the 22-film series, Avengers: Endgame, by AR Rahman. Read her interview on eShe.in #eshe #eshemagazine #nirmikasingh #Quoteoftheday #qotd #music #arrahman #artist #lyricist #mumbai #mumbaigirl #india #indianwomen #girlswholead #Womensmagazine #womensviews #womensvoices #inspiringquotes #inspirationalstories #inspiration
Learning to love yourself is the greatest love of all! | Louise Lynn Hay, American motivational speaker and entrepreneur #eshe #womensvoices #motivation #thursdaythoughts #eshemagazine #thoughtfortheday #qotd #quotefortheday #louisehay #hayhouse #womenoftheworld #wonderwomen #inspiringquotes #inspirationalstories #readandinspire #womenempowerment
With more than two decades of experience researching and treating thousands of patients, health tech pioneer and women’s health expert Kirsten Karchmer found that most period problems women experience are reflective of one’s overall health and fertility, and are totally correctable. In her new book #SeeingRed, she writes that the period is a woman’s most instructive feedback mechanism for her health and fertility. Read the review of her book today on eShe.in #eshe #eshemagazine #bookreview #author #menstrualhealth #womenshealth #menstruation #womensvoices #quotefortheday #kirstenkarhmer #simonschusterindia #books #readandinspire #dailyinspiration #thoughtfortheday #qotd

How the ‘Centring’ Technique Helped Me Deal with Stressful Situations 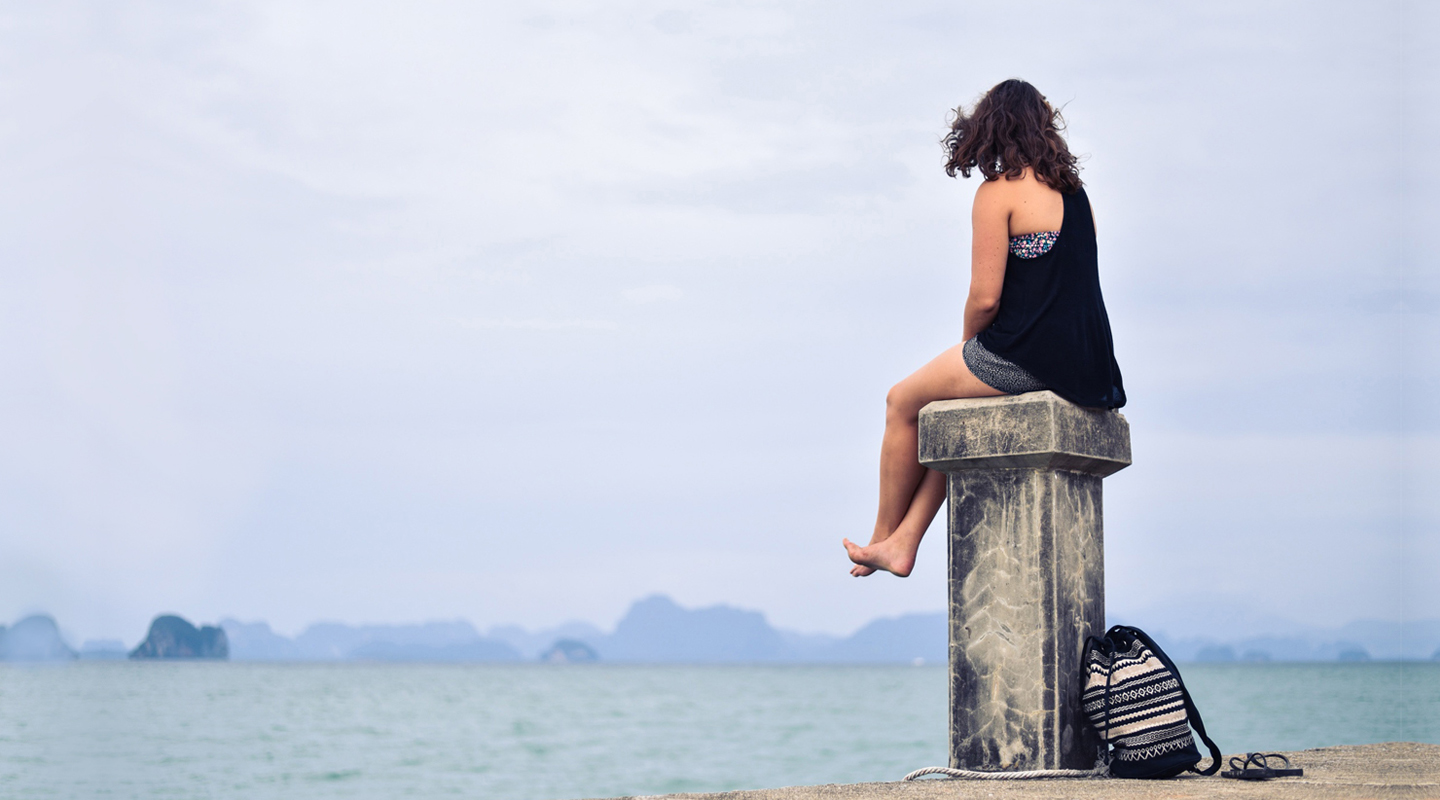 An ‘Invisible’ Girl, a Planet, and a Fight to be ‘Seen’ 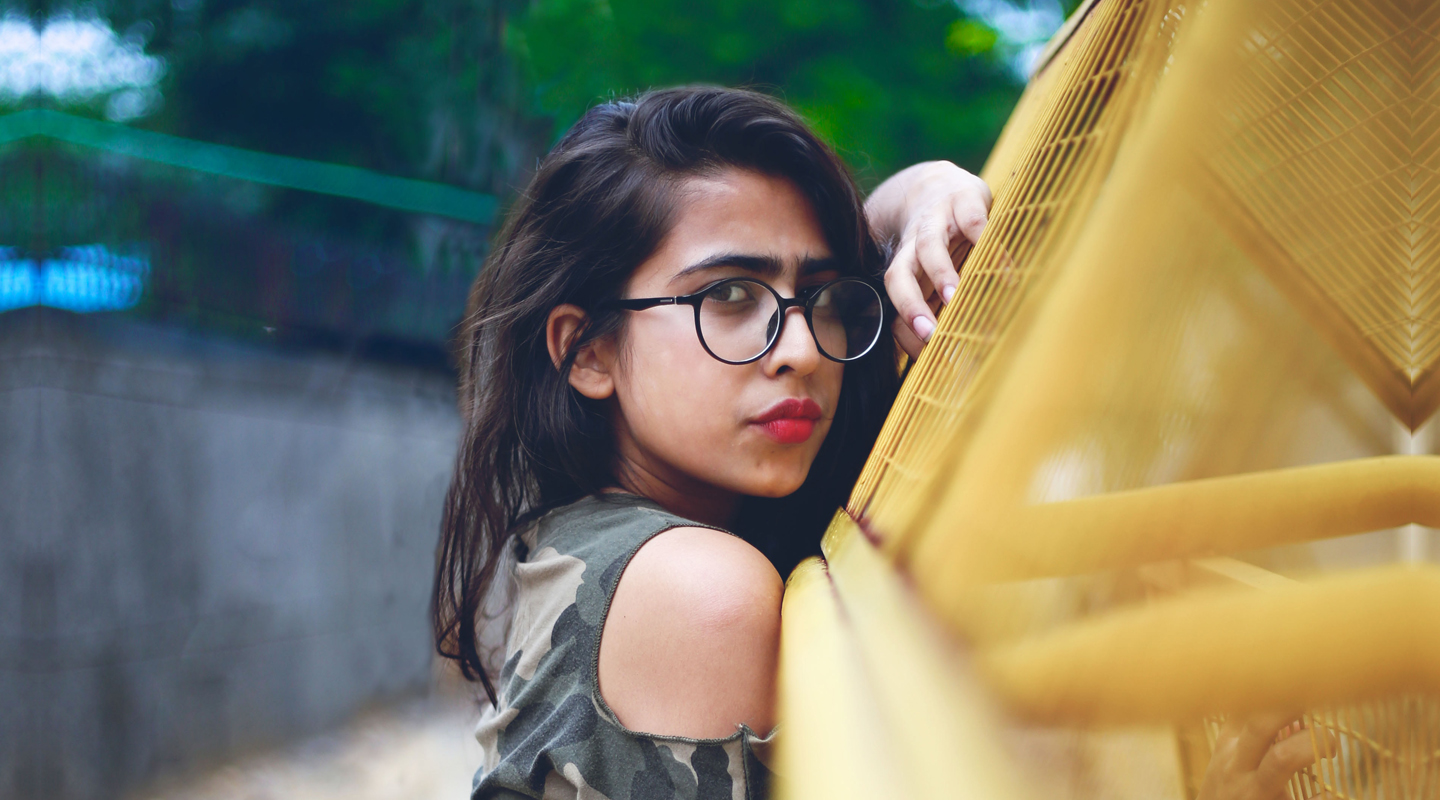 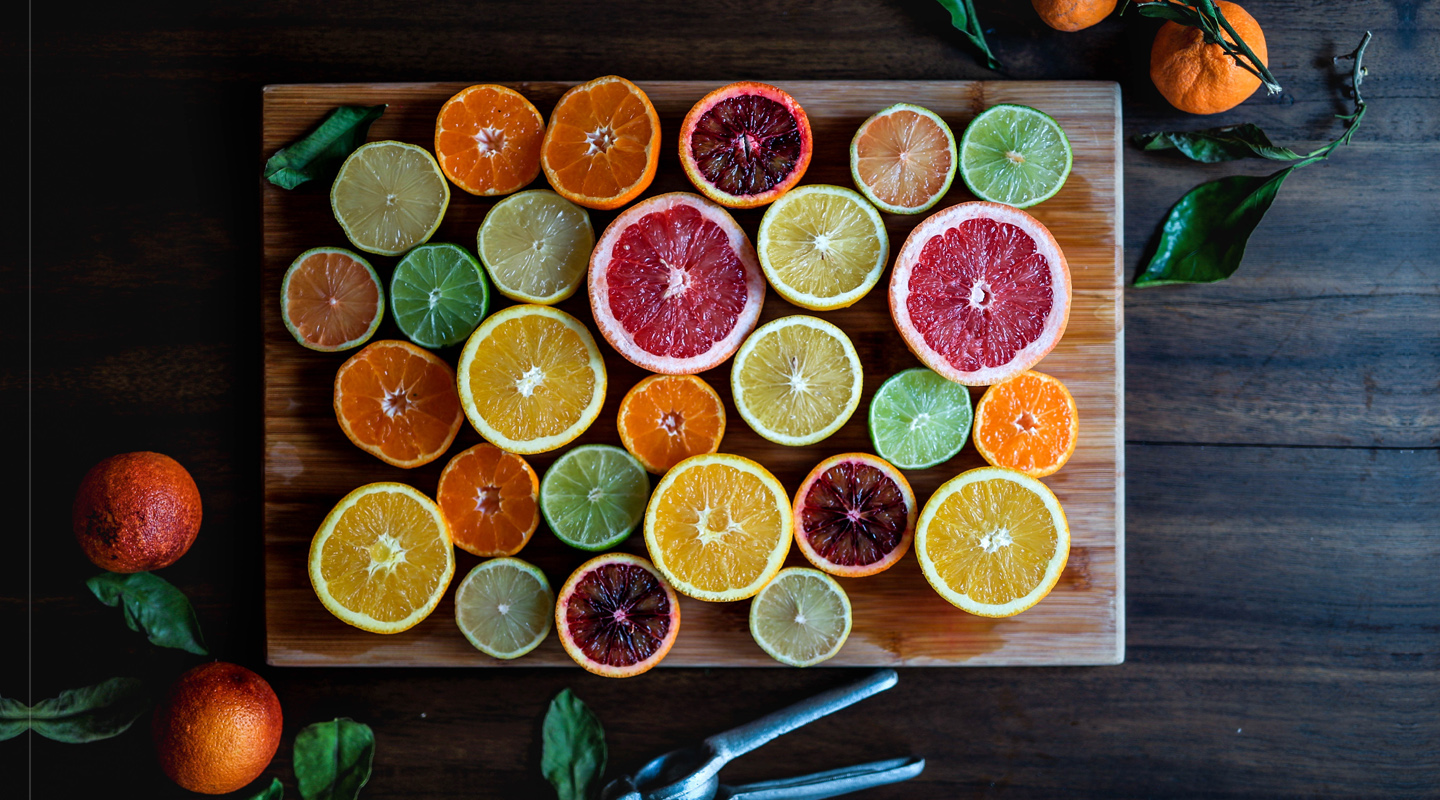 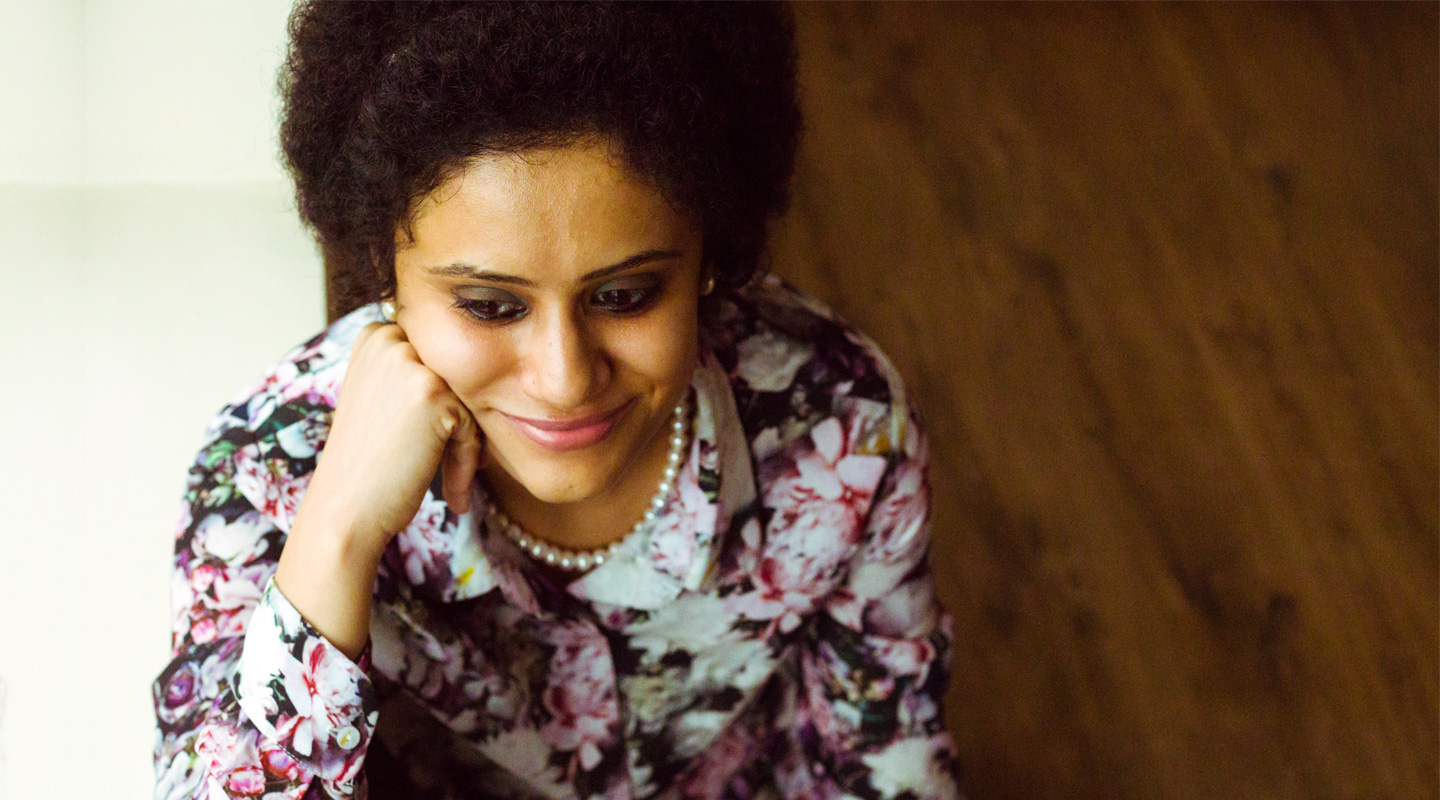 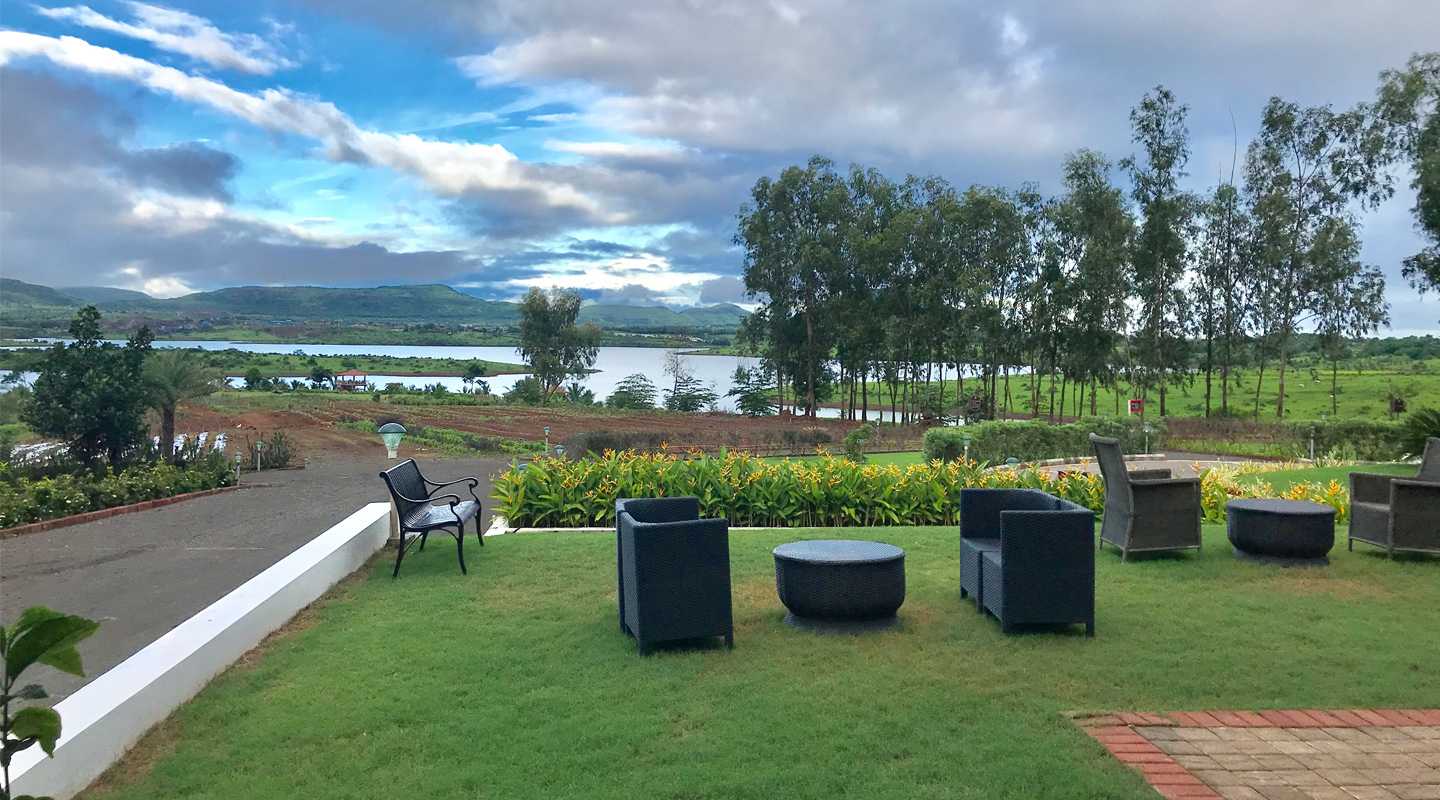 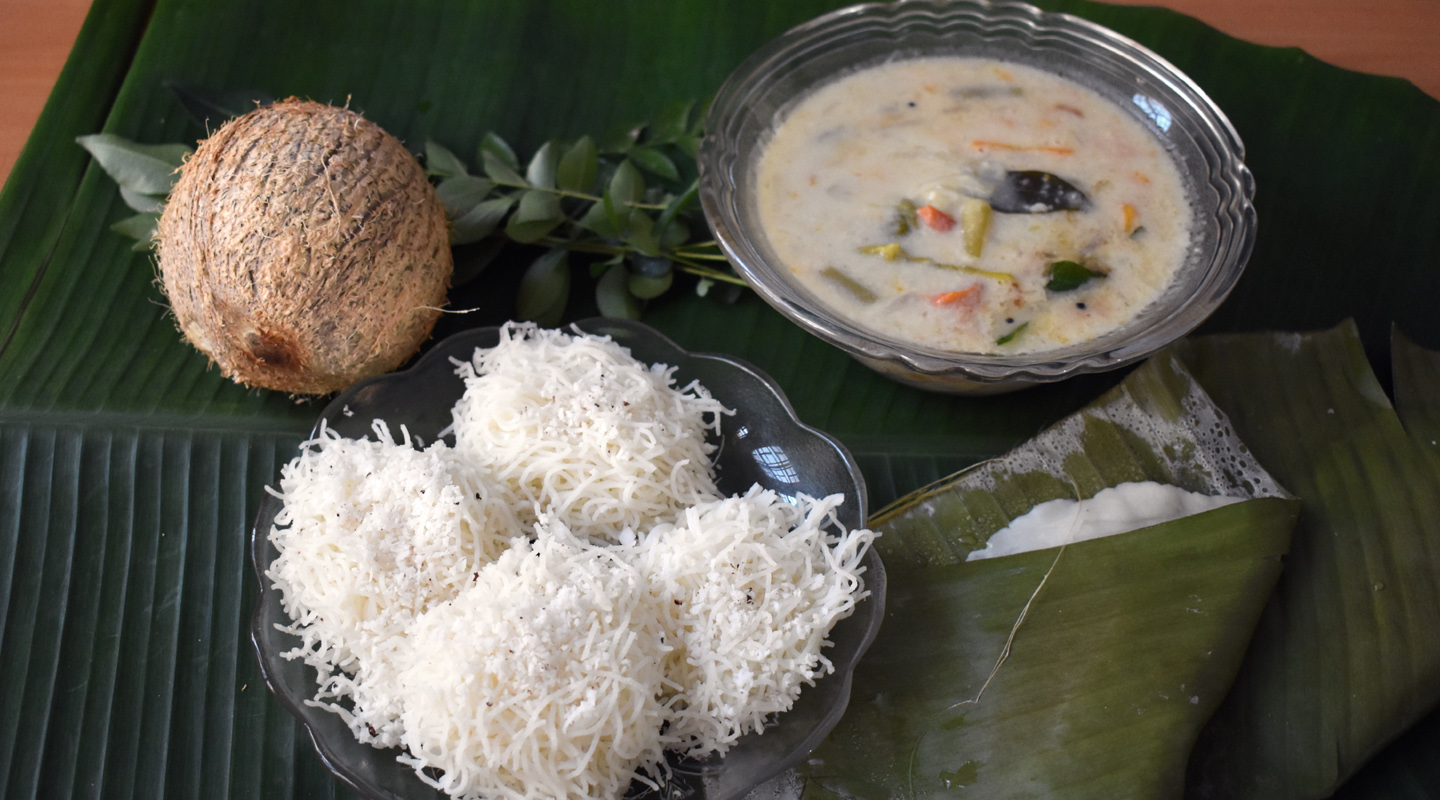 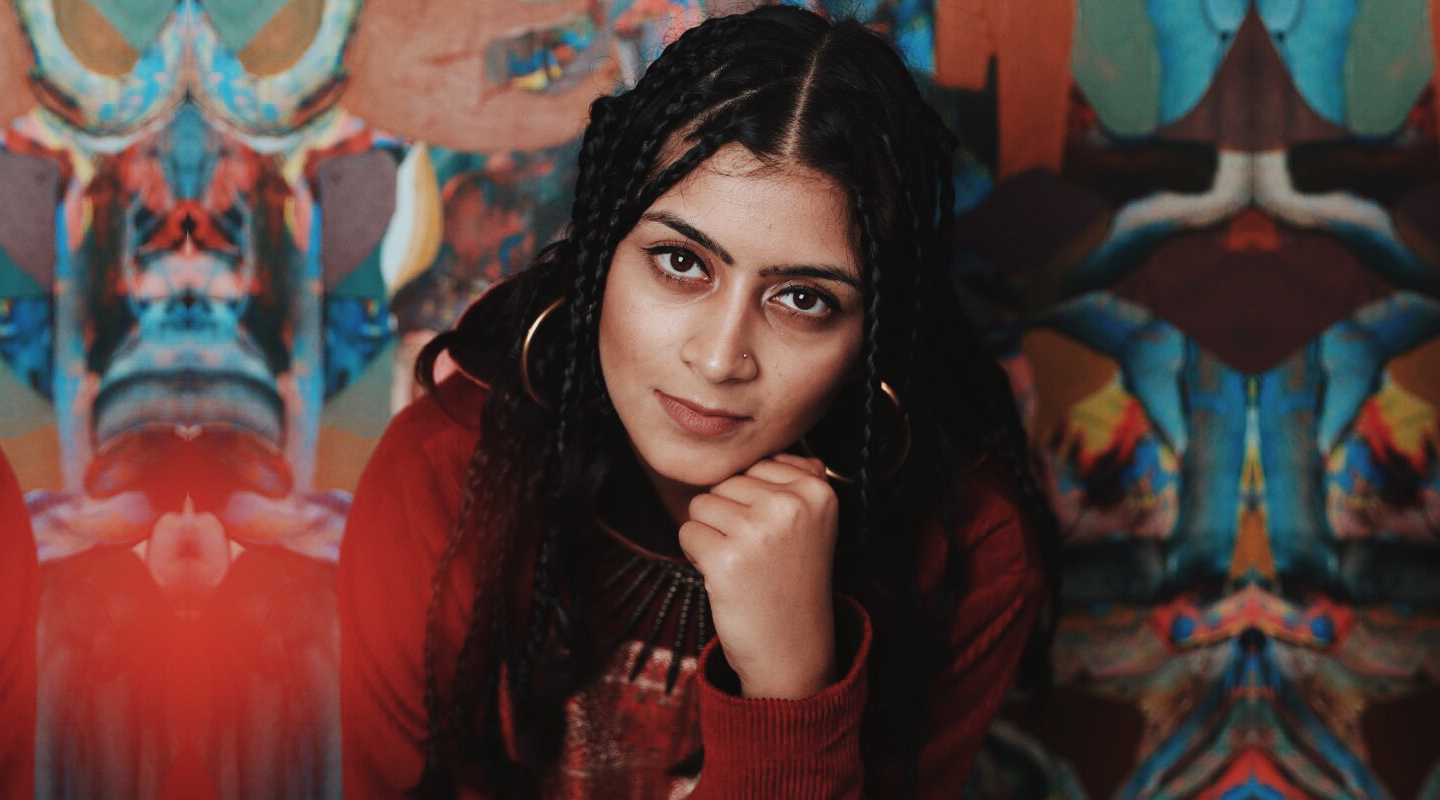 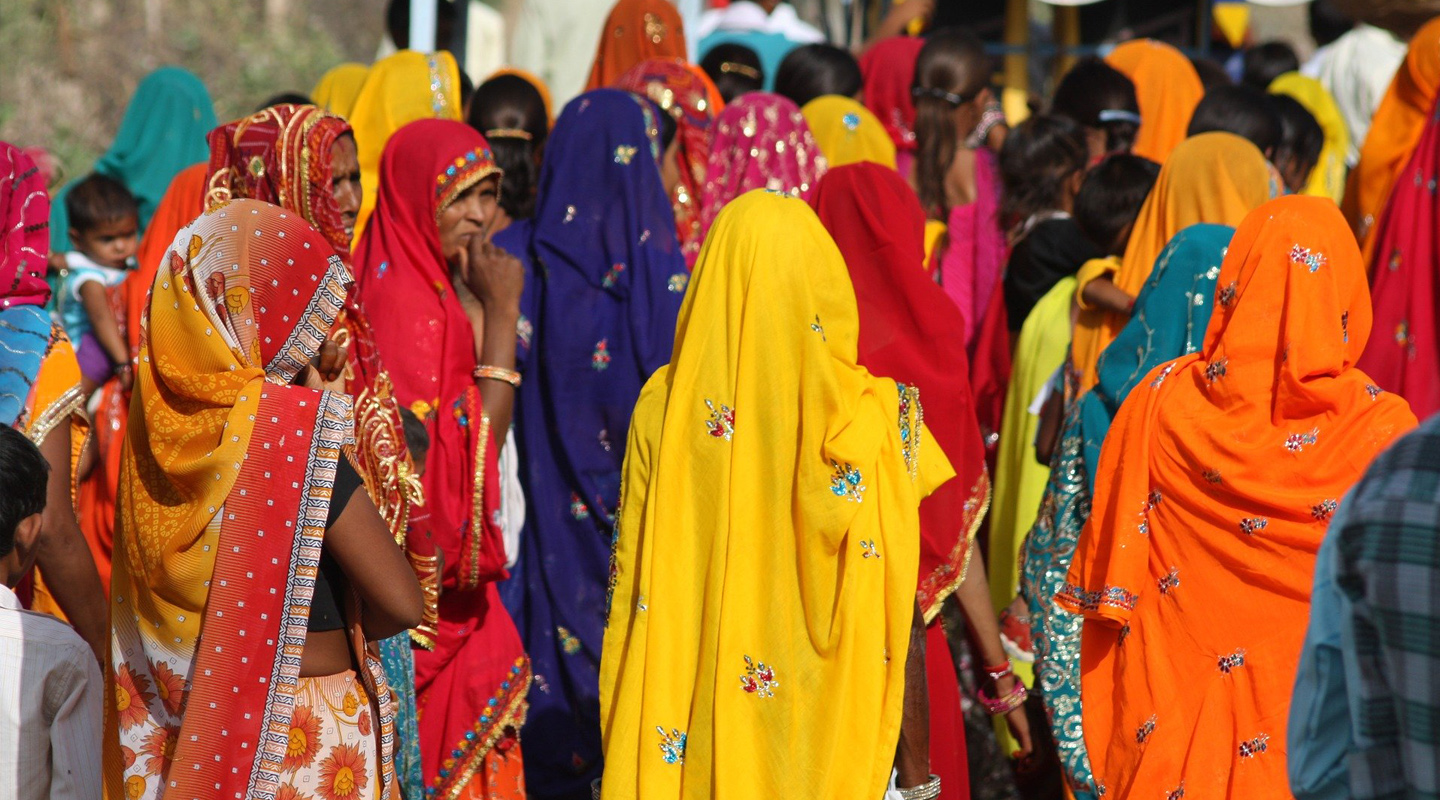 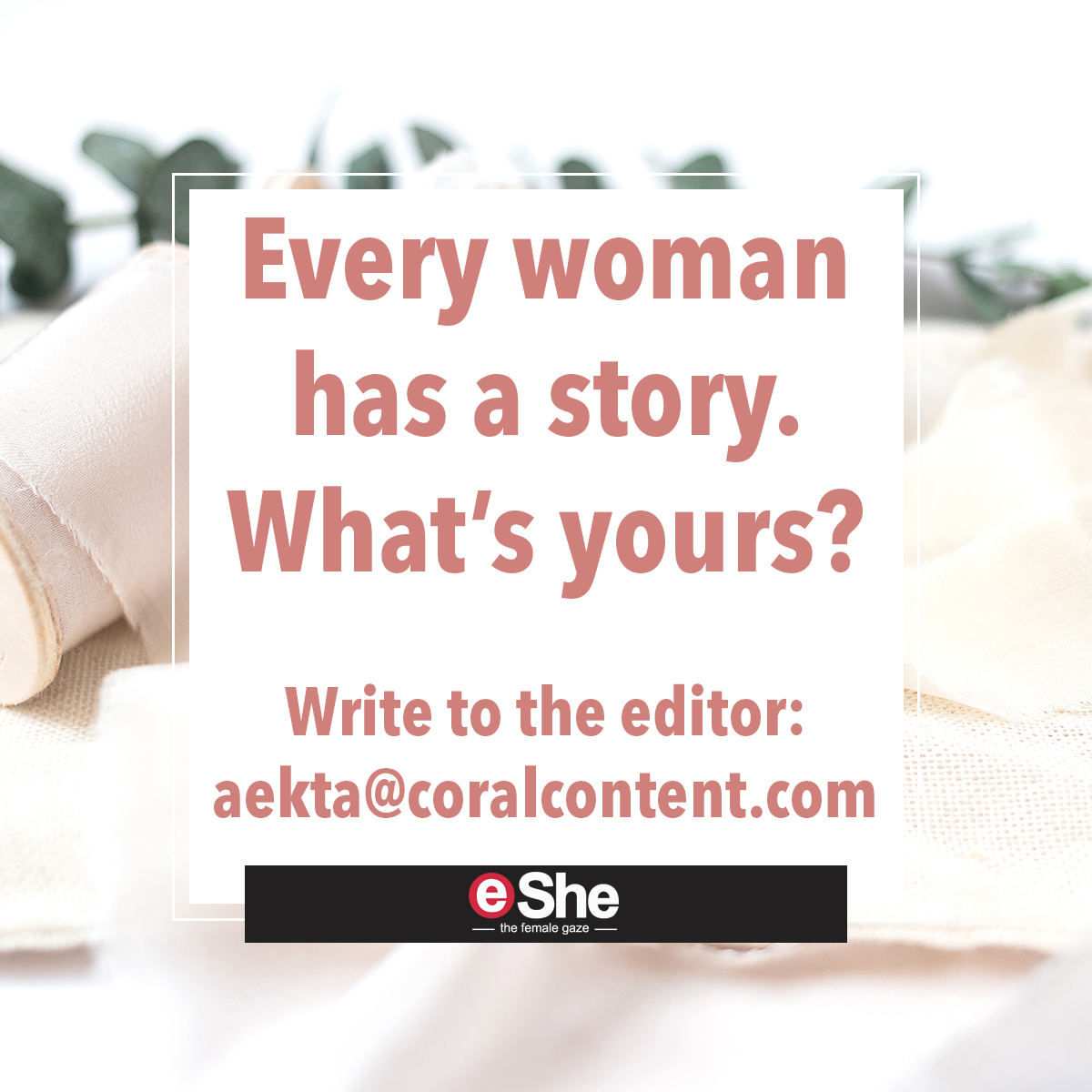